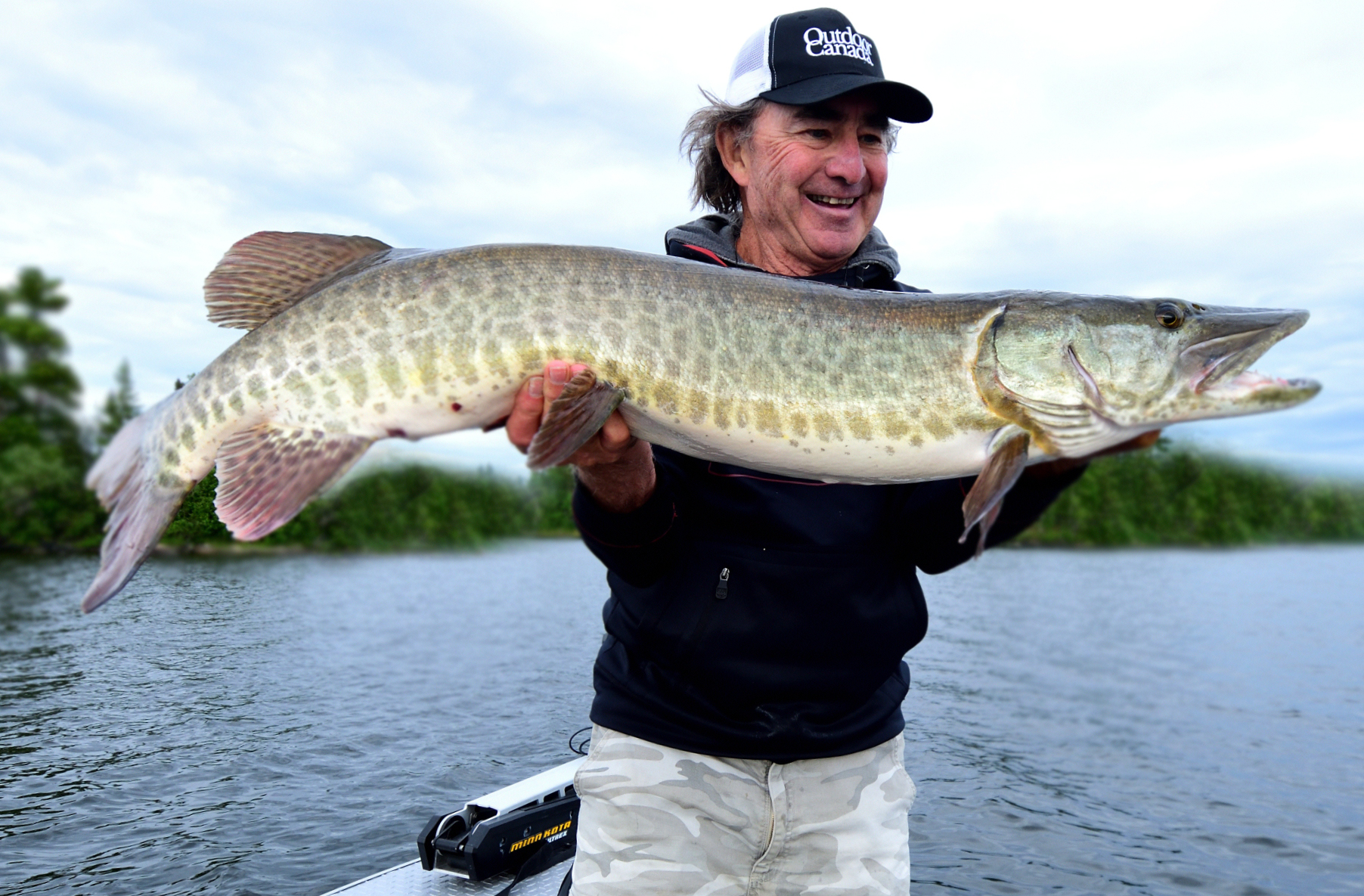 To catch the biggest fish, get your lure in their kill zone. Here’s how 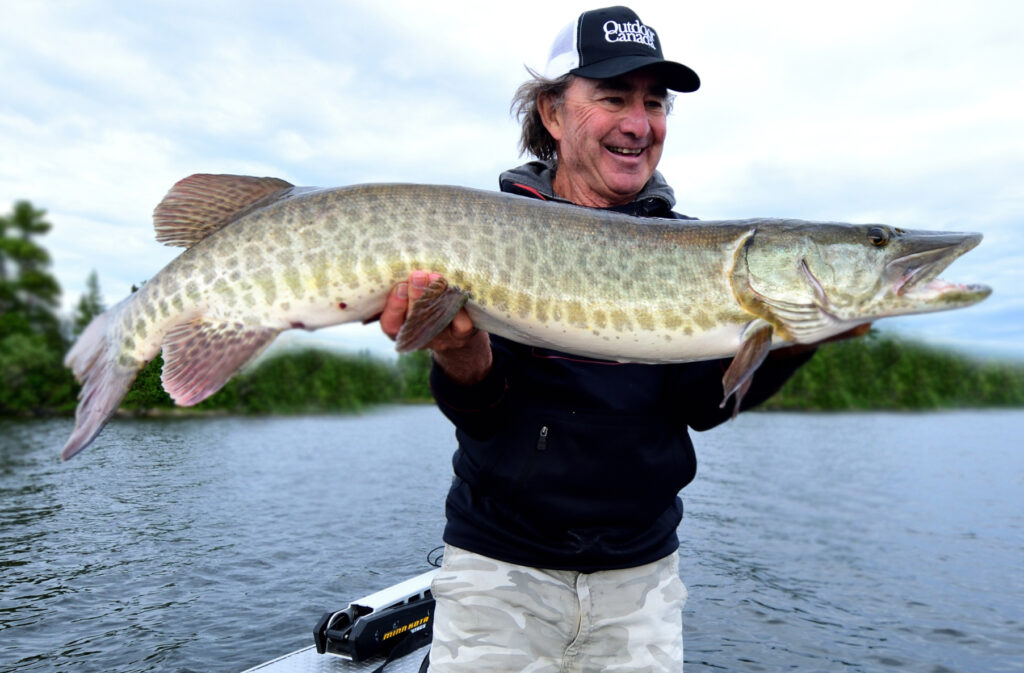 Well, the 2021 muskie season opened with a bang 10 days ago and it hasn’t taken its foot off the gas pedal since. In fact, the action has only gotten better with each passing day. We have caught and/or raised several big toothy giants, with a bunch of prodigiously porky pike thrown into the mix. It has to slow down at some point, but until it does, I’m not taking my foot off the gas pedal either.

I spent several enjoyable evenings this past spring doing social media seminars, including Muskie Sunday at the Spring Fishing Show, with my good friend and Ottawa River Musky Factory owner John Anderson on his Muskie Monday webcast, and the folks associated with Muskies Canada and the various Muskies Canada clubs, including the Hamilton, Mississaugua and Barrie Chapters. And one of the things we discussed in each of the presentations was the critical importance of kill zones.

Now, most folks are familiar with the principle of structural “sweet spots.” This is the term we often use to describe the area on a fishy piece of structure where you find a distinguishing feature that attracts, concentrates and holds the fish. It could be a submerged log laying on the bottom of a bedrock saddle that connects two islands, or a Volkswagen-size boulder near the tip of an underwater point. Essentially, it’s something different that acts like a magnet, and pulls in the fish. As I mentioned during the seminars, however, I think you’ll fish these spots totally differently if you think if them less as sweet spots, and more as kill zones.

I arrived at this new way of thinking when I was preparing for the Spring Fishing Show’s Muskie Sunday seminar, and I realized that on nearly every one of my best muskie spots, we only catch fish in a one very small area. Understand what I am saying? I could take you to my all-time favourite muskie location, and unless you make several casts to one precise spot—a spot no bigger than the size of your truck or car—you will not see or catch a fish. The whole large structural complex screams prime muskie real estate but, over 45 years of fishing I have not caught a fish—NOT ONE—in the surrounding area. It’s so shockingly bizarre, too, because the “lead-ins” and travel corridors to the spot look so outrageously fishy. And I always cast around the area as I work my way in, reckoning that I am going to intercept a big fish as it, too, heads toward the kill zone. But it’s never ever happened. Maybe the fish have learned over the years that their success rate attacking prey plummets when they’re out in the open and so, they don’t waste their time and energy until they’ve set up properly in the kill zone. It is a mystery. 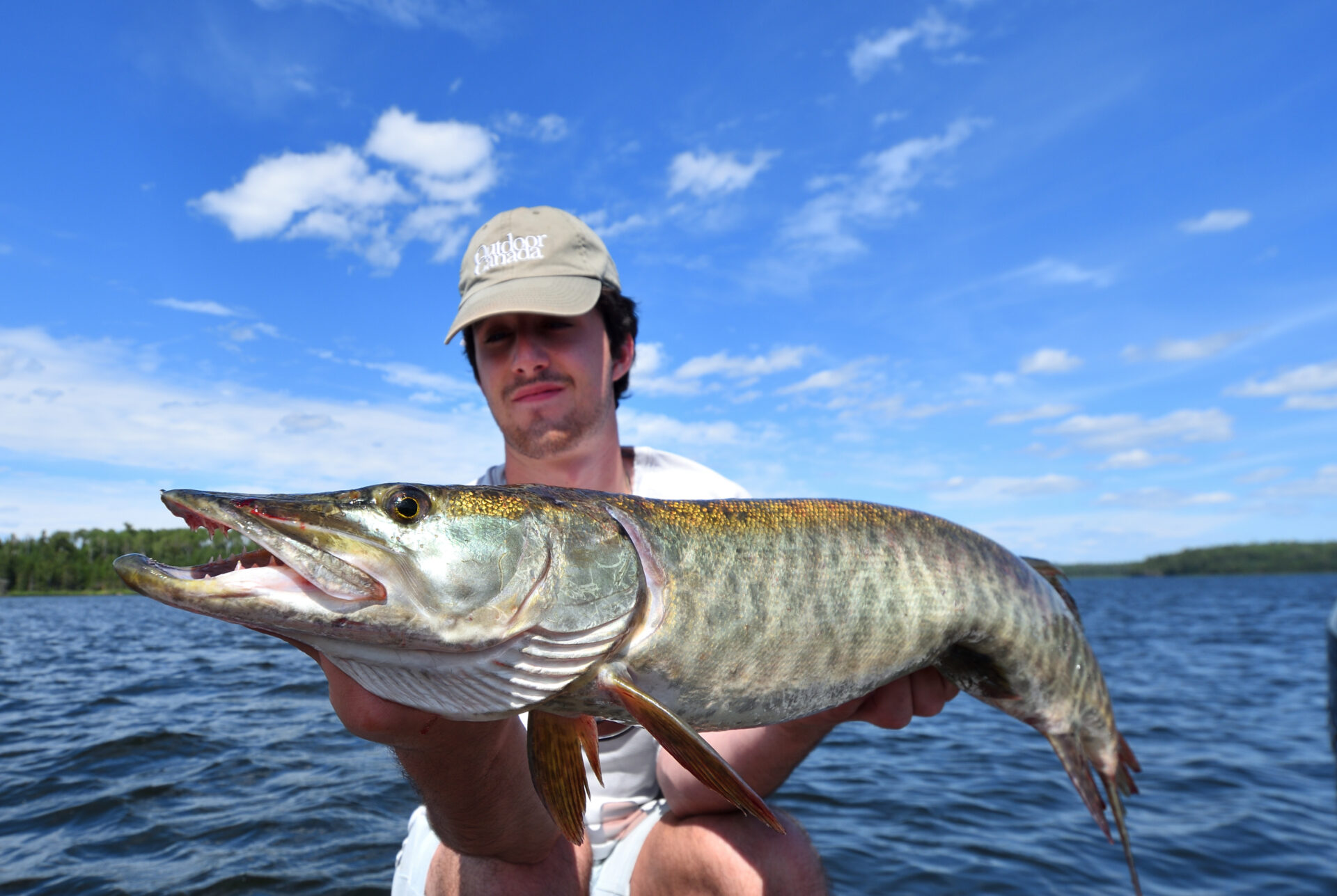 Anyway, I mentioned this during one of the seminars, and how I’ve changed my approach to fishing these areas.  I turn off the big motor well away from the kill zones and use my bow mounted Minn Kota Ultrex to approach them as quietly as possible. I also spend far less time casting my way in, so as not to alert the fish to my presence. Muskie hunter George Taylor, who was listening in to one of the presentations, took my wrds to heart and then sent me this message recently: “We scared a muskie moving into one of our spots.  We were following the ‘Pyzer Approach Protocol,’ we snuck up with the trolling motor. It didn’t see us until we were literally on top of it.”

Now, I’m sure you’re wondering, how do I find the kill spot on a piece of structure?  It’s the question I get asked all the time and my answer is always the same: The old fashioned way, through hard work.  Fish a spot often enough and over time you’ll start to see that they almost always hit or follow when you cast to one specific spot. When that happens, go in and explore it with your electric trolling motor. If you can see all the way to the bottom, so much the better. If you flush out a big fish, better still. Heck, hop out of the boat if it’s shallow enough and wade around exploring. If it’s too deep, on the other hand, turn on your sonar unit and zoom in. I’ll adjust the Humminbird Helix 12 that I have up front and set the maximum depth to one or two feet deeper than the bottom, so my entire screen is dedicated to showing me the relevant information I need. More telling, is when I turn on the 360 MEGA imaging transducer. On my favourite spot, I found that the fish-holding ambush location that the muskies use is an eight- to 10-foot-long trough that the waves have cut out from behind a giant boulder. As soon as I saw it, 45 years of fishing the structure suddenly made sense.