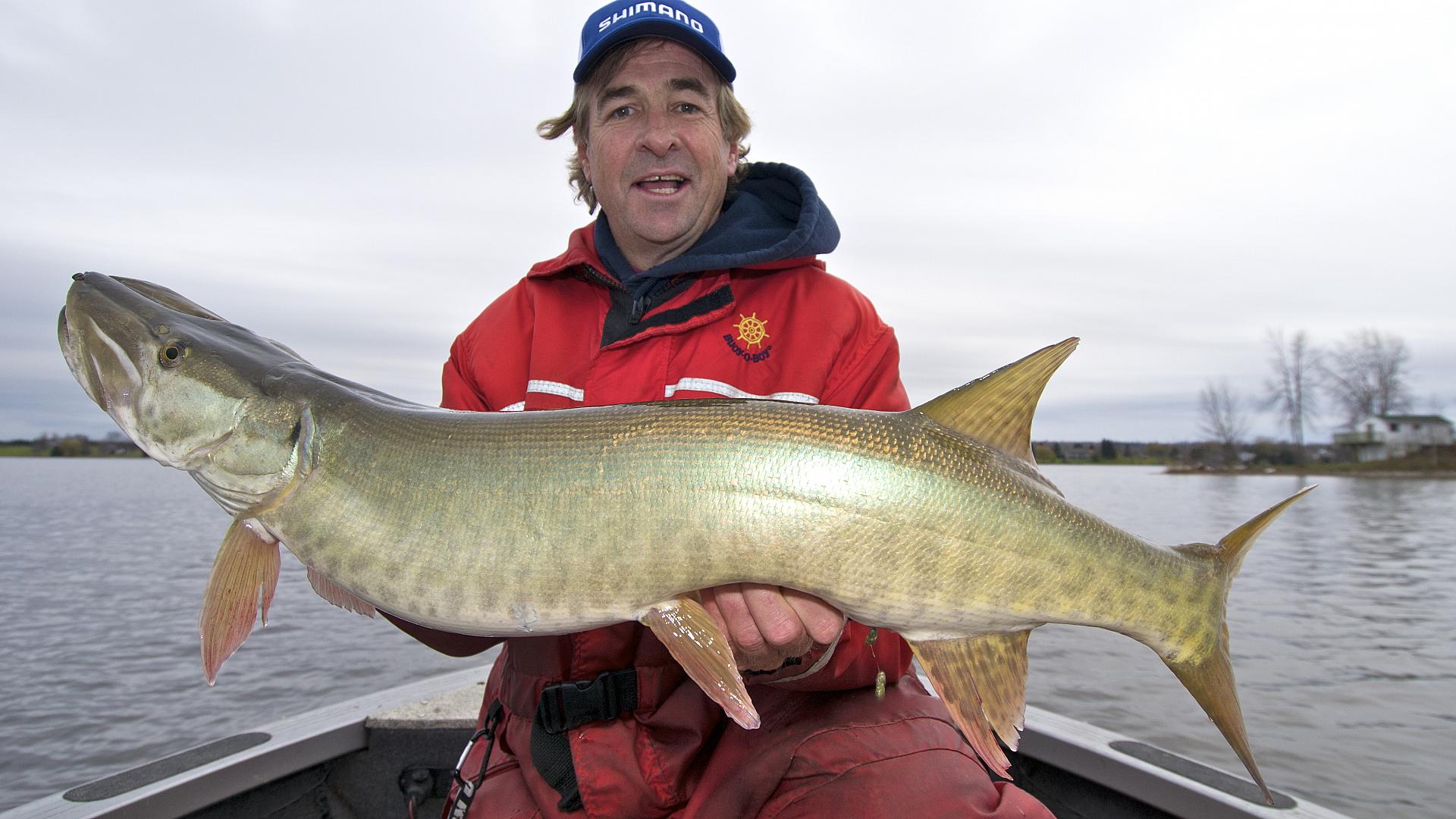 To find lunker fish in fall, stay away from the crowds

Late fall might just be my favourite time of the year to go fishing. Nearly every sportfish species, including bruiser bass, wild walleye, portly pike and mammoth muskie, bunch up big time in the fall. And when you find them, it can be like picking plump, juicy grapes from the vine.

The bad news, however, is that these fish traditionally home in on the same spots every year. And on popular lakes and rivers, such locations become well known and therefore highly pressured—you practically have to take a number and get in line to make a cast.

If only there were some secret hot spots missed by everyone else. Well, good luck with that, you’re probably thinking. But you would be wrong, at least according to the findings of fisheries biologist Sean Landsman. He’s the author of Project Noble Beast, an intensive radio and acoustical tracking study of 30 muskies in southeastern Ontario’s Ottawa and Rideau Rivers.

“One of the things that surprised me the most was that huge fish continue to use shallow water in late November,” Landsman says of his study. “Knowing what I know now, I would never troll. I would cast for these fish all season long, from ice-out in the spring until ice-up in the fall.”

What Landsman is disputing, of course, is the conventional wisdom that, when water temperatures plummet in late autumn, anglers need to pull away from site-specific shoreline spots, swap their casting gear for trolling outfits, then mind-numbingly ply kilometres of mid- to deep-water zones—especially for big, toothy critters.

If that were correct, Landsman’s research suggests, someone forgot to tell the fish. And if you think casting in the late fall is heresy, just wait until you hear what he says about fishing around dead, dying and withered weeds. These are the places that bass, walleye, pike and muskie anglers have long been told to avoid because the decaying vegetation sucks oxygen out of the water, forcing the fish to flee.

“I can’t tell you how enlightening it was to track a 52-inch muskie into two feet of water on November 23, the last day of the study,” Landsman says. “And it wasn’t just an occasional fish either. I followed other muskies into cold, shallow, weedy water as well. They would go way back into the marshy cattails, sometimes right up on top of the weeds.” He says he’s now confident that casting a suspending jerkbait over shallow weeds—dead or alive—in late November is not a waste of time.

Go your own way

The upshot here? All those withered weedbeds that largemouth bass, pike and muskie anglers avoid like the proverbial plague in the fall could well harbour secret schools of untouched, gargantuan fish.

I say could because Landsman also discovered that baitfish needed to be present as well. “I know what most anglers think when they see dead and dying weeds in the late fall,” he says. “But it doesn’t matter to the fish if the weeds are living, dying, dead or green—so long as there are prey fish around, it provides them with good ambush cover.”

Now, to be fair, Landsman did track many fish in the late fall that were using structures and cover in much deeper water, places that exemplify traditional late-fall locations. But those are also the kinds of spots that receive the bulk of the fall fishing pressure.

So, you can take a number and get in line if you like, or you can strike out on your own into heretic country, and find those far-flung potential fall hot spots that no one else fishes for bass, walleye, pike and muskies. I know where I’ll be heading this autumn.

Fishing editor Gord Pyzer is always on the hunt for waters less fished.

A Ph.D. student at the University of Prince Edward Island, Sean Landsman is currently studying how “nature-like fishways” enable fish to navigate around obstacles. For his master’s thesis in 2009, he studied the effects of catch-and-release fishing on muskies. During the course of that research, he discovered muskies often live in habitat many anglers commonly avoid. And he used biotelemetry, or radio-tagging, to assess behavioural changes and mortality rates after the fish were released. Want to find out more about his discoveries? Go to www.projectnoblebeast.blogspot.ca.