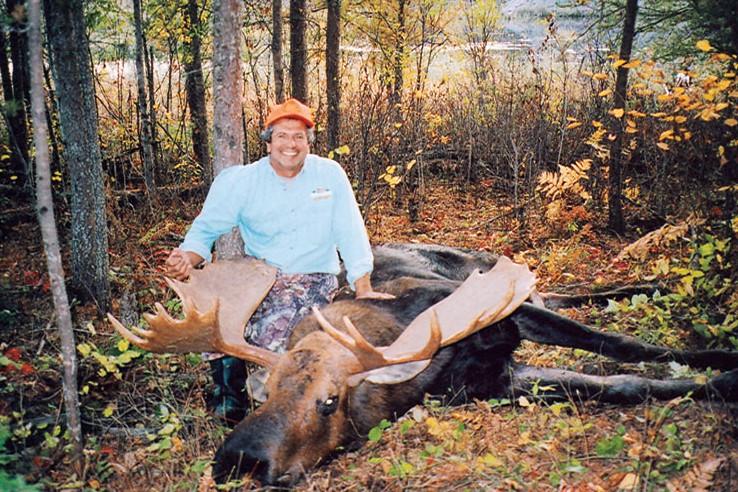 Ten different cartridges received votes as the best choice for moose, though only four earned significant support. The .300 Win. Mag. was the clear winner, garnering 26 of the 75 recommendations proffered, though the venerable .30-06 wasn’t far behind, with 22 mentions.

While the .338 Win. Mag. received strong support, that backing came mostly from B.C. and Alberta. That’s not surprising given the largest-bodied moose tend to come from the country’s western and northern extremes, and that these areas also have grizzly bears sharing much of the same habitat.

Other vote-getters included the .325 WSM, .300 WSM, .280, .270 Win., .308 and .300 Weatherby. Regarding the .300 Weatherby, its two votes were, with one exception, the only Weatherby cartridges mentioned throughout the entire survey. And I was surprised to see the .308 gather just one vote, as it has a storied reputation as a moose round in many parts of Eastern Canada.

Clearly, however, the survey respondents have a strong bent for magnum calibres when it comes to moose, with the .30-06 being the exception.

The near unanimous choice for .30-calibre rounds of any ilk was for 180-grain slugs. Only six guides recommended the 200-grain and heavier bullets that are available for the .30-06 or the .300 magnums.

Several guides commented it’s best to wait for a broadside shot into the vitals, where the easier-shooting 180-grain rounds will do more than enough damage, rather than take low-percentage shots demanding increased penetration.

Once again, the Nosler Partition received numerous recommendations as the bullet of choice, though the Barnes X and Trophy Bonded Bear Claw also had their fans.

One outfitter reinforced the idea that premium bullets designed for maximum penetration are the only way to go for moose, arguing that so-called shock is an overrated and misunderstood notion.

Most of the moose-hunting tips centred on calling during the rut, though not all the outfitters shared the same opinion.

One Manitoba guide recommended hunting and calling from the same spot for at least two consecutive days, while others suggested you should remain in one calling location from one to three hours before moving on. My guess is they’re all right for the areas they hunt, and that moose densities are the deciding variable.

There was this interesting reminder from one outfitter: while weather may influence moose movement, it won’t affect the timing of the rut, which takes place at the same time every year. This when many hunters believe weather can influence the timing.

Several guides advocated antler rattling and thrashing to mimic bulls when calling, especially if you’ve got a bull hung up that won’t commit to the last few yards. Related to this was the importance of remaining concealed and as still as possible when calling, since moose can pinpoint the exact source of any noise.

Finally, the guides generally recommended cow calling over bull grunting, with the best calling spots on or near water, whether a lake, river or beaver pond.