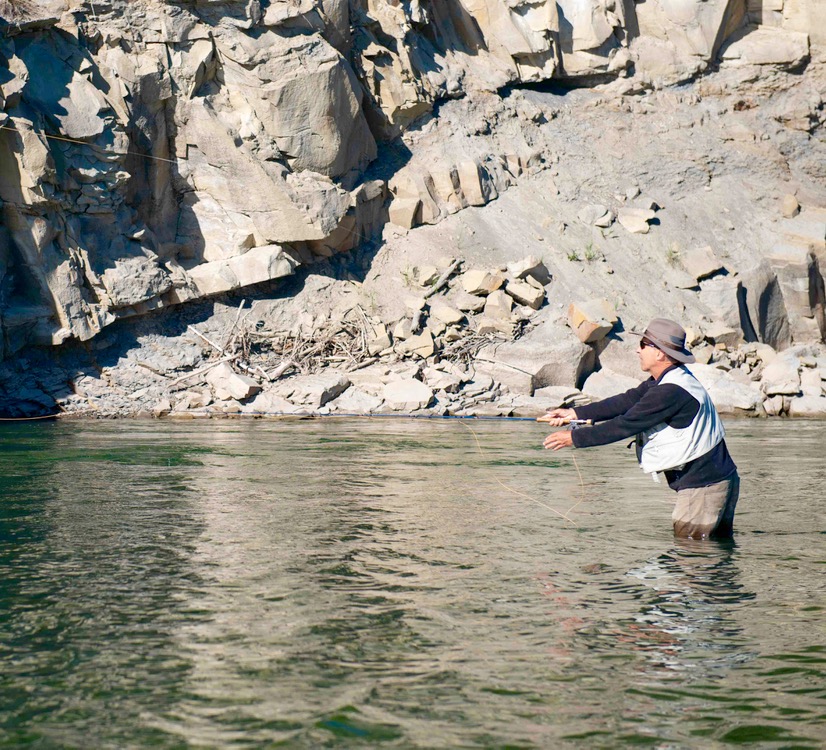 It’s as though we were being tested. Why else would heartbreakingly beautiful streams, teeming with wild native trout, be set into landscapes underlaid by one of the world’s dirtiest fuels? That’s the situation in Alberta, where new proposals for coal strip mines now threaten some of the province’s very best trout streams—the Ram, Livingstone, Oldman and Crowsnest Rivers.

If fate put trout and coal together in the same fragile landscapes to test our judgment, the province once took a remarkably smart and principled approach. That was back in the 1970s, when a government led by the visionary Peter Lougheed wanted to prove Albertans could profit from resource riches while also protecting the environment.

His government commissioned an exhaustive review of all the province’s natural resources, from oil, gas and coal through to timber, fish and wildlife. Based on that review, Alberta identified areas where coal mining could be encouraged, because there were few conflicts with other values, and areas where it would be prohibited. That was smart. Then the government took its draft policy out for extensive public consultation. That was principled.

The resulting A Coal Development Policy for Alberta promoted both coal mining and environmental protection, with the most fragile alpine landscapes of the Rocky Mountains closed to any coal development. Most of the scenic Eastern Slopes—284,000 hectares containing the best trout streams and wildlife habitat—were designated “Category 2” lands, where surface strip mines would be prohibited. Areas with less sensitivity were open for development.

That smart and principled approach means that anglers who visit the Ram, Livingstone, Oldman and Crowsnest today experience some of the world’s finest dry-fly fishing for wild cutthroat trout and big-game angling for monster bull trout. That’s in spite of both species being listed nationally as threatened. And the threats are real and ongoing—as recently as 2020, more than 90 per cent of the native cutthroat trout in B.C.’s Fording River died from selenium poisoning. It had leached from coal strip mines.

Now, however, all four of those Alberta streams are at imminent risk. In June 2020, the province rescinded Lougheed’s coal policy, throwing open Category 2 lands to new strip mines. There was no public consultation. Coal speculators, mostly from Australia, are now laying claim to the mountains that sustain those blue-ribbon trout waters.

Canada’s Ram River Coal, for example, has leased the fragile shale landscape surrounding the chutes of the Ram River—a spectacular canyon wilderness that sustains one of Alberta’s last viable bull trout populations. Angler and conservationist Dean Baayens describes the chutes as “the most awe-inspiring place in Alberta,” adding “it should be a world heritage site.” Instead, it may soon drain 90 square kilometres of open-pit coal mines.

Strip mining exposes crushed rock that releases selenium and other contaminants. Selenium is toxic to fish. And it pollutes for decades.

Foothills trout streams rely on clean, cold groundwater, and they’re quickly degraded by silt brought in by overland flooding. Strip mining removes the forest and meadow vegetation and porous soil that traps snowmelt and rain, turning it into groundwater. That means the Ram now faces a future of increasingly dirty flood events that will degrade its trout habitat.

Floods and erosion can be partly mitigated, at least, but pollution can’t. Strip mining exposes crushed rock that releases selenium and other contaminants. Selenium is toxic to fish. And it pollutes for decades.

That’s why anglers who treasure the Oldman River’s headwater streams are horrified by coal proposals in that sensitive drainage. One proposed mine—Riversdale Resources’ Grassy Mountain Coal Project—is currently undergoing a federal environmental review. Other companies aren’t even waiting to see if Grassy gets the go-ahead; their bulldozers are already actively exploring for coal. Almost 800 square kilometres of land in the upper Oldman—much of the water source area for the famous Livingstone, Oldman and Crowsnest Rivers—has now been leased for potential strip mining.

Alberta’s best mountain trout streams have one last hope—citizens. Angling and environmental groups have found common cause with ranchers, farmers and rural municipal governments to fight the province’s arbitrary abandonment of responsible land use policy. It’s only the latest of several anti-environment missteps by an increasingly unpopular government, and this time water security is involved. Even many who voted for the ruling United Conservative Party are angry. Barring federal intervention, that anger is the only hope that remains for Alberta’s wild trout, and those who love them.