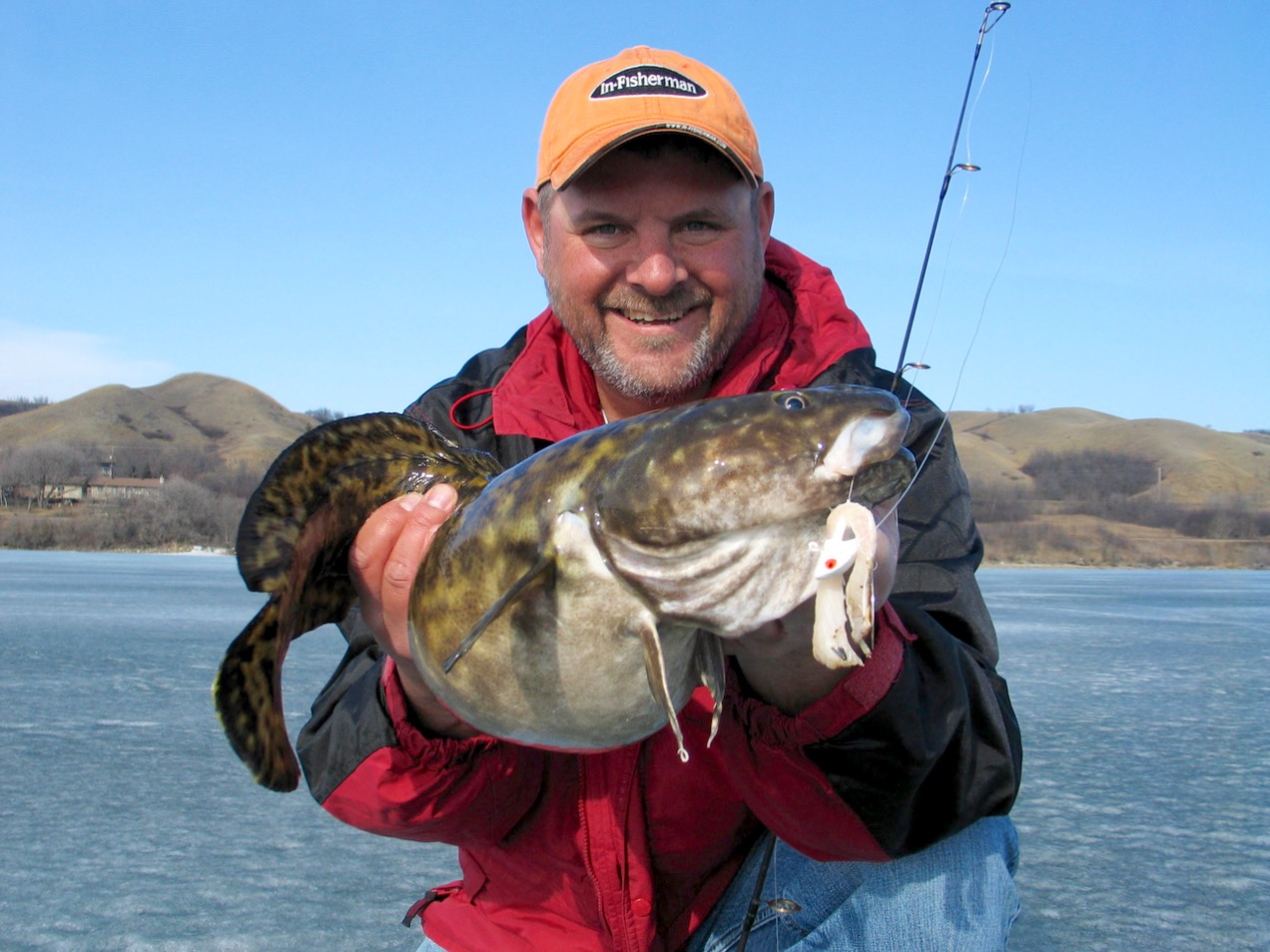 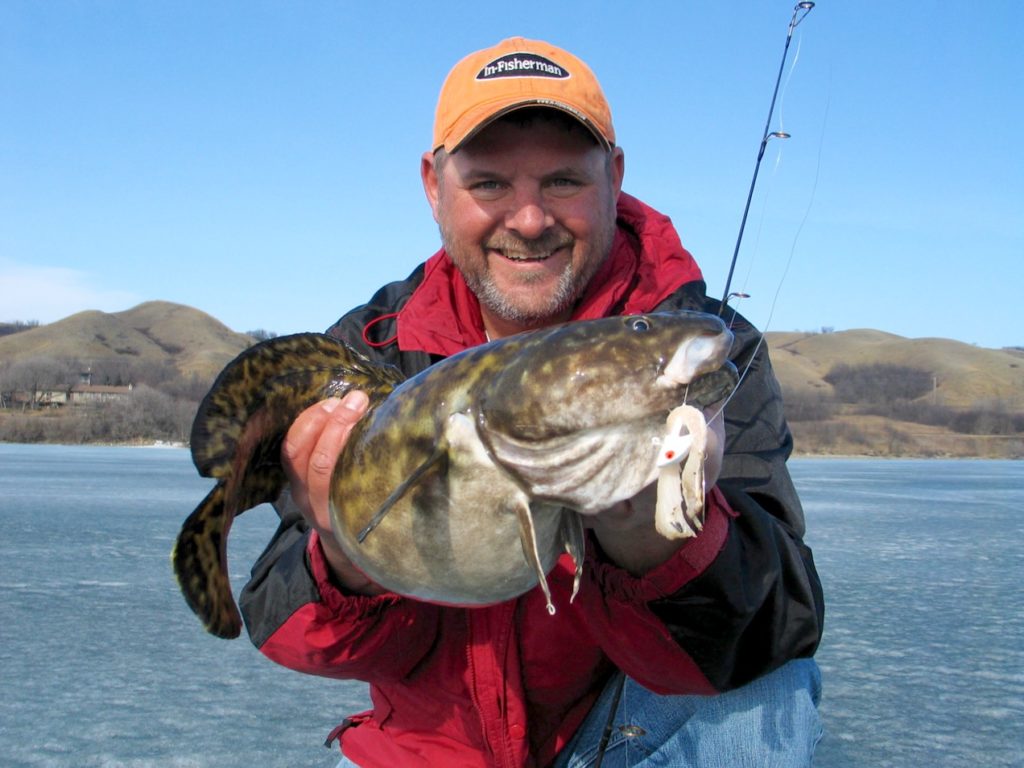 In Jeff Matity’s southern Saskatchewan neck of the woods, as in many other parts of the country, ice fishing for burbot has seen a cult-like surge in popularity. These big, bold freshwater cod can be hard to locate, however, because they congregate in dense schools in preparation for spawning under the ice. For most ice anglers, that means drilling dozens, if not hundreds, of holes over numerous structures to find the fish. But not Matity—he prefers to call the fish to him.

“I start by looking for mid-depth flats with access to the main-lake basin,” says Matity, whose YouTube channel, Matity’s GetFishing, is a big hit with anglers. “The whole flat is of interest, but the shortcut to success is finding the inside turns, steep drops and changes in bottom substrate.” Once set up, he pounds the bottom with a heavy, glow-in-the-dark 3/4-ounce ReelBait Flasher Jig baited with a strip of ciscoe belly meat (all tied to a 20-pound Sufix Invisiline fluorocarbon leader attached to a 20-pound Sufix 832 main line).

While churning up the bottom sediment with two- to four-foot hops, Matity never takes his eyes off his sonar. “Once a fish comes in to play,” he says, “I dance the lure gingerly on the bottom or creep it up a couple of feet.” And with the fish congregated on spawning beds, Matity stresses the importance of fishing with conservation in mind once you get the presentation dialed in. “Keep a few small fish to eat,” he says, “but carefully release the big girls.”

Jeff Matity has enjoyed such stunning success calling in burbot that he now also uses a 4.4-ounce, pearl-coloured Bondy Bait Mini Wobbler (above)—a lure designed to catch muskies—for the tactic. “My first experiments were epic,” he says with a chuckle. “Because the bait lands and sits upright, burbot pin it against the bottom and hook themselves. They come from everywhere to eat it.” To present this heavy lure from inside his ice shelter, Matity relies on a 24-inch, heavy-action HT Enterprises Blue Ice rod, and a reel spooled with 20-pound test Sufix 832 braid and a 40-pound Invisiline fluorocarbon leader. When he’s outside hole hopping, on the other hand, he prefers a longer 45-inch HT Sapphire rod.