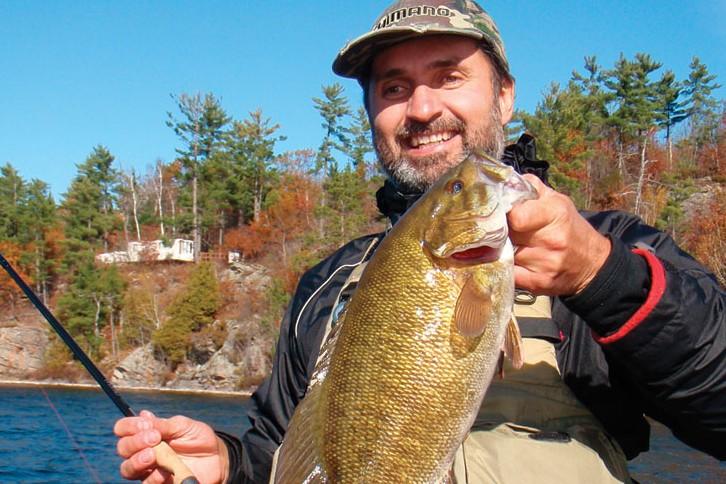 Use your senses to become a better angler

How to keep it simple, perfect your sense of touch, and stay organized

Despite being almost completely blind—he has enough light perception to tell if it’s day or night—46-year-old Lawrence Euteneier has certainly not lost his passion for fishing. Last year alone, the lifelong angler competed in five tournaments, landed a 300-pound pull shark (his personal best catch) and spoke to more than 600 visually impaired people about how to keep on fishing. Having steadily lost his eyesight since childhood, Euteneier has learned plenty of fishing tricks over the years to compensate—tips anyone can use to become a better angler.

Throughout the 1980s and ’90s, Euteneier says, his lack of vision meant he wasn’t distracted by reading about the latest fishing gear and techniques—or dazzled by all the new lures in stores. As a result, he says, he mostly stuck to fishing with the knowledge and tackle he’d acquired during t he 1970s. With his handful of in-line spinners, some topwater plugs, an assortment of Rapalas, some early soft-plastics and a box of hair jigs, Euteneier focused on learning to fish more effectively with the gear he had. The lesson? Keep it simple.

As we all know, fishing has a lot to do with the sense of touch. But do people with vision loss automatically have an enhanced ability to feel (and hear, for that matter)? Not according to Euteneie—-he says he simply depends on his sense of touch more than most and therefore gets more practice using it. At the same time, he points out, most people with healthy eyesight are taught at a young age to look but not touch. That very conditioning, says Euteneier, leads many anglers to place too much importance on their sense of sight, watching for a twitch in their line or a bend in their rod tips. The legally blind, on the other hand, are inherently able to block out visual distractions, he says, making them fish-catching machines. Euteneier’s message for sighted anglers? Practise using your sense of touch to detect telltale, subtle movements of your lure, line or rod.

No matter how good your eyesight is, Euteneier says, the better organized you are, the less time you’ll waste searching for gear when you could be fishing. For starters, he stores his lures in shallow plastic trays to prevent him from loading up the various compartments with multiple baits. The result is fewer tangled hooks when he goes to retrieve a particular lure. Plus, each tray is dedicated to a different type of lure, arranged with the brightest-coloured baits at the left through to the darkest ones on the right. The lures are also arranged according to size, with the smallest ones in the top compartments down to the bigger baits at the bottom.

As for soft-plastics, Euteneier stores them by style in special sleeves labeled accordingly in Braille. Finally, he tries to take along just one tackle bag when he hits the water, and he always bundles his rods together. The less he carries, Euteneier says, the slimmer the changes of leaving something behind—or not finding it when he needs it the most.