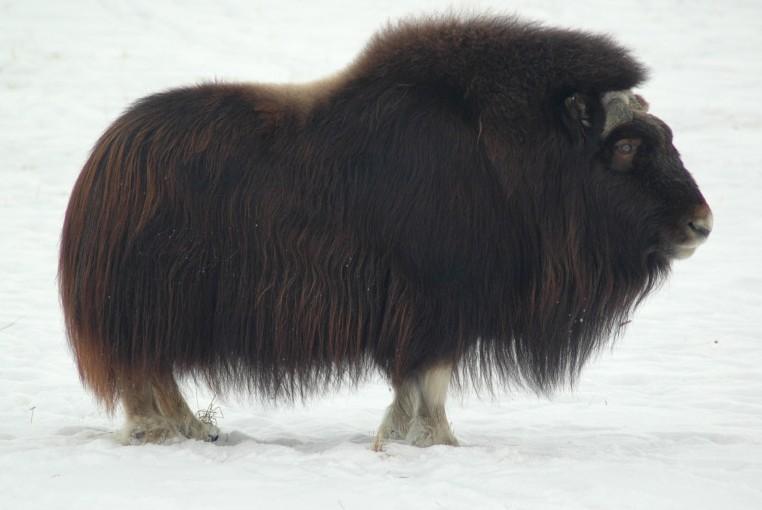 As the driving snow of yet another late-August squall stings your eyes, you catch a faint movement, then a looming form. The squall lifts for a moment, revealing a creature straight out of the ice ages. As its shaggy, dark chocolate fur sways in the wind, two beady eyes glare menacingly in your direction, framed by long, wickedly curving horns designed by nature for disembowelling. The creature stands almost as tall as you, and probably weighs half a ton. Before the veil of snow closes in again, the barren landscape, strewn with grey, weathered boulders, seems otherworldly. And when the squall finally passes, the place where the creature stood is now empty. You’ve just had a close encounter with one of Canada’s most remarkable big-game animals: a mature muskox. This is one trip that’s way off the radar for most Canadian hunters—an incredible hunt in the barrens inside the Arctic Circle. Even with a price tag of six to seven grand, plus airfare and extras, this is one guided hunt with great value for the cost. One of the largest land masses in Canada’s western Arctic archipelago, Victoria Island is home to more than 50,000 muskoxen. The gateway for hunt operations, including the island’s caribou, is Cambridge Bay, with a population of 1,900 hardy souls. From there, hunters are shuttled to camps three to four hours up the coast, and most fill their tags within two days of spot-and-stalk hunts. This is a rigorous hunt that few have contemplated, much less experienced. Pity.