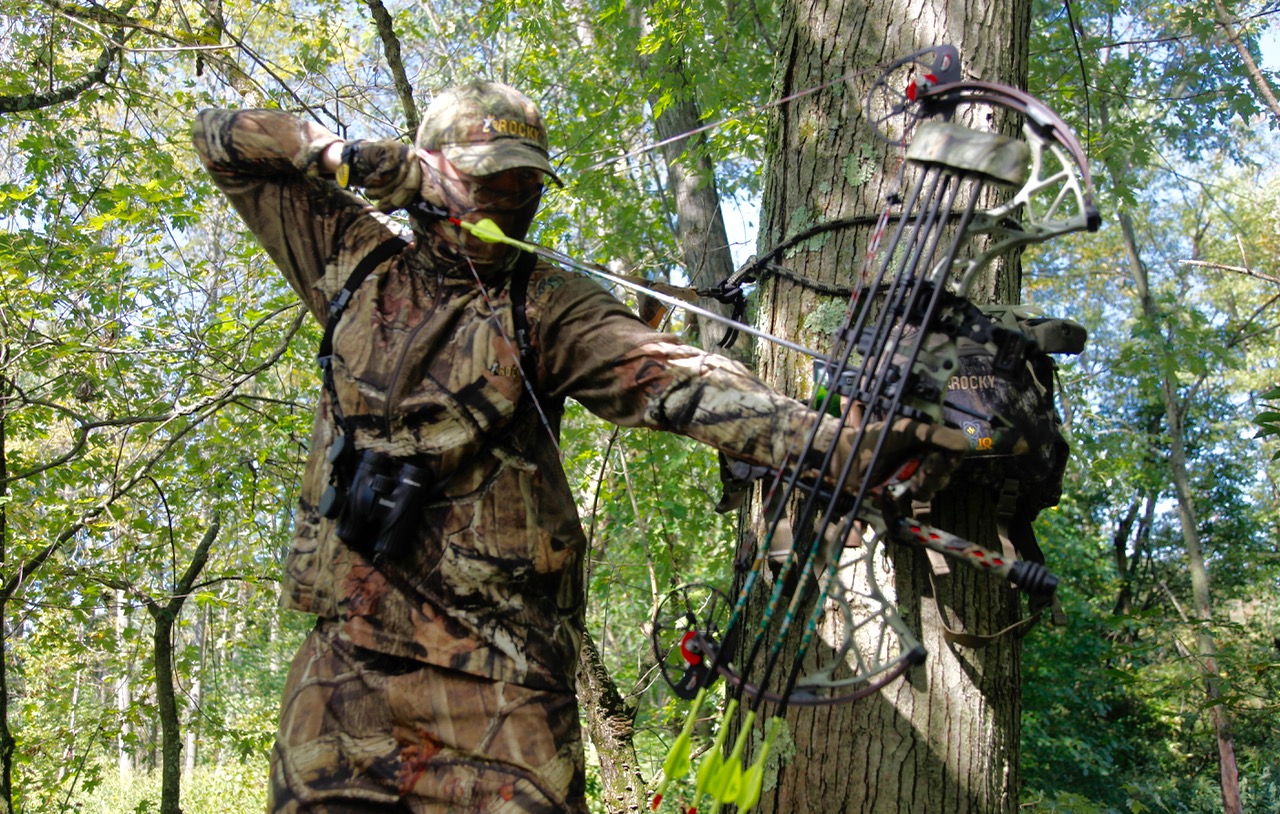 Want to be a better bowhunter? Master the fundamentals

Mastering archery’s fundamentals is key to a successful hunt

My moose-hunting partner and I were set up in a good location for an ambush, and with a bull coming up the trail toward us, it looked as though we had played our cards perfectly. As the moose walked directly in front of us—so close it was within spitting distance—I signalled my partner to draw and shoot. To my horror, he instead pulled out a rangefinder, and that was the last we saw of our cooperative moose. Had he been able to judge the distance unaided, things surely would have turned out differently.

Recent advances in archery technology are remarkable, but even with fast, easy-to-draw bows, specialized releases, lighter arrows and sophisticated optics, bowhunters still need to master the basic elements of archery. Along with judging distances unaided, you also need to be able to draw, anchor, aim and release with consistency, and do it all while remaining undetected. These fundamentals are based on good shooting form, and there are no shortcuts, but mastering them will help ensure you become the best bowhunter you can be.

Drawing your bow while remaining undetected is often the key to success when bowhunting. For a proper draw, raise your elbow and roll it back with the muscles of your chest, back, side and arm—not just your bicep. Good form reduces muscle fatigue and movement, and that increases consistency. Practise drawing slowly and with as little motion as possible, as you would in the field to remain undetected.

An anchor point is critical for consistent arrow placement. If your anchor changes by just a few millimetres, the arrow’s point of impact will also change. And the longer the shot is, the greater the variation will be. Kisser buttons were once popular as consistent anchor points, but most people now pick a spot on their body, such as the end of the nose, corner of the mouth or bottom edge of the earlobe. Pick a spot and use it every time, and you’ll eliminate a major source of inconsistent arrow flight.

Taking the time to aim properly is hard for some bowhunters, but the remedy is simple: move slowly, relax and settle on the exact spot where you want your arrow to go. On modern sights, the pins can help you precisely place your shot at varying distances, so knowing the exact range of each pin is paramount. Practise aiming at a target at full draw without shooting, and hold as still, and for as long, as possible. The resulting muscle memory you build will come in handy when you’re actually hunting and caught at full draw.

If you do everything else right, but botch the release, all is lost. To shoot accurately and consistently, you must have a smooth, gentle release that won’t move your aim point. Today’s back-tension and trigger releases make that a lot easier, especially compared to just using your fingers. Whichever method you choose, however, you must release the same way every time, and with good form, to remain consistent. To really focus on your release, practise shooting at a target that’s just 10 metres away. Once you can put your arrow in the exact same spot every time, start practising on more distant targets—and soon you’ll be ready for the real deal, out in the field. 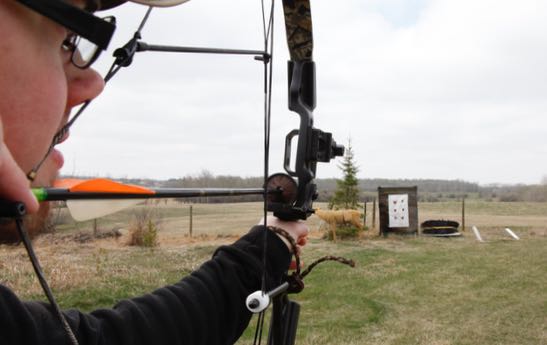 Before we had mechanical heads and carbon arrows, bowhunters had to shoot, then tune every arrow and fixed-blade broadhead. As arrow-making technology improved, however, archers got out of the habit of tuning or checking the flight and balance of their arrows and heads. But it’s still important. Spin each arrow and test the heads, then make note of the best flyers and use them on your hunting adventures. Also check to make sure they fly the same at 40 metres as they do at 20, or whatever distance you intend to shoot when hunting.