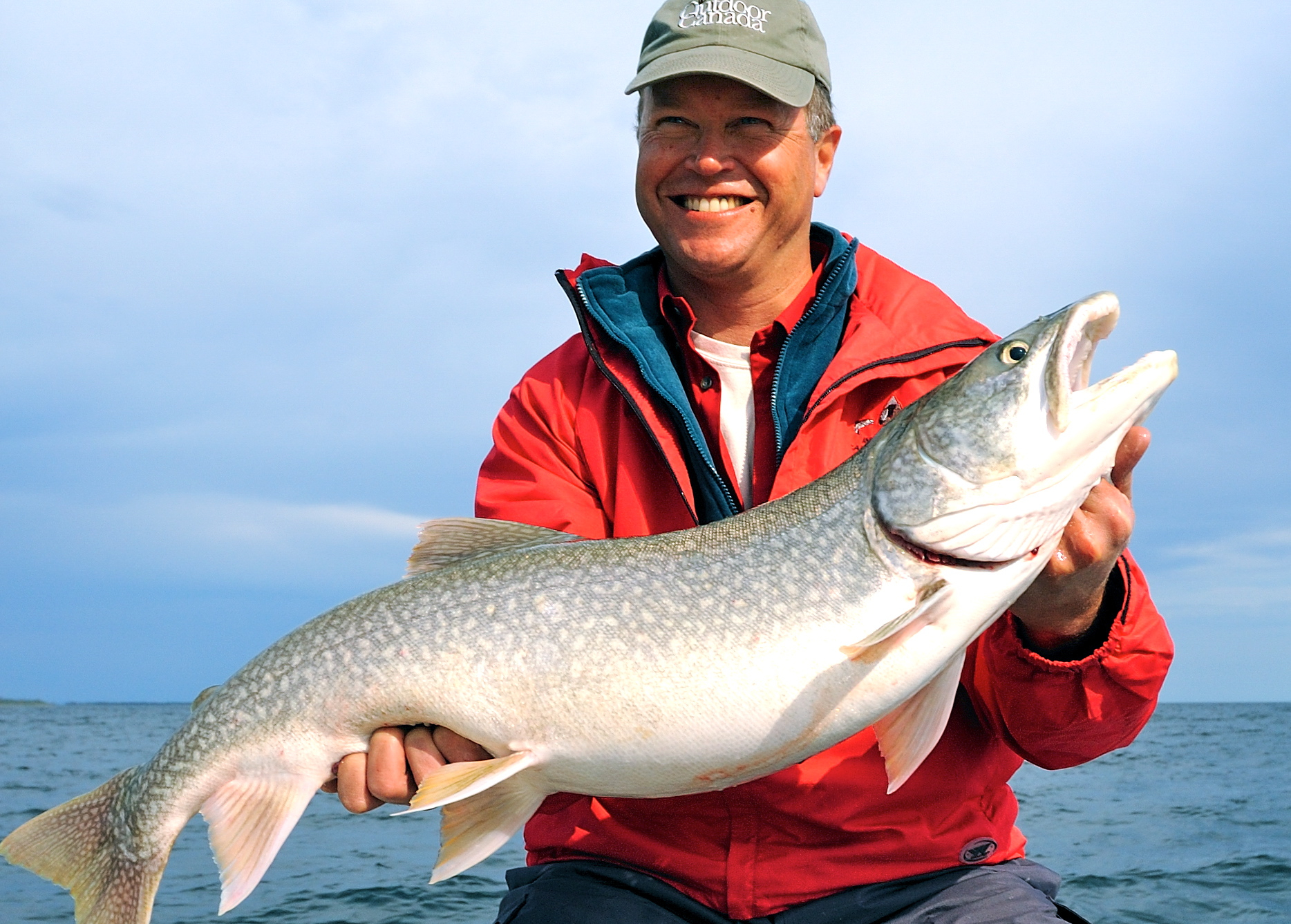 Want to catch more fish? Prey on their natural weaknesses

Unlike the doomed warrior Achilles from Greek mythology, fish don’t have a vulnerable heel—but they do have a least one weak spot. The angling upside to such susceptibility? You can exploit it to find—and catch—more fish. Here’s what to look for when it comes to some of Canada’s more popular sportfish.

Relative to their body size, walleye have some of the biggest and most sensitive eyes of any animal on earth. Their eyes also have a layer of tissue behind the retinas, called the tapetum lucidu, that reflects even the tiniest fragments of light onto the backs of their eyes. Essentially, walleye can see in the dark. 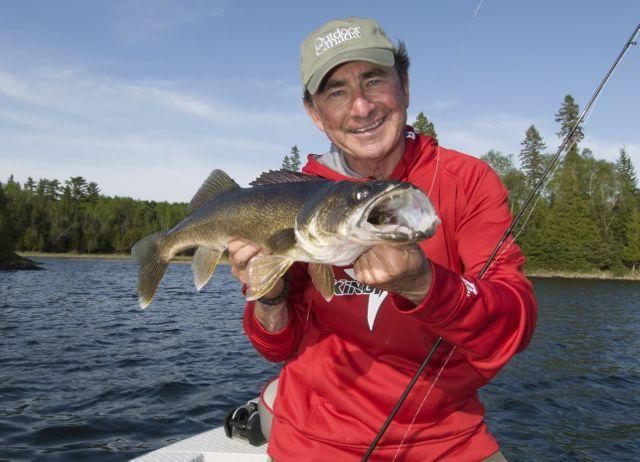 A walleye’s eyes are so hypersensitive to light, in fact, that if you held a fish in bright conditions for even a short period of time, it would develop cataracts and go blind. Now, think about how you can take advantage of this susceptibility. Imagine two lakes with identical structure—one lake is crystal clear and the other is the colour of chocolate milk. In which lake would you find walleye in shallow structure on bright, sunny days? That’s right, the cloudy one.

On the other hand, clear lakes tend to foster lush weed growth; in those lakes, you can expect to find walleye tucked up in the shade, beneath the leafy canopy. That’s true even on sunny days, when everyone else is fishing down deep in the middle of the lake, or restricting their time on the water to early morning and late afternoon.

Both lakers and northerns are extremely temperature-conscious critters. So how do you use this against them? For lakers, if you find the narrow band of water where the temperature ranges between 48˚F (9˚C) and 52˚ F (11˚C), you’ve found the zone where the vast majority of big trout hang out. It’s that simple. 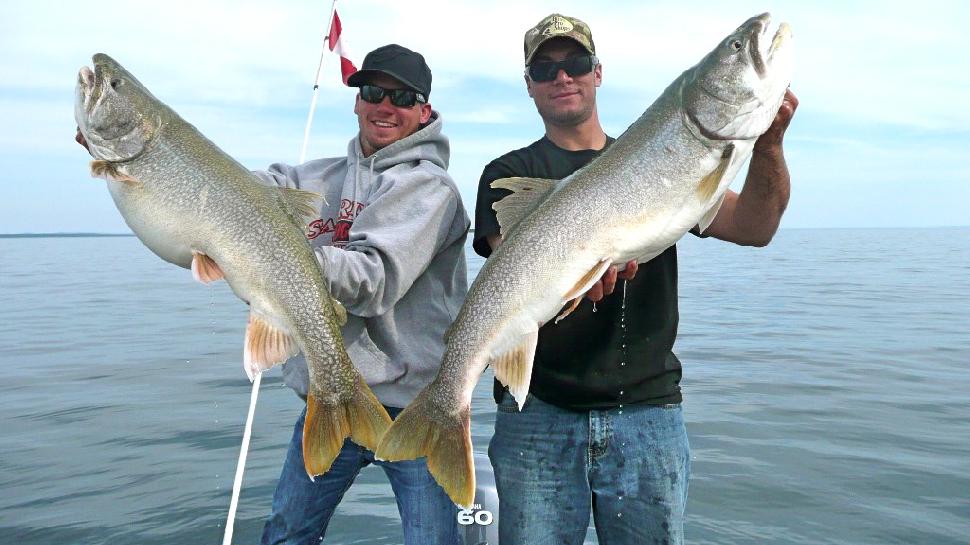 As for big pike, the optimal range is warmer—between 62˚F (17˚C) and 64˚F (18˚C). Indeed, my good friend and renowned esocid expert John Casselman refers to pike as “heat-seeking missiles.”

How do you determine what depth those temperature ranges are at? Many downrigger cannonballs and trolling devices now come with a built-in thermometer. That’s okay for lakers, but you typically don’t use a downrigger for pike. Instead, rely on your sonar. Start by cranking up the gain and look for the black band that denotes the thermocline, where the water temperature is in the low sixties. Note the depth at the top of thermocline, then start fishing just a bit above that.

One time on Lake Athabasca, when everyone else was licking their chops catching lakers in the 12- to 20-pound range, guide Cubby Coulter and I lowered our downrigger cannonballs and lures into much deeper and colder water. We may have caught fewer fish trolling, but our photos of the twin 40-pound behemoths we released had other anglers shaking their collective heads in disbelief. It was all about finding just the right temperature.

A similar thing happened during a recent big pike quest on northern Saskatchewan’s Reindeer Lake, when my buddy Mark Stiffel and I turned our backs on the warmer, shallower shorelines that were crawling with nice-sized pike. Instead, we searched liked fiends for the deepest weedlines in the magical band of preferred temperate water. In 15 casts, we landed seven enormous northerns, including the biggest fish caught by a lodge guest that year.

Despite the fact many of the best muskie fisheries in Canada are found in lakes, muskies are first and foremost a riverine species. And those riverine characteristics dominate the fish’s habits—almost everything a muskie does revolves around current. If you find the current, you’ll find the fish. 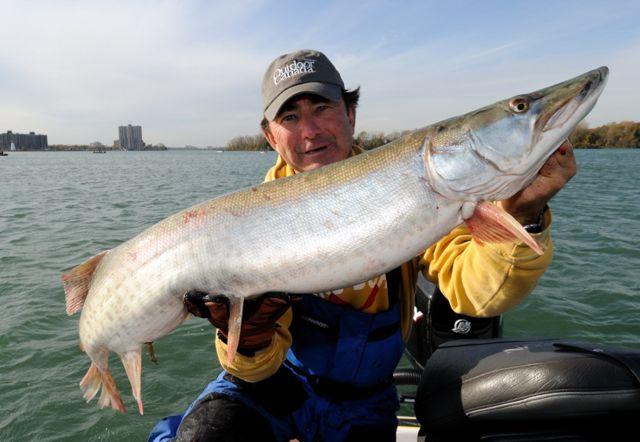 Sometimes, moving water is visible and obvious, such as when you’re fishing in a river. Other times, the current is faint and subtle, as in a flowage, but it will still draw muskies. The same goes for land-locked lakes, where wind-induced current will position and influence the fish. And if the wind blows from one direction for several days, and there are islands, channels and necked-down areas to funnel the breeze, so much the better.

Whatever your favourite fish species may be, rest assured it has an Achilles heel—and that is your advantage.

Fishing editor Gord Pyzer is a master at pinpointing a fish’s weak spot.