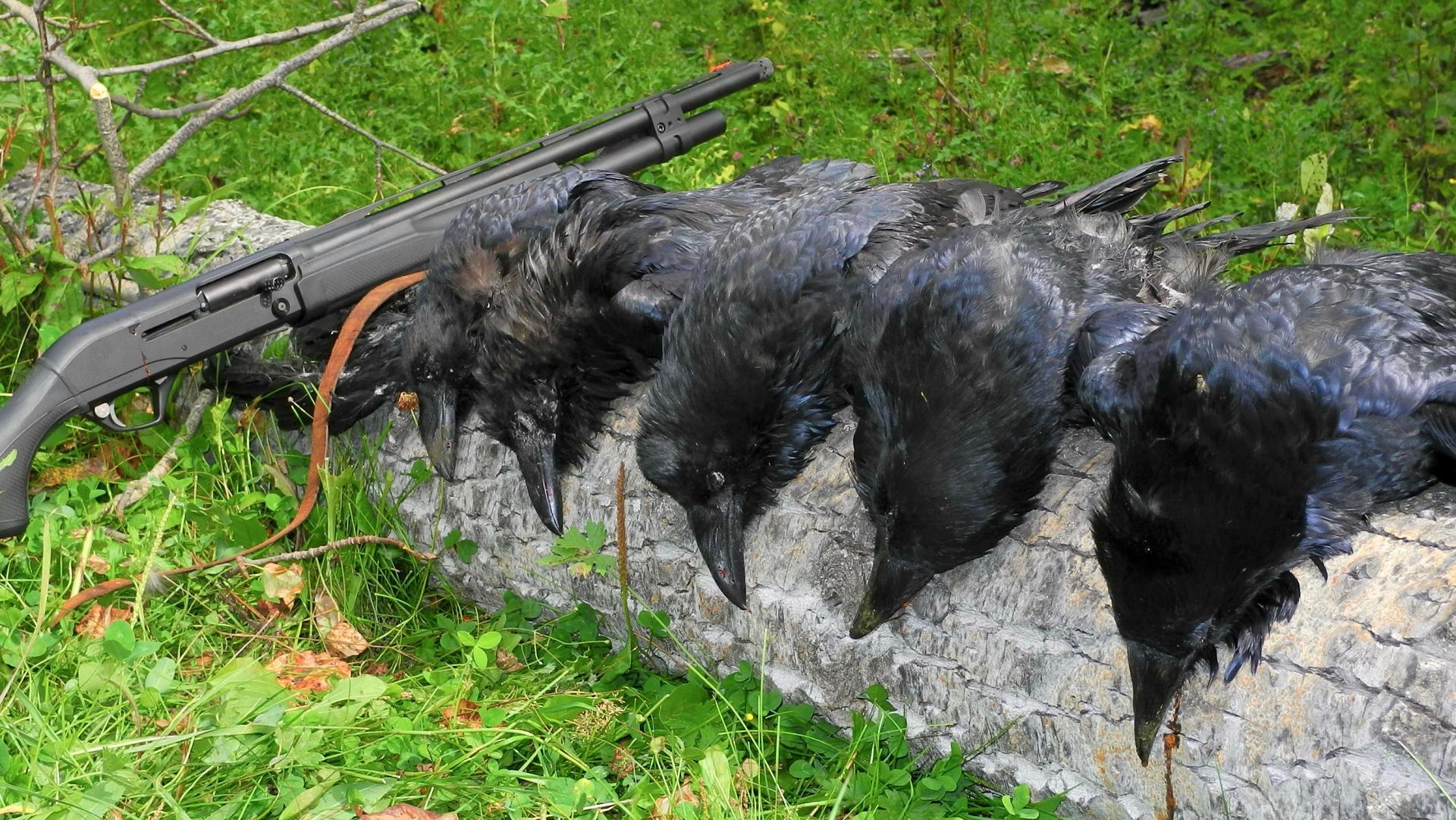 Nature got it right when it dressed ravens in black—as we all know, the guys wearing black are always the villains. And this corvid is certainly a bird many people love to hate, a feeling that’s particularly strong among cattle ranchers and farmers across the West.

With their knife-like beaks, ravens are notorious for pecking the eyes out of newborn calves or sick cattle. I’ve even seen them trying to punch through the hides of full-grown cows. They also regularly ruin stored feed by ripping through the plastic sheets that protect silage pits and hay bales. No wonder one rancher I know hates ravens even more than he does coyotes. His resulting rule of thumb? “If it’s black and flies, kill it.”

That may seem a little harsh to some, but not to the folks who spend their lives witnessing what these scavenging birds can do. In fact, Saskatchewan recently changed its laws to allow landowners, or their designates, to shoot ravens without a permit whenever they threaten crops or livestock. Alberta is even more liberal in that a resident can hunt ravens at any time on private land, with permission. In B.C., hunting is allowed on both public and private land—again, with permission—depending on the management unit. Manitoba is the only western province that doesn’t allow raven hunting.

Since I live in Alberta, I’ve had the opportunity to shoot a fair number of these pesky birds. I target them regularly during the off-season, helping out my landowner friends, as well as the local duck population—like crows, ravens also raid duck nests for eggs and chicks. Here’s how you can help, too.

The most effective way to hunt ravens is by calling, and their close relationship to crows means they respond to similar sounds. Crow vocalizations squawking out messages such as “come here,” “distress” or “come back” will do the trick. And as every coyote hunter has observed, rabbit distress sounds also attract ravens.

Don’t expect these birds to respond with the same gang mentality often seen with crows, however. Instead, they tend to arrive alone or in pairs. Be prepared to call for about an hour before moving on if no birds arrive. Include five-minute stretches of silence in your calling sequence, as this also seems to pique their interest.

When the birds do arrive, you want to be camouflaged to the max. Ravens have sharp eyes and they can distinguish colour, so there’s no such thing as too much camo. To help hide, I usually set up on the shady side of a cluster of trees. That way, arriving birds will have the sun in their eyes, making it difficult for them to peer into the shadows where I’m lurking.

Use decoys to catch their attention and hold them long enough for a shot. A few crow decoys in a nearby tree work well; at ground level, I usually add an owl decoy or the type of motion decoy used for coyote hunting. I also throw scraps of red cloth on the ground around the decoy to simulate blood—ravens like nothing better than to scavenge from the carcass of a freshly killed critter.

When shotgunning ravens, any good bird gun will work fine. I prefer a modified or full choke and use just about any 2¾-inch load I have in the ammo vault. This is a great place to burn up those lead shotshells that can’t be used for migratory bird hunting. I’ve used shot sizes ranging from #7½ to #4, but I’ve never been able to tell which works best—ravens just aren’t that hard to kill.

Take note that the federal three-shot restriction for migratory birds doesn’t apply here. Your province may have restrictions, but if it doesn’t, you can load your shotgun to capacity. For hunting ravens in Alberta, my favourite gun these days is a Remington Versa Max with a magazine extension.

Ravens make good targets for rifle hunters, too. With an accurate varmint rifle and a quality scope, it’s possible to do some effective pest control. I typically use something in the .204 to .223 class of cartridge, shooting handloads with a frangible bullet. If you want to make the feathers fly, try a .204 Ruger loaded with Sierra’s 32-grain BlitzKing bullets. Velocities faster than 4,000 feet per second are the norm, as is a feather blizzard when you connect.

When sniping ravens, find a well-hidden location near something the birds are attracted to, then sit back as far as you can accurately stretch your rifle barrel and play a waiting game. Good locations include livestock dead piles, open fields with freshly spread manure and duck nesting areas. You can also place some roadkill where you want the birds to land. A hidden e-caller played just long enough to get them into the area can help, too.

I like to shoot from about 200 metres, but I maintain one strict rule—I never take a shot at a raven unless there’s a suitable backstop, just in case I miss. Bullets travel too far, and that makes it too risky to shoot at birds perched high in a tree.

These raven-hunting techniques work at any time of the year, but you can expect to make the most kills around midsummer when adolescent birds are roaming the countryside looking for an easy meal. Whatever set-up you use, however, keep in mind that ravens are highly intelligent and they learn fast. So, a trick or technique that fools the birds one day may not work the next time you visit the same area. Be flexible and be prepared to adapt—they’re just that downright villainous.

Outdoor writer Al Voth does his part to clear ranches of ravens near his home in Stony Plain, Alberta.