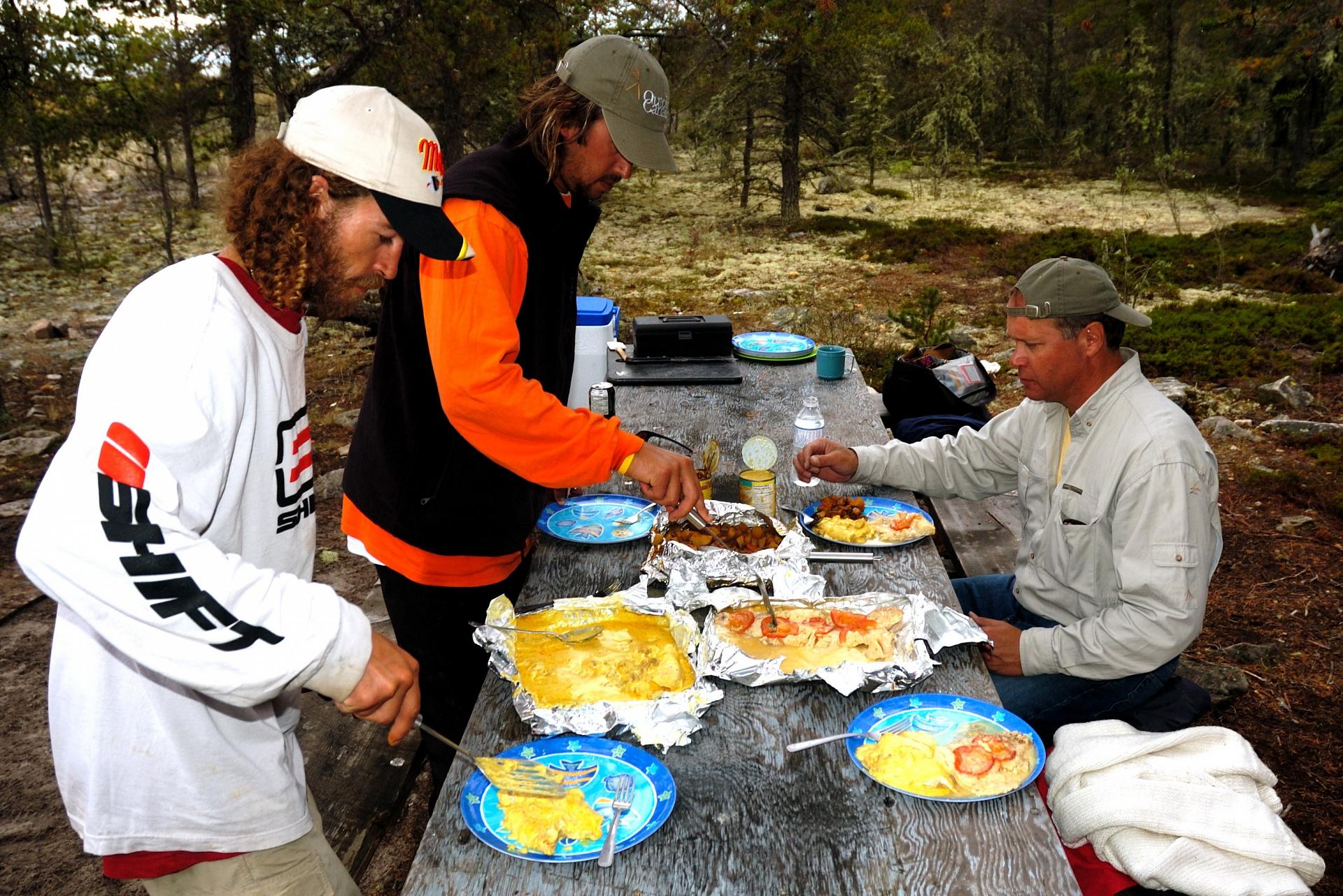 Outdoor Canada Reader Mike LeDrew from Dartmouth, Nova Scotia sent me an interesting question recently that I thought I’d share with everyone, as I am certain many of us have asked ourselves the same thing.

Here is what Mike wrote:

After years as an exclusively catch and release angler, I’ve recently started keeping fish. But, since I fish mostly from small boats, such as car toppers and canoes that don’t have livewells, I’m unsure about the best way to keep them.

I have been using a stringer, but I’ve heard that keeping the fish alive but stressed can affect the taste (lactic acid). Is that true? I’m also a bit concerned that it might be cruel or make me an irresponsible angler.

I’ve also tried keeping fish in a cooler bag with ice or freeze-packs, but after a few trips my bag got so slimed that it never recovered. Heck, I sometimes wonder if should just start carrying my grandfather’s wicker creel.

If these admittedly minor issues are just a  fact of life with small boats, I can live with them. But I’d welcome any suggestions you can offer. 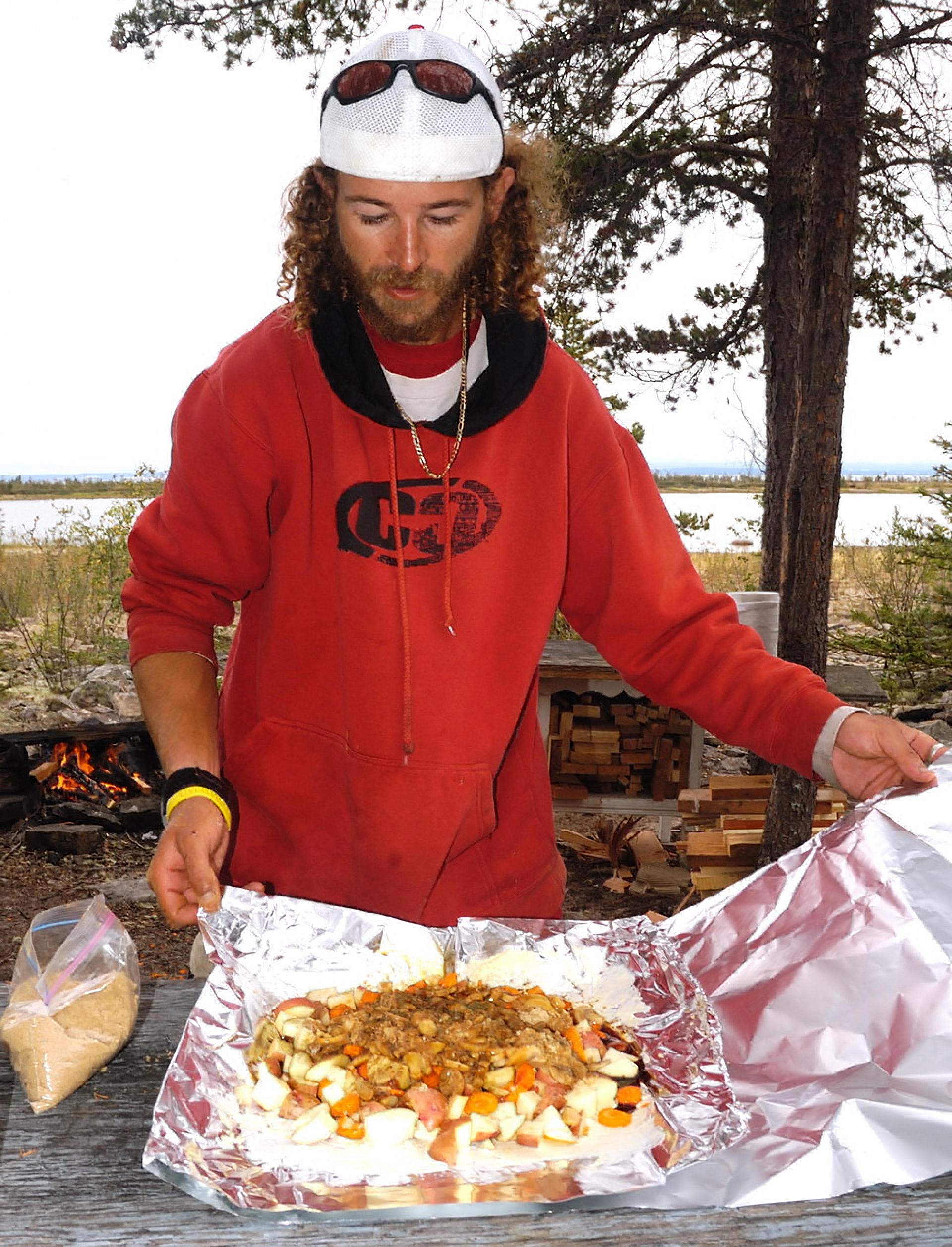 Well, first Mike, let me say that I routinely keep fish to eat as well. We are fortunate in Canada to enjoy the finest sport fishing on earth and the luxury to harvest a few is a blessing. Fish are nutritious and delicious, and harvesting a few is an important part of our outdoor heritage and culture. The key, however, is always doing it responsibly. This means keeping prolific species such as yellow perch, bluegills and crappies, and only the smaller, expendable members of the population when it comes to sport fish such as walleye, trout and bass.

I should note that on a personal basis I don’t kill bass, as they are not as plentiful where I live and I simply enjoy catching them too much. As a result, I tend to restrict my fish dinners to yellow perch, crappies, whitefish, small walleyes, sauger and an occasional small lake trout or two.

Why keep only the smaller members of the sport species?

Well—using walleye as an example—a female walleye doesn’t usually mature until she is five- or six-years-old and about 16-inches in length. Males mature a year earlier when they are around 15-inches in length. As a result, I keep non-breeding 13- to 15-inch walleye when I want to enjoy a shorelunch or prepare a fish dinner for family and friends, releasing all the mature members of the population. It is precisely what a farmer does when he keeps his prize bulls and cows for breeding purposes and sells the immature animals. It is also why I cringe when I see anglers killing much bigger, mature walleyes (bass, pike, trout) in the 20- to 30-inch plus category. These are the relative rare “geese” that are laying the “golden eggs” for us.

A mature walleye (remember, 16-inches and longer) is capable of laying approximately 35,000 to 50,000 eggs per pound of body weight, so a ten pound walleye may lay as many as half a million eggs each and every spring. Over five or ten years, that is an amazing 4,000,000 to 5,000,000 eggs! And despite what many anglers mistakenly believe, larger walleyes do not stop producing and laying eggs as they get older. Indeed, many of the larger fish are often rapidly growing “young adults” and it is precisely these “superior genes” that we want to see retained in the overall population.

So, the bottom line is, yes, by all means keep and enjoy a few fish for the table, but do it responsibly. Which brings us to the crux of your question. Now that we’ve harvested the fish, what is the best way to keep them fresh?

Like you, I have often used a stringer, but have found the wire mesh containers/bags to be a much better option. I have to admit, too, I have never found an objectionable taste to the fish, whether stringered or held in the wire mesh container. I should also mention that you should never cull fish from stringers or wire baskets. Once you’ve made the decision to keep the fish, do not cull!

I won’t comment on the cruelty aspect, as I think it is a personal decision. From everything I have read on the subject, however, fish have extremely basic, elemental, nervous systems and they do not “think.” So, it is wrong to attribute human emotions and feelings to them. Still, I never discount the fact that I am taking an animal’s life, so in handling it, I give it the respect it deserves.

Most recently, when I have been fishing small remote, back country lakes, I’ve used a large Coleman-type cooler with plenty of ice inside it. I’ll “bop” the fish on the head with a “billy” and then put it immediately on the ice to keep it as fresh and flavoursome as possible. Does this result in a slimy cooler? Yep, but I’ve found that rinsing it out with the garden hose when I get back home restores the cooler to “like new” condition in a matter of seconds.

I’d be less than honest with you, too, if I didn’t say that when it comes to Pacific salmon, I believe the fish taste much better if you “bleed” them. So, we’ll stick the point of a knife into the salmon’s heart, located immediately behind the gills or simply cut the gill connection. Is this cruel? Again, you have to make your own decision, but if you think it is, I wouldn’t suggest you visit a slaughter house any time soon.

So, fish responsibly Mike, and enjoy a few of the smaller fish for dinner, just don’t forget to call me when you’ve got them cooked! If I were sentenced to Death Row and asked what I wanted for my last meal, it would either be fresh walleye cooked on an open wood fire on one of the islands on Lake of the Woods, Ontario or a fresh Chinook or coho salmon I just caught in Haida Gwaii, B.C. Then again, there’s also those lobsters from your neck of the woods!

With that in mind, I think I’ll go catch dinner!