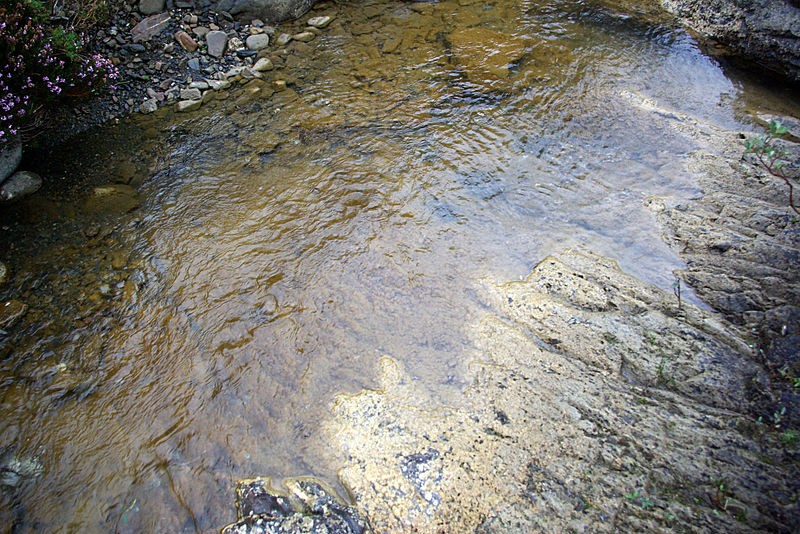 What you need to know about rock snot

Dangerous invader or mysterious native species? A few years ago, Alberta witnessed the spread of so-called rock snot, a gooey river-bottom algae, setting off alarm bells among anglers and fisheries experts. Recently, a number of U.S. states, including Alaska, Maryland, Vermont, Rhode Island and Missouri have banned the use of felt-bottomed wading shoes, which have been linked to the spread of rock snot. While there are no legislated bans in Canada yet, some angling groups and wildlife officials are recommending people voluntarily avoid using felt-bottomed waders.

What exactly is it? Looking as bad as it sounds, rock snot gets its nickname due to its similarity to mucous. Officially called Didymosphenia geminata, rock snot is a diatom, a single-celled algae that attaches to rocks on river bottoms. Unlike many other types of algae, which thrive in warm-water, didymo, as it’s often called, prefers cold, fast-flowing water—ideal stream-fishing habitat. At its worst, it can bloom and cover river bottoms like a green, slippery carpet.

Where is it from? “That’s the million dollar question,” says Max Bothwell, a research scientist with Environment Canada. Rock snot was first confirmed in Canada on Vancouver Island in 1988, but has likely been here long before that, perhaps always. Indeed, some scientists think didymo is a native species that occasionally blooms and spreads for reasons still under investigation, such as high phosphorous levels in rivers. And since the algae spreads among prime angling habitats, researchers have concluded there’s a connection with anglers; it could well be spread by hikers and wildlife, too. As well, it’s been found in New Zealand’s trout streams, where it’s known not to be endemic. In Canada, didymo was most recently confirmed in Alberta in 2004 and then in Quebec and the Maritimes in 2006. The good news is the blooms have not spread as quickly as scientists thought they would.

Is it a problem? Yes and no. While not harmful to humans, didymo can disrupt river ecosystems and harm fish populations, says University of Calgary aquatic ecologist Lee Jackson. If it coats the bottom, he explains, it can make it harder for fish to dig their redds in the gravel. That could affect how well the eggs survive the incubation period. As well, researchers have found hampered insect growth in river bottoms with extensive didymo , which could translate into less energy available for fish. Jackson and his team continue to investigate that problem, as well as creating a genetic fingerprint of didymo to determine whether it’s native to this part of the world or an invasive species.

What can you do? There are two easy ways to make sure you’re not contributing to the spread of didymo. First, when you’re finished fishing for the day, spray your waders with a solution of tap water and two per cent bleach, then wait five minutes and rinse them with plain water. The second option is to simply place your wet waders in the freezer overnight, which will kill any remaining didymo.