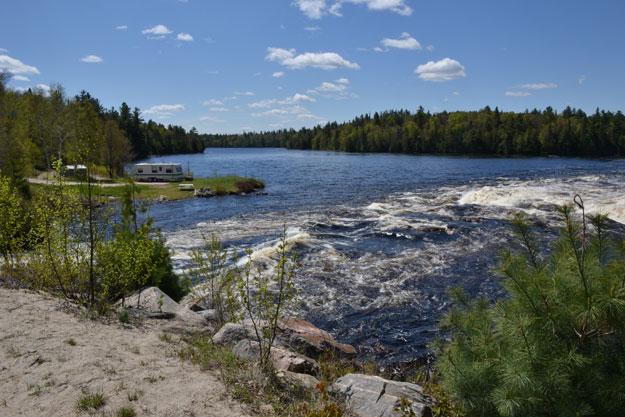 What you need to know about rare earth metal mining

In early September, Quebec mining company Matamec Explorations released the feasibility study of its plans for Canada’s first rare earth metal mine, slated to start construction in 2015. The proposed site is roughly 40 kilometres from the small Quebec town of Kipawa, where residents are concerned about potential impacts on fish and game. It’s just one of a dozen proposed rare earth mining projects across Canada, making it somewhat of a test case of what’s to come.

What are rare earth metals? They’re 17 chemical elements used in everything from computers and cellphones to catalytic converters and fluorescent lighting. They’re also vital in green technology, including wind turbines, electric cars and solar panels. With worldwide demand for rare earths constantly growing, China currently accounts for more than 85 per cent of production—and not without cost. Due to well-documented environmental degradation, China has decreased its rare earth mining, leading several other counties, including Canada, to try to fill the gap.

What’s the threat to fish and game? The proposed Kipawa open-pit mine, related structures, tailings storage and processing plant are all within the Kipawa Lake water catchment basin. “Rare earth mining is a lot more harmful to the environment than other types of mining,” says Christina Moreau, whose family owns a fishing lodge on Kipawa Lake. “And this particular project is being fast-tracked to meet market demand.” A fisheries and aquatic sciences master’s student, Moreau has started a petition to stop the mine. “Even if they have the best safety precautions, accidents do happen,” she says. “They’re using very hazardous acids and bases for their processing. Then there’s the potential contamination from the ore itself.” According to MiningWatch Canada spokesperson Ramsey Hart, rare earth mines are almost always associated with elevated levels of thorium and uranium. “The mining and processing of the ore provides a much greater possibility of those radioactive materials being released into the environment,” Hart says. As well, light, noise and traffic from the mining operation will undoubtedly disrupt wildlife, he says.

What does Matamec say? Matamec’s vice-president, Bertho Caron, says the environmental protection laws governing mining development in Quebec and the rest of Canada are among the most stringent in the world. “Matamec is committed to them,” he says. The company expects to have its environmental impact statement for the Canadian Environmental Assessment Agency finished in early 2014. There will be no provincial environmental review, however, because the amount of processed ore will be less than 7,000 tonnes a day—the threshold for triggering a review. Matamec’s stated commitment to environmental laws notwithstanding, MiningWatch Canada remains concerned. “The [federal] regulations for protecting water are not as strong as we would like,” says Hart, “or what most people would think them to be.”

View the online petition against the mine at www.change.org/petitions/minister-of-natural-resources-quebec-protect-kipawa-lake. More more on Matamec Exploration’s position, go to www.matamec.com.