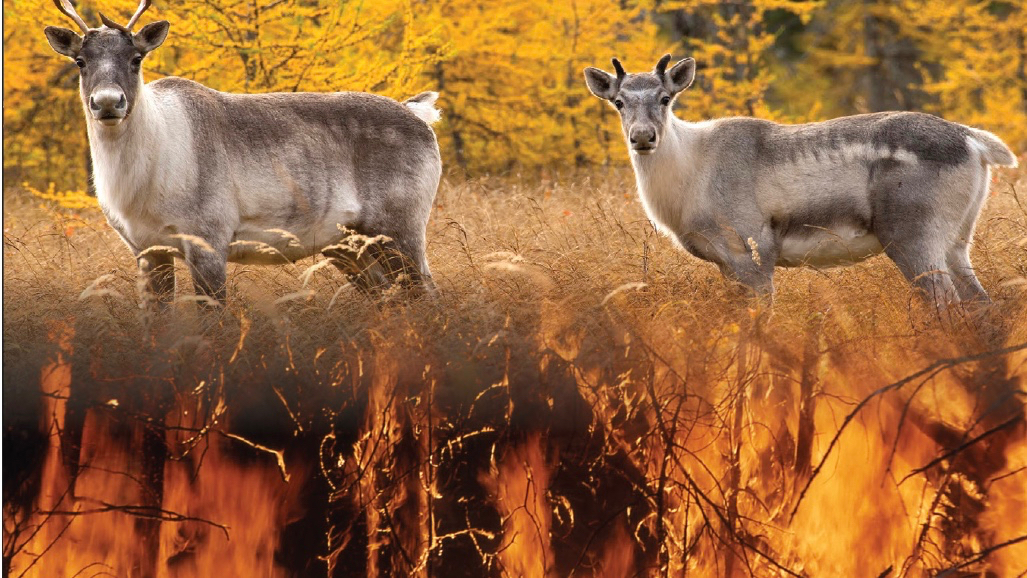 How Alberta’s giant fire will benefit some wildlife, but not all

How the Fort Mac blaze will affect Alberta's wildlife

As I write this, the wildfire in northeastern Alberta has grown to nearly 500,000 hectares, earning it the nickname “the Beast” from those fighting it. It’s just reaching the Saskatchewan border, while continuing to threaten oil camps north of the fire-ravaged city of Fort McMurray. There’s no sign of it subsiding. It’s in Mother Nature’s hands now, and so far she’s been stingy with rain.

The property damage will undoubtedly run into the billions of dollars, but what’s not so easily calculated is the impact on wildlife. While animals can be quite resourceful in the path of fire, this blaze has grown so large and moved so quickly and erratically that it would have been “catastrophic” to most wildlife in the area, observes Lu Carbyn, a retired scientist with the Canadian Wildlife Service. Indeed, there were abundant stories of black bears and wolves running through the heart of Fort McMurray with the leading edge of the fire right on their heels.

There’s particular concern that some of Alberta’s endangered woodland caribou may have perished, and that much of their critical old-growth habitat has been destroyed. Caribou typically calve in the first two weeks on May, so the timing of the fire couldn’t have been worse. Fish and wildlife officials will be looking at this more closely, but right now it’s not safe to enter the area. That means no one has a clue as to the plight of the caribou right now, although studies in the Caribou Mountains and Slave Lake region following forest fires revealed unusually poor calf production.

While some observers blame climate change for the massive wildfire, the more likely culprit is El Niño, according to University of Alberta professor and wildfire expert Mike Flannigan. In other El Niño years, the unusually dry, warm conditions have led to a rise in wildfires, and this year, Alberta has had twice as many fires as in 2015. With the large, tinder-dry boreal forest surrounding Fort McMurray, a fire was inevitable, but few predicted the scale and ferocity of it.

But when wildfires take, they also give—boreal forests and their inhabitants have relied on fire for rejuvenation since time immemorial. Within a couple years, no doubt, there will once again be abundant berries under the newly opened forest canopy. They will be followed by a variety of herbs, forbs and deciduous trees, all of which will attract moose, deer, bears and wolves. Much of the burned area had little wildlife value before the fire, so there is a silver lining to the current tragedy. Again, though, it’s not all good news for the caribou.

Some clues as to what to expect can be found in an interesting study on how moose in B.C. respond to fluctuating habitat, by University of Alberta professor emeritus Valerius Geist. Unlike sheep, which rarely seek out new territory, even if their home habitat becomes degraded, moose are constantly expanding their range. This is in response to the fact that boreal forests themselves are constantly changing, largely due to fire and human disturbance. Indeed, the boreal is a complex mix of different stages of forest succession and moose must continually create new home ranges to quickly find new sources of succulent feed.

But when there’s fresh bounty for moose and deer, there’s also a new food source for large predators. And as predator populations increase, so does predation on caribou. With this in mind, Alberta had already been experimenting with keeping moose populations low in caribou range to reduce predator numbers. In the aftermath of this year’s massive fire, it will be interesting to see what the strategy will be.

Given the precarious state of Alberta’s woodland caribou, however, many observers fear the increase in forest fires and subsequent rise in predator numbers mean the species’ time is all but over in the province. Right now, the government’s priority is getting the fire under control and getting people back into their homes in Fort McMurray. Mother Nature will look after the wildlife in the meantime, but she’ll need some help before long if we’re to give the beleaguered caribou a new lease on life.