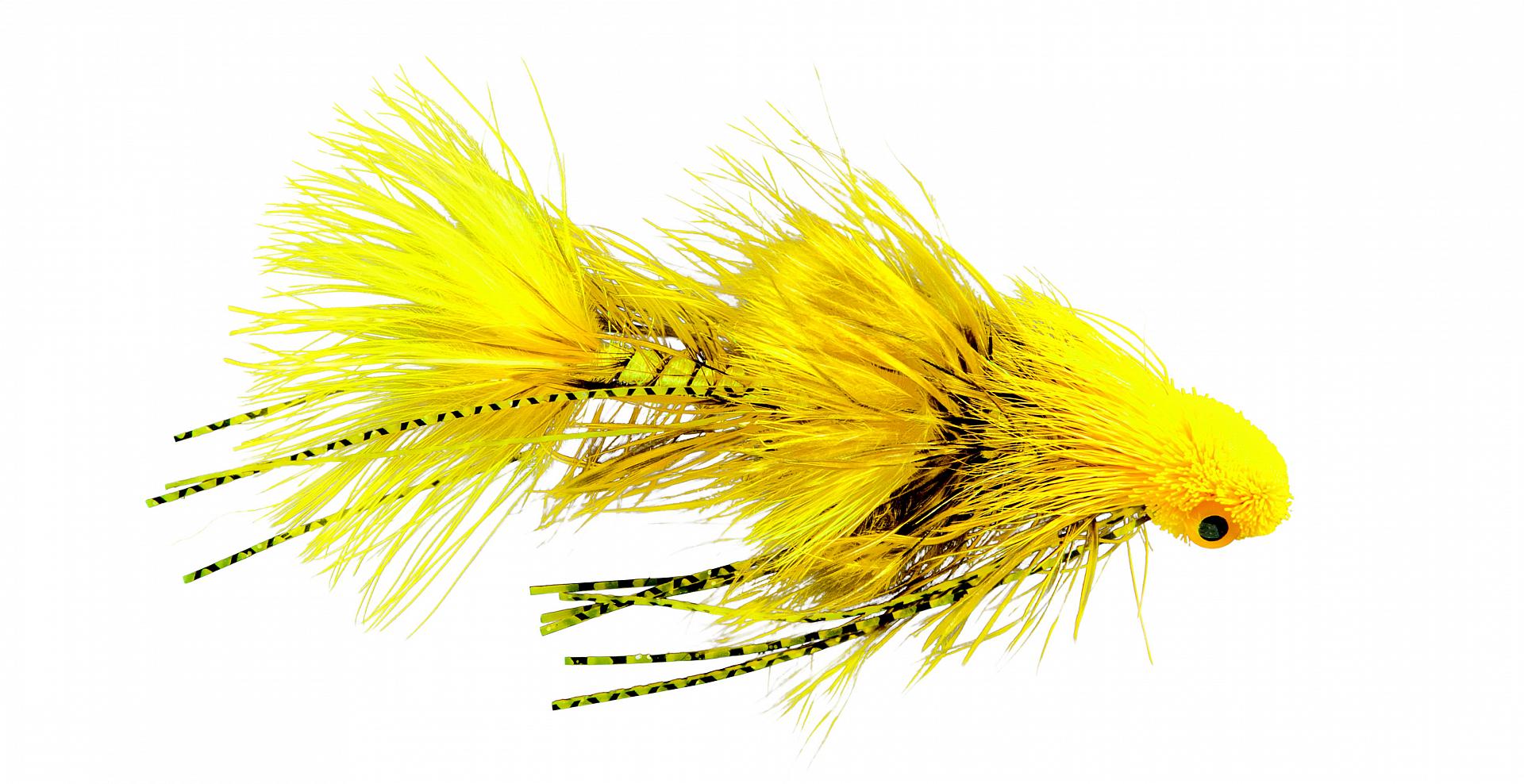 Why every fly angler needs a Sex Dungeon (fly)

This sexy streamer can help you seduce the biggest fish

For years, I’ve searched for a long, beefy but supple, high-performing streamer. I finally found it this summer in Kelly Galloup’s Sex Dungeon. Perhaps I should explain…

Galloup is a Montana-based innkeeper, fly shop owner, fishing guide, author and extraordinarily innovative fly tier. He has created a number of unconventional and positively lethal big-fish streamers, christened with such memorably cheeky names as Butt Monkey, Peanut Envy, Stacked Blonde and Bottoms Up. But the best-known pattern is the Sex Dungeon (pictured above).

The first thing you notice about the Sex Dungeon is its length—tied on two hooks, it’s at least five inches long. Then there’s its voluptuous shape and the way it moves in the water. The unorthodox combination of a deer-hair head tied around a dumbbell weight makes the streamer both neutrally buoyant and front-heavy. When retrieved, it behaves like a jointed suspending jerkbait—the front darts and stalls, while the rear end, connected by flexible wire, wiggles like Elvis’ hips. All the while, the feathery tail and body undulate seductively.

Classic streamers, Galloup says, are only designed to be dead-drifted or dredged. “That really bothered me. The flies I designed move with either a vertical or lateral serpentine movement.” Additionally, the Dungeon (as it’s known in less daring quarters) works in a number of colours, including rust, brown, white, black, yellow and olive, to imitate a wide variety of prey. And though it was created for big trout, I can tell you it’s also deadly for bass and trophy pike.

Fly anglers often attribute missed fish to a short strike, believing the fish has nipped at the tail of the streamer. According to Galloup, however, the trout has probably hit the head of the fly instead, missing the business end of the long-shanked hook. That’s because large trout kill or stun their prey head first before swallowing it, he says. By using two shorter hooks, though, those killer headshots become hook-ups.

Since the Sex Dungeon is neutrally buoyant, it needs help to get down. That almost always requires a full-sinking line, paired with a three- to four-foot leader with a 20-pound butt and, usually, a tippet of no less than 12 pounds. Galloup says the sinking line also carries the big fly more efficiently than a floating line. “When you’re throwing a seven-inch Sex Dungeon, conventional fly-casting physics go out the window,” he says. “Casting becomes less about elegance and more about efficiency.”

The Sex Dungeon is sexiest when fished urgently and aggressively, with a jerk-strip retrieve. “You can’t throw a cast and hope,” Galloup says. “You have to make the action happen.” In moving water, cast across and slightly upstream, and start the retrieve with the rod tip pointed at the fly. Jerk the rod downstream 12 to 20 inches, then pick up the excess line while returning the rod to the start position. Moving a streamer with the rod tip, rather than by stripping line, breaks a cardinal rule of fly fishing, but it’s essential to animate these flies.

Galloup says this fast, aggressive retrieve triggers two basic predatory instincts in fish—territoriality and vulnerability. First, the fish sees prey that has intruded into its territory. Second, the prey seems to be injured and having trouble swimming, but still capable of escape. This triggers explosive, decidedly untrout-like strikes. And almost as much fun are the looks you get when telling folks your success is due to your new Sex Dungeon.

The fly patterns and fishing techniques of Kelly Galloup (pictured above) are detailed in his books Modern Streamers for Trophy Trout and the upcoming Streamers II, as well as several DVDs. Located on Montana’s blue-ribbon Madison River, Galloup’s Slide Inn offers full guide services and a three-day streamer fishing school. As for his famous streamers such as the Sex Dungeon, they’re available online from the Slide Inn Fly Shop. If you want to tie your own, there are also numerous patterns and helpful videos online.