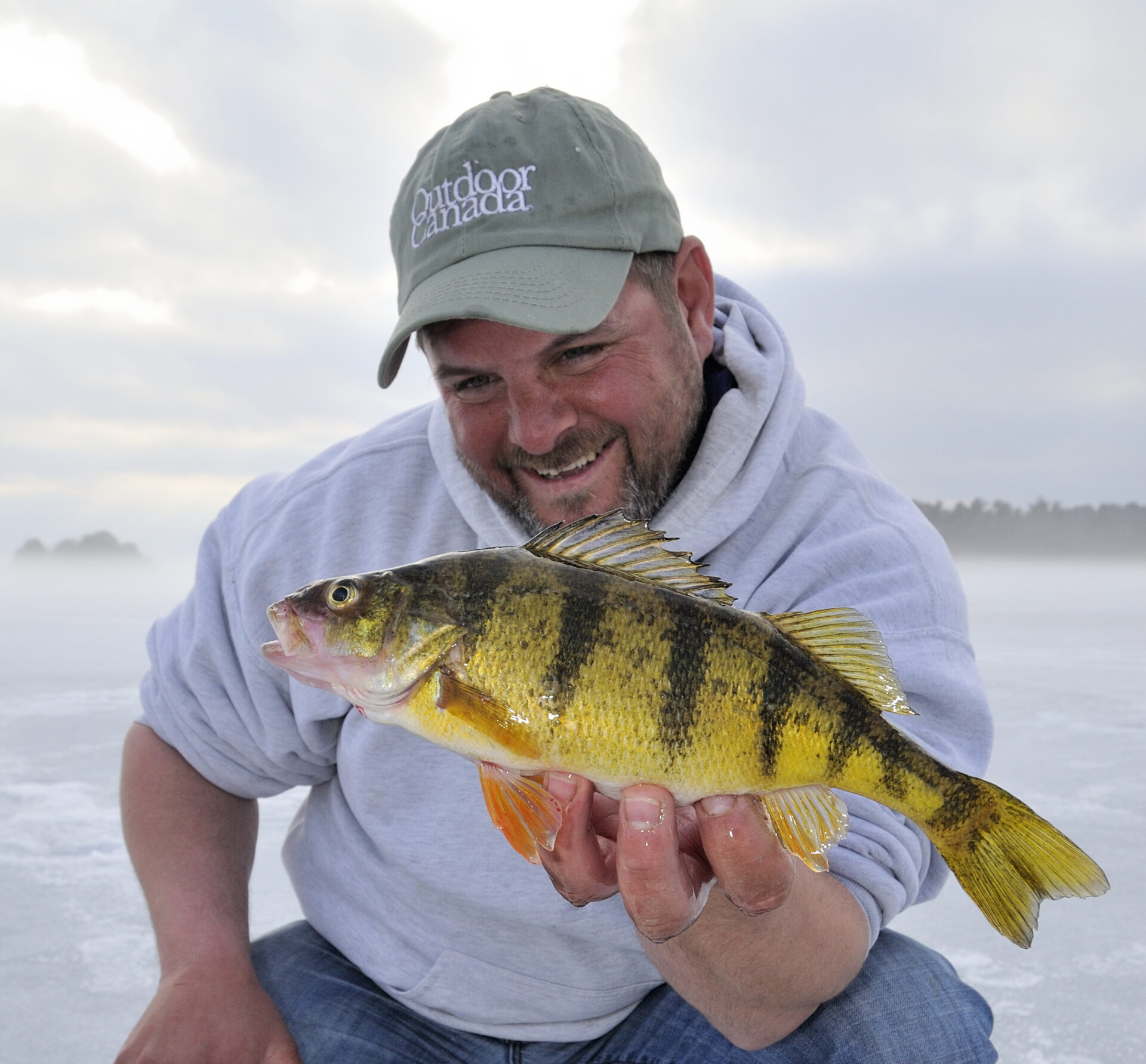 Female perch are bigger and, in winter, more aggressive than the males 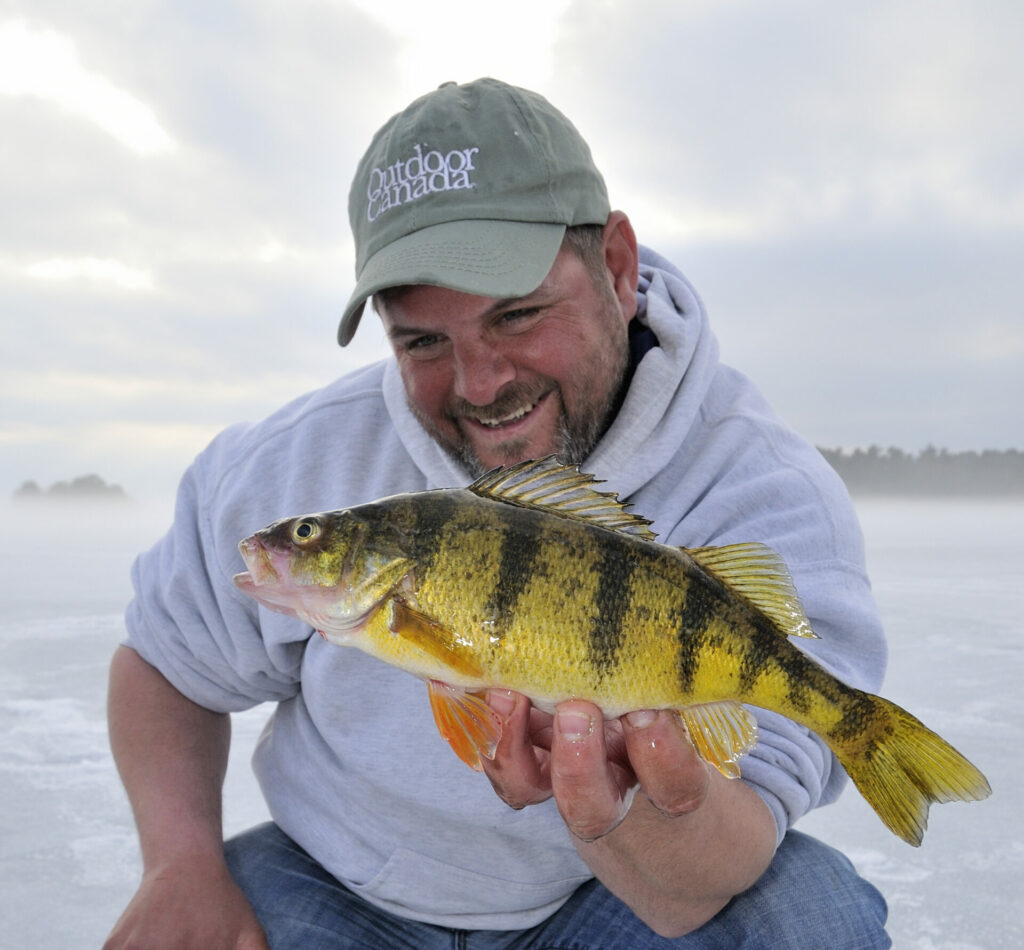 I am sure that, like me, you often check the stomachs of the fish you’re cleaning to see what they’ve been eating. It helps you to greatly match the hatch and select a lookalike lure. But do you also check to see if the fish are males or females? I do and it amazes me every winter that the vast majority—especially panfish like yellow perch and black crappies—are females.

I kept nine crappies for a fresh-fish feast the other day, and when I cleaned them, all but one were females with bright yellow skeins of eggs. It is the same when I clean yellow perch that I keep. Which begs the question that has been haunting me for quite some time: Do the fish group up by sex, or are the schools evenly mixed, with the females simply being more aggressive? To get the answers, I went to fishing buddy and biologist, JEFF MATITY, who works at the Fort Qu’Appelle fish hatchery in Saskatchewan.

“I agree 100 per cent,” Jeff said. “Female perch seem to be standouts of this phenomenon. At first and last ice, my brother Jason and I will catch a few males, but in January and February our catch is almost 100-percent dominated by females. The big girls never miss a meal, while the males are unburdened by investing calories into reproduction.” 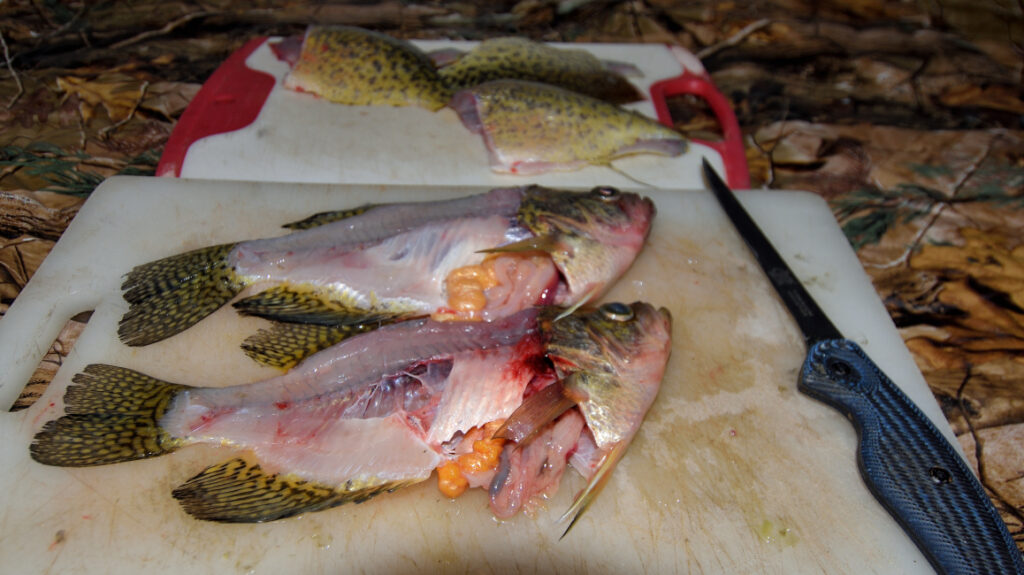 According to Matity, the female members of most Canadian freshwater fish contribute as much as one-third of their body weight into the production of eggs. And while a pound of eggs has approximately 1300 calories of energy, it takes many more to produce them. “That is the primary reason why ice anglers catch more females than males,” Matity explains. “Females are more active and hungrier all winter long. With males, it’s not even close. They use virtually all of the calories they ingest for maintenance and growth. The production of sperm requires only a fraction of the calories they eat and that is only during the spawning period.”

Matity says that yellow perch are also in a league of their own and worthy of special consideration. “Perch school not only by size, but largely by year class.  And there are two things that are relevant to the anglers’ tendency to catch a lopsided number of females. The first is that female perch outlive their male counterparts. The 50:50 composition of males to females at hatching becomes much more skewed as the years go by, especially when you have schools of jumbo perch in the lake. Very few males often remain from the original mega-school of hatchlings.

“Second, females grow faster and bigger than males. When anglers are catching jumbo perch, an adult male will be proportionately smaller than the majority of the fish and they’re often released. So when the angler cleans his or her fish at the end of the day, they’re often all females.

“In winter, too, as opposed to summer, perch schools spread out vertically in the water column as well as horizontally across structure. Research shows that they will fan out three times further under the ice. With their lateral lines, they can still feel each other at a distance and hustle in on an abundant cache of food once they receive the signal from an actively feeding individual. This has the blanket effect of helping the school find and then concentrate their efforts on a food source. But during these feeding frenzies, the biggest and most aggressive fish will out compete the smaller individuals. So, the males will benefit from the school’s efficiency in finding food, but they can’t outcompete the bigger, more aggressive, hungrier females. Luckily, they do just fine on the leftovers since their caloric needs are only a fraction of their female counterparts.”

Well, that is enough, I think, to keep your mind spinning until PART TWO, when Matity tells us about “perch hippos,” the “stink bug effect” and whether concentrating our harvest on female perch affects the fishery.  Trust me, you’re going to be surprised.

PART TWO of this story, with more amazing science about ice-fishing for perch, contunues here.