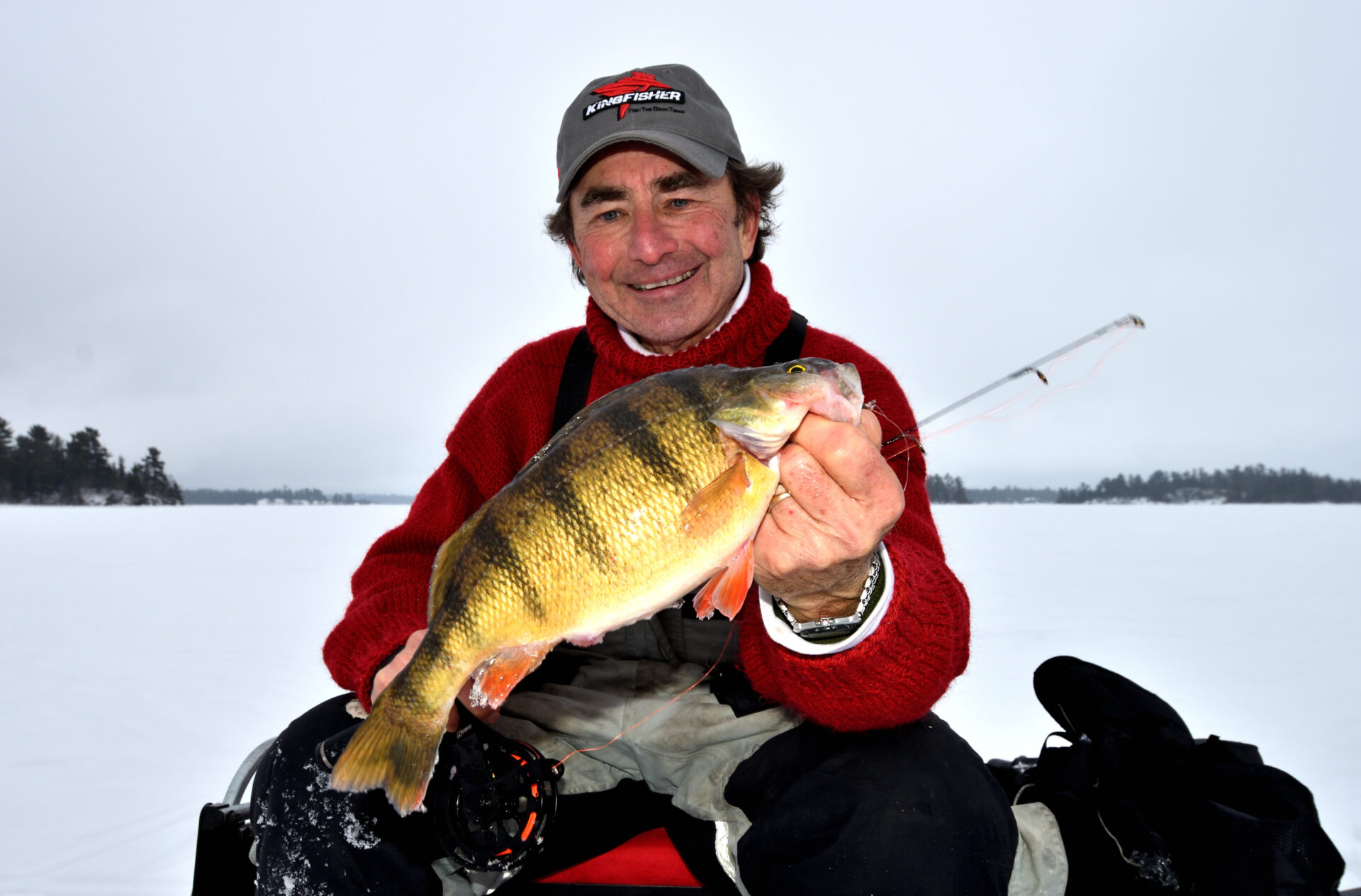 In my last On the Water Online column, I caught up with good friend and Saskatchewan-based biologist Jeff Matity to discuss why female perch comprise such a high percentage of the ice angler’s creel. They typically make up at least three-quarters of the catch, and often much more. Science shows that with top predators such as walleye, lake trout and muskies, concentrating pressure and harvest on the mature, egg-laden members of the population can dramatically impact the population. But does the same thing happen with non-apex predators like perch?

“They’re really little hippos,” chuckles Matity. “A five-inch female perch will produce about 36,600 eggs a year, while a 10-incher will produce over 100,000. This exponential increase continues throughout the fish’s life—as long as it stays healthy. So, so while there is no hard data on a 15-inch perch, if the increase is linear, it could produce as many as 300,000 eggs of superior quality.

“Perch are also the only species I’m aware of that have single-unit ovaries. And what goes on in that ovary is quite extraordinary, and a female perch does something that no other percid does. She lays a gelatinous string of eggs up to six feet long. And that ribbon is packed with more than just eggs. It also contains a miraculous jelly.”

As Matity explains, perch love to drape their streams of eggs in weedy, woody habitat, so the strings are suspended above the bottom. Hanging up this way removes some of the threat posed by bottom-feeding predators like suckers. But fisheries folks have also found that perch eggs are not heavily preyed upon by other fish.

“It appears that the gelatinous egg strings don’t taste good,” says Matity. “The substance appears to deter egg predation. That is a big deal because fish like walleye, which broadcast their eggs across the bottom and don’t provide parental protection, suffer up to 90 per cent predation and suffocation. But the uni-ovary anatomy of a female perch makes it the only percid that has eggs with what I call the ‘stink bug effect.’”

Fascinating stuff, but does it mean that we can be—at least slightly—less concerned about harvesting the jumbo egg laden females? 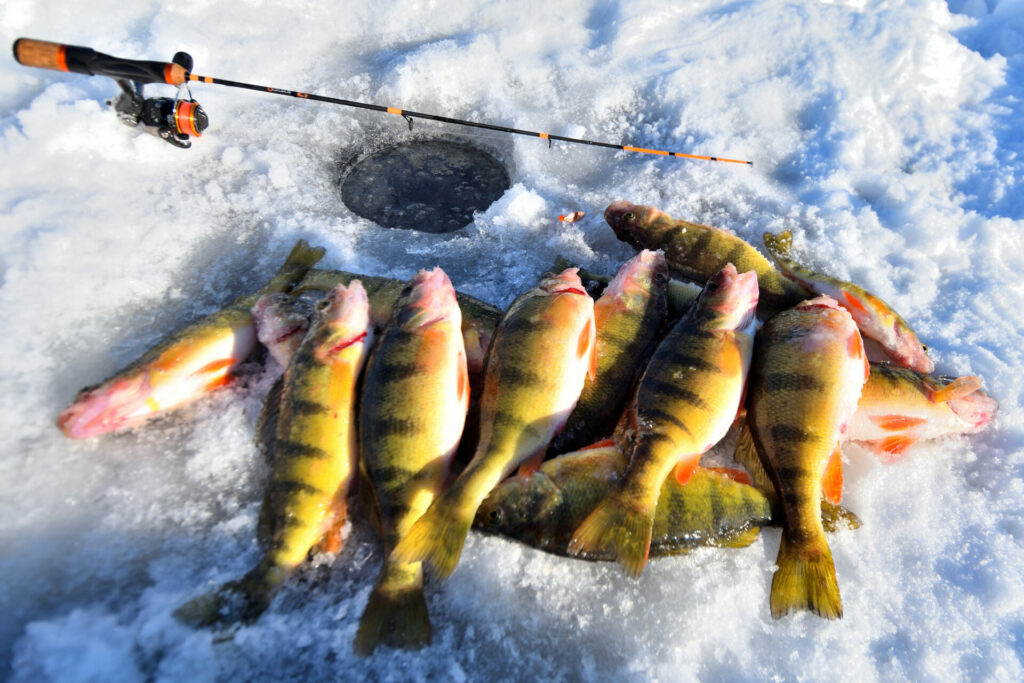 “Also, unlike other fish, once perch hatch, they are cropped [that is, eaten] incessantly by their own cohort of brothers and sisters. This cannibalism is rampant throughout their lives and while perch are cropped by all predatory fish, their primary predator is another perch.

“This means that the harvest of jumbo perch may not be as detrimental as it is with other species like walleye. Still, releasing trophy-size perch is a wise method of selective harvest, and it will ensure more and bigger perch in the future. Big perch are vital to crop small perch, and regulate population dynamics so you don’t wind up with stunted populations.”

Now that is fascinating—one of the key roles that trophy-size jumbo perch play is helping to crop and control the population at large.

“Perch get a bad rap,” Matity continues, “because if they don’t experience intense predation they will often reproduce to the point of exhausting their environment. Their numbers skyrocket and their growth is arrested. Anglers view these stunted fish as useless and undesirable, but Mother Nature is far less near-sighted.”

According to Matity, a stunted perch population will persist until there’s a shift in the environment that either dramatically reduces the population or expands the food resources.  Winter kill is a classic phenomenon that will do both of these things. And while it may wipe out virtually the entire population, it is rare that every single perch is killed. An underwater spring, for example, will spell salvation for at least a handful of perch, giving them a place to benefit from oxygenated water.

“What happens next is surprising to most anglers,” says Matity.  “We have our growing years, adult years and twilight years. A malnourished child, for example, may not grow up to what is considered a normal size. But fish are cold blooded. They grow and reproduce their entire lives and, in the case of stunted perch, are capable of an accelerated growth rebound.

“The few surviving stunted perch in the winter-killed lake will suddenly have unlimited food and space in which to grow and reproduce.  And while the literature suggests they will do it two times faster than normal, my personal experience is that it is even quicker than that.  What is also spectacular, is that these stunted fish are sexually mature adults that will kick out a year-class of newbies their first season under ideal circumstances. So stunted means something very different to a perch biologist or fisheries manager. As you’ve heard me say before, God is great and he made Mother Nature brilliant.”