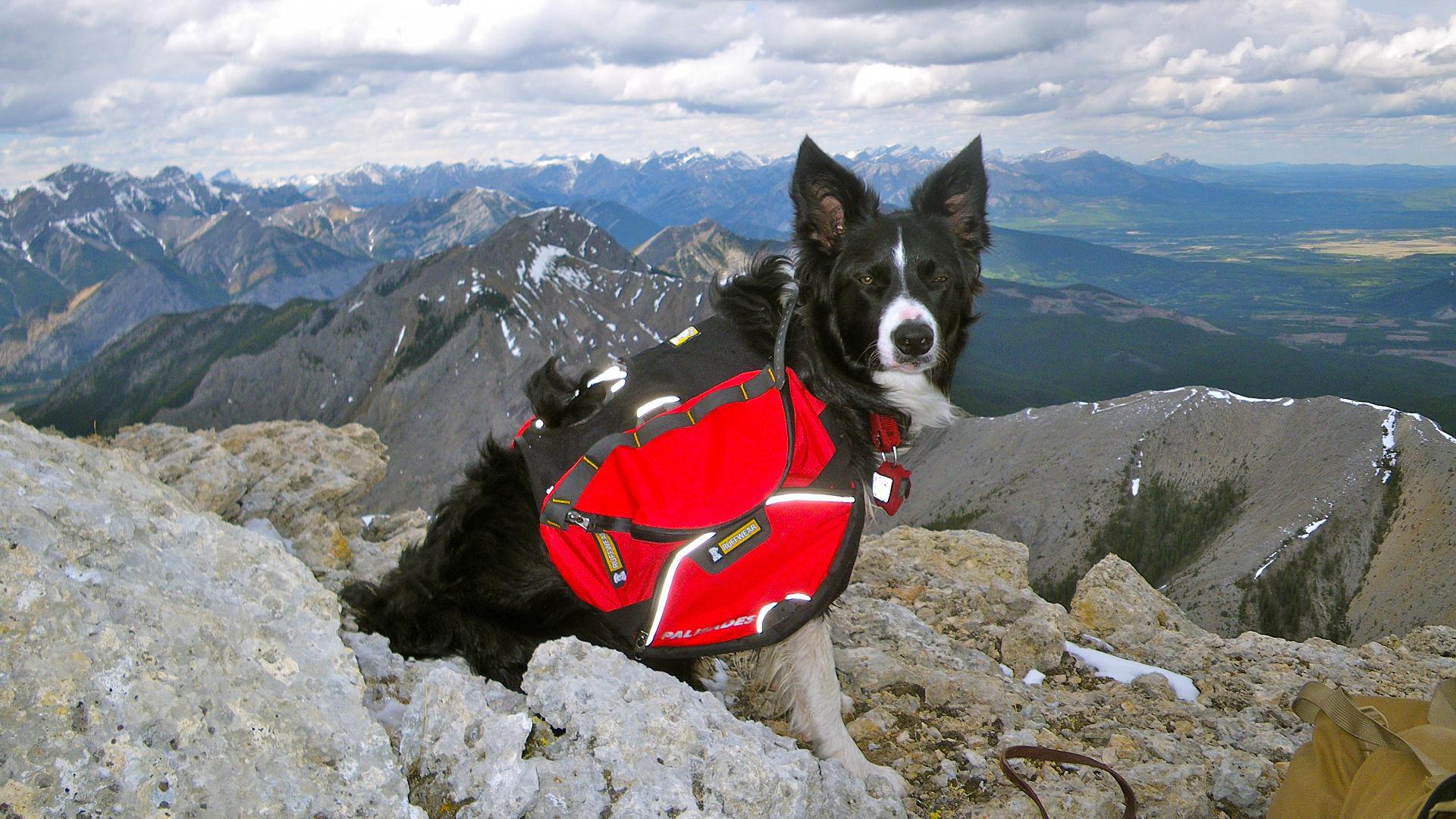 Why it’s high time for Alberta to legalize pack dogs

By legalizing pack dogs, Alberta can save hunters—and grizzlies

From flushing dogs in southern Alberta to blood-tracking dogs in Africa to pack dogs in the Yukon, I’ve long had the good fortune to hunt with four-legged friends at my side. To me, the hunting experience is always enhanced by these hard-working canines.

And while the use of such working dogs is fairly universal, my home province of Alberta is the only place in North America that prohibits dogs on big-game mountain hunts, except for cougars. Dating back to 1906, the regulation was meant to prevent the use of pursuit hounds for deer, elk and other ungulates. Unfortunately, it also excludes the legitimate use of pack dogs.

As the name implies, pack dogs help mountain hunters by carrying gear and meat. They also help prevent run-ins with bears. “Over the past 20 years, I have had to kill a number of grizzlies in self defence, and I can think of at least three of those that I’m sure could have been prevented had I had a pack dog with me at the time,” says Tavis Molnar, one of North America’s top Dall’s sheep outfitters.

Since Molnar and his guides started using pack dogs, however, rare is the time they’ve had to kill a bear. “I’m positive that there is a strong correlation, and not just coincidence,” he says. “I know that personally all of my defence kills of bears came prior to my use of a pack dog; after I started using one, I noticed my close and surprise encounters with bears declined sharply.”

This is a large part of the reason I’ve been involved in a long battle to have the use of pack dogs legalized in Alberta, a cause that has been championed by the Alberta Fish and Game Association, Alberta’s largest conservation group. The call for change has also received support from Safari Club International, the Wild Sheep Foundation and a large number of hunters.

In 2013, it appeared change was afoot based on comments by Diana McQueen, the then Minister of Environment and Sustainable Resource Development. When MLA Laurie Blakeman asked her in the provincial legislature if pack dogs would be allowed, McQueen replied positively, saying she was surprised they were still prohibited.

“This is something that’s just common sense and that should be allowed, and let’s get moving on this,” she said. “I was surprised that that didn’t happen already. It’s something I certainly wasn’t aware of. When those that were advocating for it brought it to my attention and to the ministry’s attention—in my mind it’s a no-brainer, and let’s just move on it.” Yet nearly two years later, it remains illegal to use pack dogs on big-game mountain hunts in the province.

Dogs can be life-savers

Proponent of the ban argue pack dogs may actually cause more conflicts with bears, or be used to chase wildlife, but this is mere speculation. It’s well documented, on the other hand, that the use of pack dogs has saved the lives of both humans and bears.

Not only that, dogs are already permitted in the mountains if they’re accompanying bird hunters or hikers—we aren’t looking for a major paradigm shift from the government here, just a little common sense to correct an issue that should have never existed. Simply put, the current law was never meant to apply to pack dogs.

A promise was made to Albertans, but it has yet to be kept. Hunter-grizzly conflicts appear to be on the rise across the bear’s range, and a recent study out of Montana documents grizzlies actually following hunters in search of an easy meal. The facts are that pack dogs provide early bear detection and that their presence deters bears from interacting with hunters. How many more hunters must die and how many more grizzlies must be killed before the government lives up to its word and changes this legislation? As McQueen herself said, it is a no-brainer.

T.J. Schwanky is co-host of Outdoor Quest TV and a long-time proponent of pack dogs.