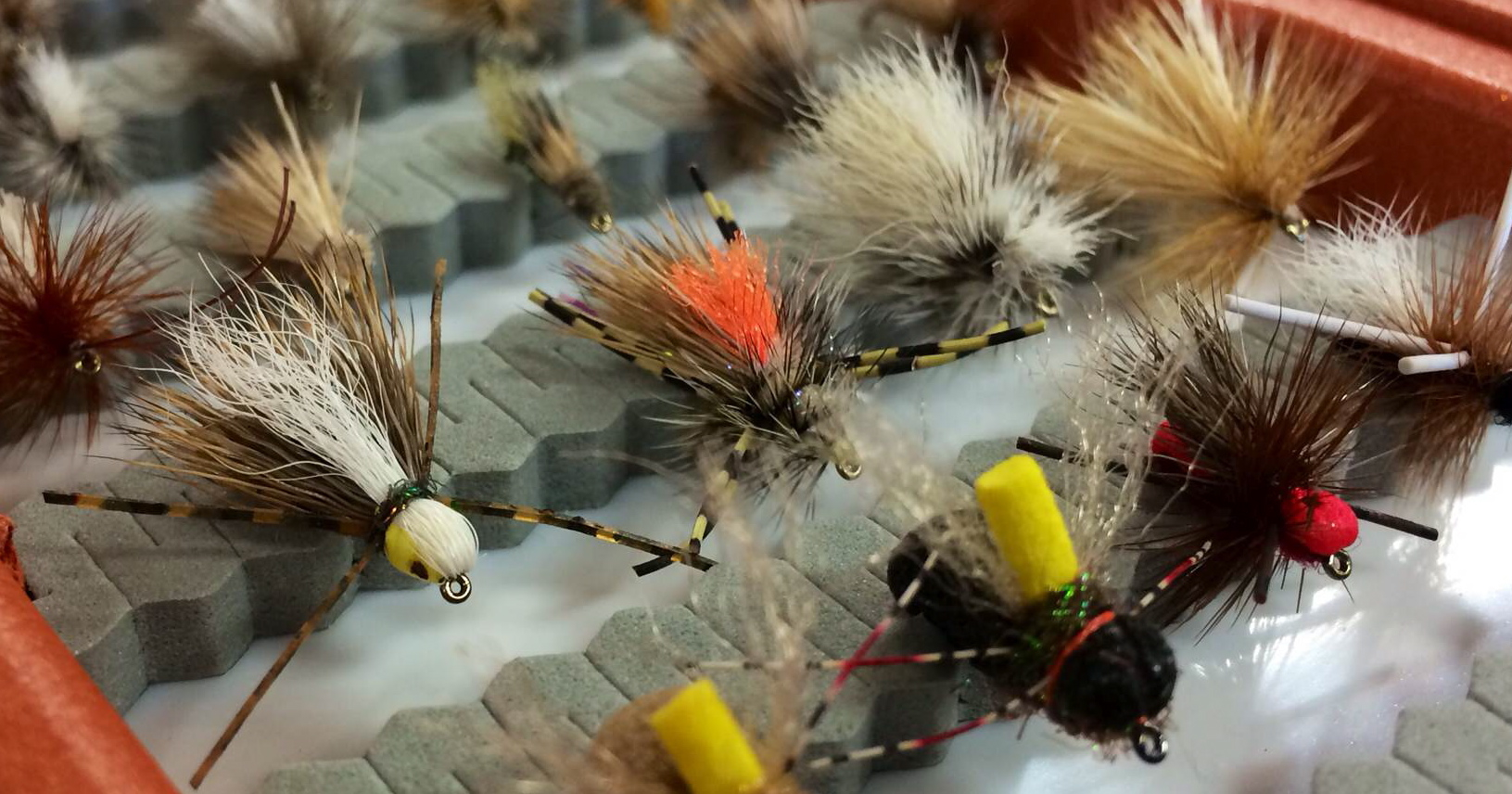 As summer heads into fall, aquatic insect activity in rivers often slows down, and many fly anglers see this as the end of the year’s dry-fly fishing. But if you enjoy fishing surface flies, there’s still plenty of action to be had by imitating another six-legged food source: land-bred insects.

Opportunistic predators that they are, trout will enthusiastically gobble up grasshoppers, beetles, flying ants and other unfortunate terrestrials that tumble or get blown into the water. These insects are truly important and attractive to river-dwelling trout (and bass, for that matter).

In The Orvis Pocket Guide to Dry-Fly Fishing, author Tom Rosenbauer cites stomach-content studies showing terrestrial insects are the dominant trout food in August and September. Why? For one, they’re abundant near water. Plus, scientists have shown that adult trout are good at judging the relative caloric value of prey.

Rosenbauer also notes that a beetle has a lot more meat on it than a similarly sized mayfly, while a big grasshopper is a meal comparable to a hefty baitfish. That drowning hopper is also a lot easier to stalk and catch, too. Small wonder trout make such a meal of terrestrials. 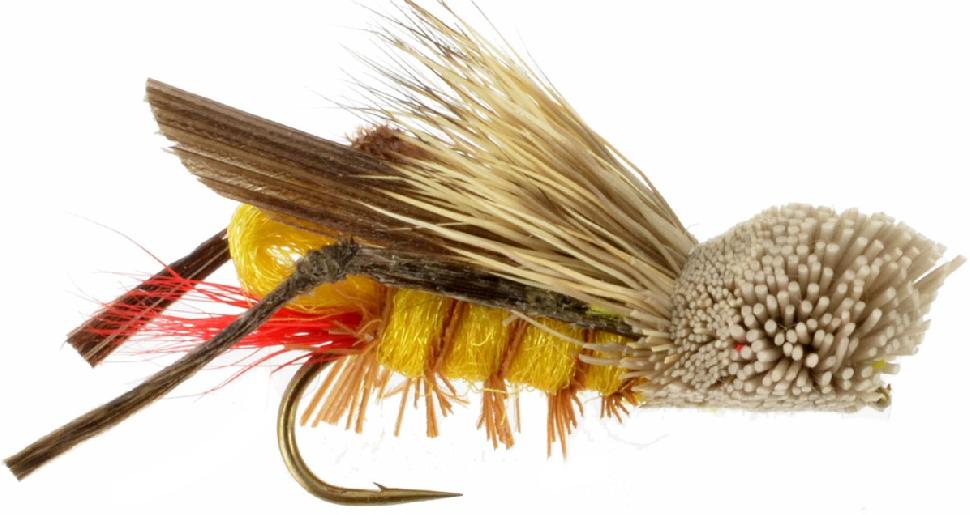 Forage varies from region to region, but if you carry simple grasshopper, beetle, cricket and ant patterns in small, medium and large sizes, you should be set. In fact, terrestrials may be the easiest of all hatches to match: if you see inch-long grasshoppers near the water, for example, simply tie on an inch-long hopper pattern.

There exists a dizzying array of terrestrial flies, including many new patterns using craft foam and other synthetic materials. But don’t get too caught up in specifics and colours—anything that floats well, is easy to see and offers a generally believable size and shape will do.

A few of my favourites include Dave’s Cricket, the Parachute Ant, the Hi-Vis Foam Beetle, the Stimulator and Turks Tarantula, which looks like a Muddler Minnow that got dragged to hell and came back wrong. Speaking of which, a simple Muddler treated with flotant also makes a pretty good hopper pattern.

Presenting terrestrials is—in the best possible way—dry-fly fishing for dummies. You cast up and across stream, but unlike conventional dry-fly fishing, you don’t have to worry so much about drag causing your fly to drift unnaturally. Since you’re imitating a terrestrial insect struggling for its life, dry-fly no-nos, such as letting the fly sink slightly or move across the current a bit, won’t put off the fish. You can even twitch the fly—just not too much, since your offering is most attractive when it seems mostly dead (or slightly alive, if you’re the glass half-full type).

Terrestrials also work well, arguably even best, during the warmth of midday, likely because that’s when hoppers, crickets and such are active. And even if you don’t see bugs on the water, terrestrials can still provoke a hit. That makes them good searching flies for quickly working stretches of river. And though the customary hot spot for terrestrials is along the banks, it’s wise to fish the entire river because the current tends to move drifting material into the main flow.

Finally, when it comes to the strike, terrestrial takes can actually be quite subtle. That’s why it helps to use a highly visible pattern. If your fly disappears, set the hook—even if you didn’t notice a splash or riseform. Your fly may have been sunk by the current, but it could also have been gently slurped up by a fish. And as they say, hooksets are free.

I like to lump another land-based fish food into the terrestrial category: mice. The giant steelhead and brookies of the far north are well known for gorging on hapless rodents that blunder into rivers. But mouse patterns also work south of 60. My fave is the Morrish Mouse (above, in top and side view). It’s simple to tie, lifelike, casts well and—unlike many mouse patters—drifts right-side up. Drifted or swung along the bank in low light, it’s a positively lethal big-fish fly.