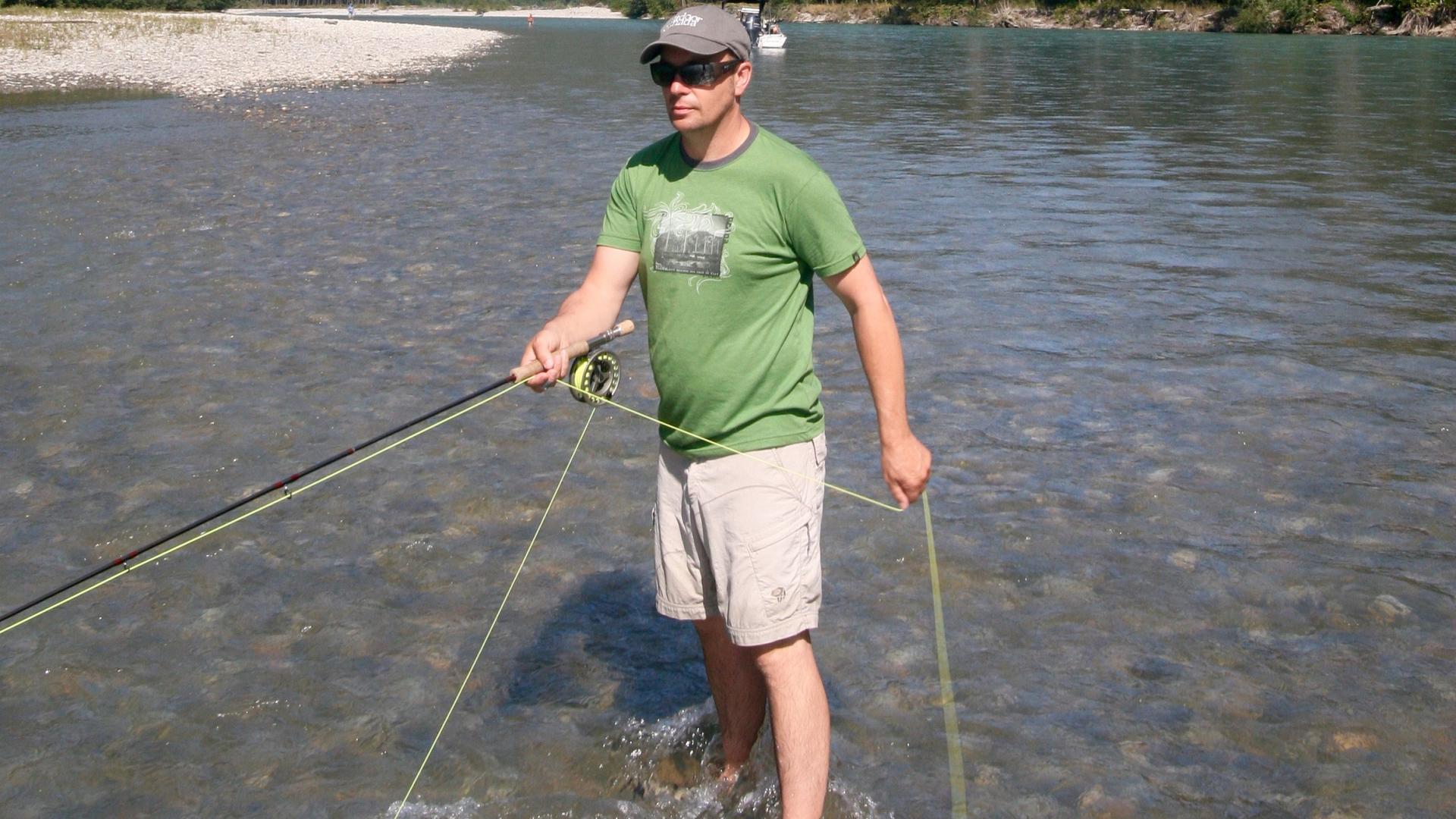 To catch more fish, move your fly like the real thing. Here’s how

As a dedicated, meticulous and—I like to think—seductive stripper, I’ve always wondered why more fly anglers don’t share my enthusiasm for stripping. After all, stripping in line after the cast is how you breathe life into your fly, transforming it from steel, fluff and feathers into a tempting morsel of food. That said, it’s also easy to see why the retrieve is often overlooked.

Given the combined complexity of reading the water, selecting a fly and casting, what to do when the fly actually lands on the water can be an afterthought. Fly fishing also comes from a tradition of dead-drifting or swinging insect imitations in rivers, where the current does most of the job. But with this country’s millions of lakes—not to mention the slower parts of rivers—Canadian fly anglers need to be retrieve savvy. So, here are a few tips from a long-time (but not over-the-hill) stripper.

Lures are designed to trigger a strike by darting and wobbling as you reel them back. But most flies lack a built-in action, so the angler has to manually animate them while retrieving the fly line by hand. This is more demanding than cranking a handle, but it’s also exciting to feel such a direct connection with the fish when it hits. And the basics are simple: Once you land your fly, continue holding the rod in your casting hand and run the line over your index finger. Use your other hand to grasp the line near the rod handle, and retrieve the fly by tugging line over the index finger of your casting hand.

The most common advice offered for stripping line is to try various retrieves until one works. That’s true, but a little vague, so it’s worth taking a closer look at what that means. There are only three elements of the retrieve you can vary: the length of the pull (long or short), the speed of the pull and the pace of the pulls (close together or with pauses in between). This may not sound like much, but like three-chord rock ’n’ roll, those simple variables offer near-endless options. The next step is narrowing down those options.

When deciding where to cast and what fly to use, successful anglers need to think like a predator, mimicking the mindset of the gamefish being targeted. But once your fly hits the water, the key to a lifelike retrieve is to think like the prey. You need to keep in mind what prey your fly is meant to imitate, and how that prey moves naturally in the water. And to really turn on a predator, you need to know how the prey moves when fleeing or injured.

If your fly imitates an insect, for example, move it like a feeble little bug. If it’s a leech, go for longer, steadier strips. And if it’s a small minnow, try quick darts or, for an injured baitfish, erratic darts with pauses. It’s also extremely helpful to take a moment to observe how your fly looks in the water. Note how it behaves when moving quickly, slowly and at rest. That way, you’ll know roughly what it’s doing as you strip in line.

There are no absolutes, but there are a few rules of thumb to guide your search for a successful retrieve. In clear water, for example, predators can see farther and they’ll come in from longer distances to snap at a fleeing meal. In that case, try faster retrieves. In murky water, on the other hand, a slower, steadier retrieve lets fish target prey using their lateral line. And when the water is cold enough to slow down a gamefish’s metabolism, likewise slow down your retrieve—a lot.

And finally, if you’re confident you’re fishing in the right location and at the right depth, but you’re not getting hit, it’s always better to try a different retrieve before you change flies. Go faster, slower, longer or shorter, and never forget the value or a good pause between strips. Creating a convincing, lifelike retrieve is just that important.

The number one mistake made by novice strippers, especially those who are experienced conventional anglers, is to move the fly by twitching the rod tip. Resist this impulse. It puts slack in the fly line and typically leaves the rod in a poor position to set the hook, making it hard to convert strikes into hook-ups.