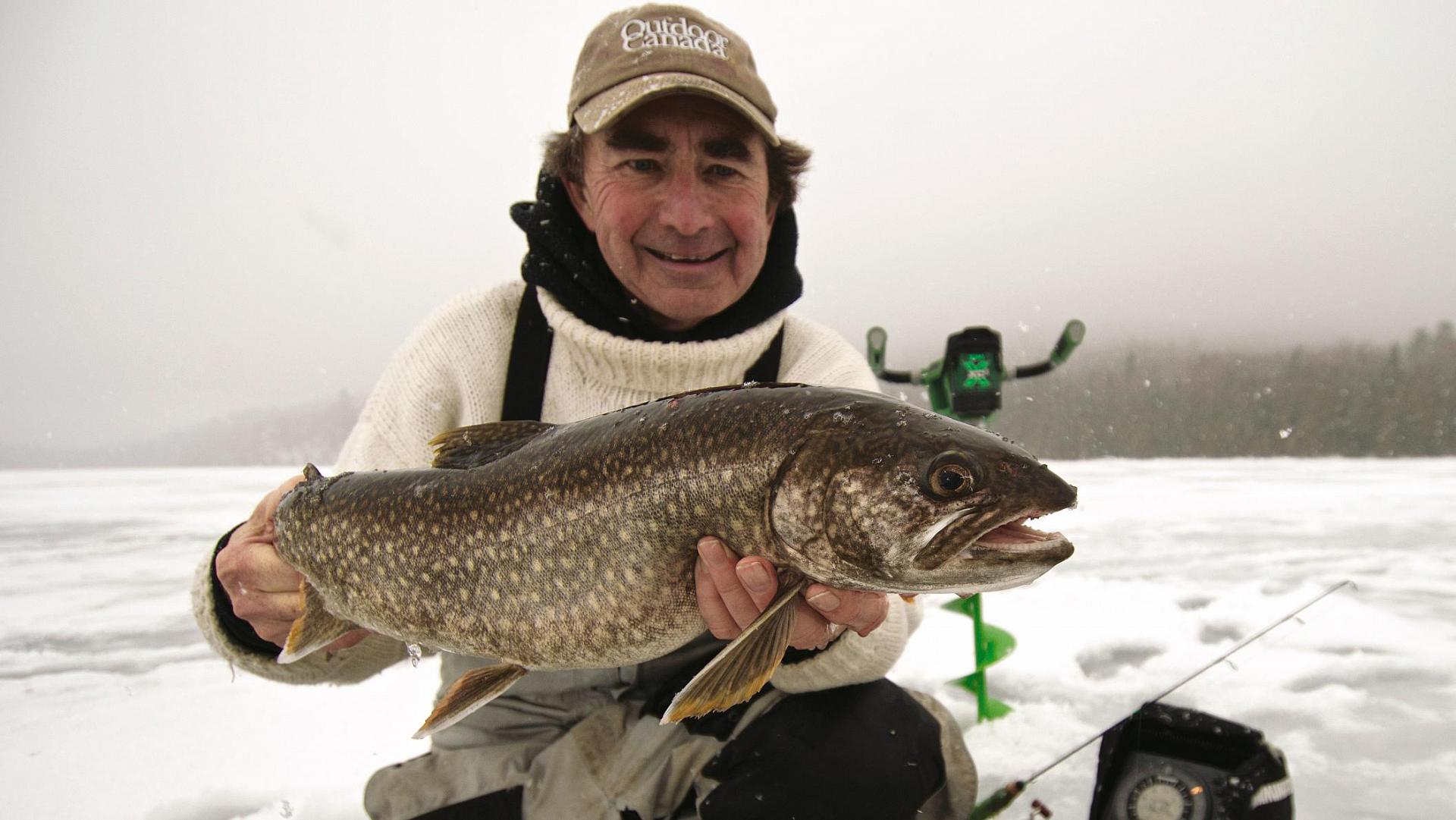 Why swingers catch more fish than any other ice anglers

The lure mod Gord Pyzer wishes he could have kept secret

Whenever I’m interviewing professional anglers and guides for Outdoor Canada, one of my favourite questions is, If you could have kept one trick a secret over all the years, what would it have been? If you were to ask me the same question, it would be using a Fastach Clip to separate the hook from my lure. As it was, I got to enjoy the tactic for six winters before good friend and In-Fisherman television host Doug Stange finally forced me to spill the beans.

Southern Ontario tackle manufacturer Bernard Yong-Set invented the Fastach Clip (below) as a piece of terminal tackle to tie on to the end of the line to make it easier to change lures. But I quickly saw the clip as a much better way to separate the hook from the lure, and the results were staggering.

My Fastach trick became public knowledge when Stange paid me a visit in Kenora, Ontario, to film a yellow perch ice-fishing segment on Lake of the Woods. He knew I’d been jealously guarding the tactic, so he walked up to me with the camera rolling and held up a big perch I’d just caught, the hook still firmly embedded in its lip. “Gord,” he said, “why don’t you show the folks the little trick you’ve developed?” And with that, the Fastach secret was out.

Yong-Set, by the way, later said that once the television show aired across North America, for several seasons he had difficulty supplying tackle shops with his clips because there was so much demand from ice anglers. The tactic is just that good.

So, how does it work? First, remove the treblehook from your favourite winter lures—the Williams Ice Jig, Rapala Jigging Rap and Acme Hyper-Glide are mine—and place a Fastach Clip on the hook hanger instead. Next, run the treble’s shank through the pinched-off head of a shiner, then attach the baited treble to the clip. This separates the hook from the lure by a critical fraction of an inch, making it impossible for a fish to steal the shiner head without getting hooked. Even more importantly, when a fish swims up to your bait, flares its gills and creates a vacuum, the lithe hook and minnow head will swiftly swing into its open mouth.