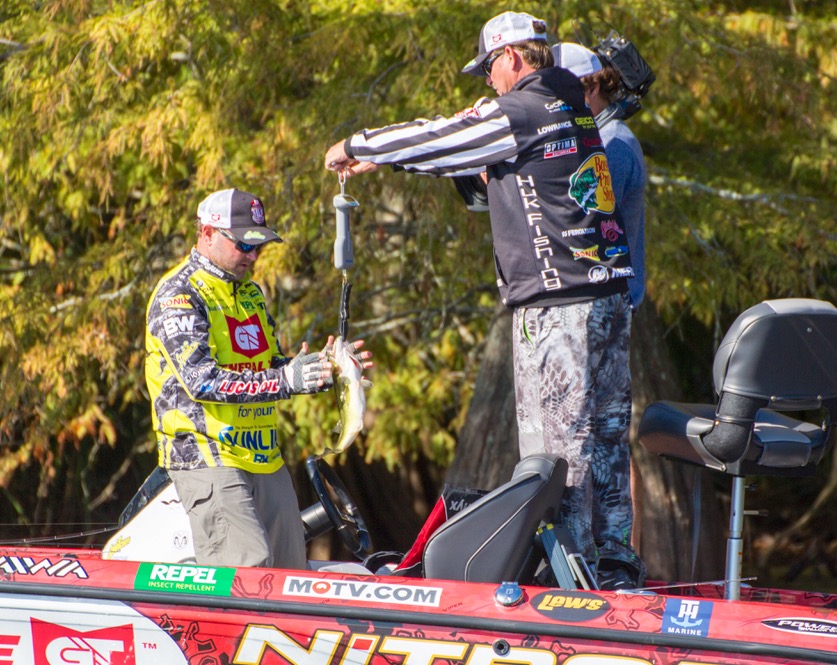 Bass tournaments have come a long way since BASS founder Ray Scott held his first one back in 1972 on Arkansas’ Beaver Lake, when limits of dead bass on stringers were weighed in. These days, live release is the norm in bass tournaments, with improved survival rates thanks to incredible refinements in livewell technology, along with Shimano Canada’s in-water weigh-in innovation (led by Queen’s University fisheries biologist Bruce Tufts). Although we still hear occasional complaints about the odd floating or dead fish after a tournament, there’s no question in my mind that a well-run catch-and-release bass competition is not a great threat to the resource.

Maybe the time has come, however, for us to consider an entirely new way of running bass tournaments. From a catch-and-release standpoint, what if we didn’t even hold bass in livewells? Maybe we don’t need every tournament circuit to feature conventional weigh-ins, where the competitors wait in line at the end of the day to weigh their heaviest five bass before the fish are finally released.

With all our technological advancements, it’s easy to imagine a system in which tournament anglers weigh their bass on identical handheld scales, then have the weight verified by an on-board referee and entered into an app so that it’s instantly available for every competitor to see. And if every bass is immediately released after being weighed and scored, we wouldn’t need to bother with the conventional format of keeping the five heaviest fish to determine who wins. Instead, we could allow the competitors to catch and score as many legal-sized bass as they can, giving the win to the angler who records the heaviest overall weight. And don’t you think watching the pros compete in this type of event—complete with all the highs and lows—would be perfect for television?

Well, thanks to Major League Fishing (MLF) and the Outdoor Channel, this type of tournament system actually already exists. Ever since the very first MLF tournament in 2011, television ratings have soared, and sponsors, anglers and, most importantly, bass fans can’t seem to get enough of the whole package. It’s been so successful, in fact, that MLF is launching the Bass Pro Tour (BPT), an entirely new tournament circuit, this coming season. The BPT has thrown the entire bass-fishing world into a major shake-up—the top pros from both BASS and FLW now have to choose between sticking with the status quo or jumping ship to the BPT. With the BPT promising greater payouts, more television coverage and zero entry fees, the vast majority of pros are taking the plunge.

THE FUTURE OF FISHING TOURNAMENTS

I have always been a strong advocate for traditional, well-run bass tournaments, but I can’t help but get excited about the prospect of doing away with the traditional weigh-in and instead weighing and immediately releasing the fish where they are caught. It’s simply much better for the fish. This progression in fish care, along with the entire MLF tournament format, could very well be the future of competitive fishing events at all levels.

In my own club in Ontario, Aurora Bassmasters, member Richard Worrall similarly developed a smartphone app—Fish Pro-Quo—for our members to instantly record fish weights during club tournaments. Now we can immediately release the fish rather than keep them in the livewell and worry about the limit. It’s been a great success. “Anglers like being able to see in real time how their fellow club members are doing,” Worrall says. “And with our boater, non-boater format in each boat, everyone is kept honest. It’s so exciting and so much fun. Our members love it.”

This new format has also been the impetus for our club to return to tournament fishing on Georgian Bay, where the three-bass limit had previously kept us away. For other parts of the country, such as B.C., where it’s illegal to retain bass in livewells, this format could also be just what tournament anglers need. Only time will tell if we are on the verge of a completely new style of tournament fishing, not only for the good of bass here in North America, but for the good of all fish species everywhere.

Learn more about the Major League Fishing system at www.majorleaguefishing.com.