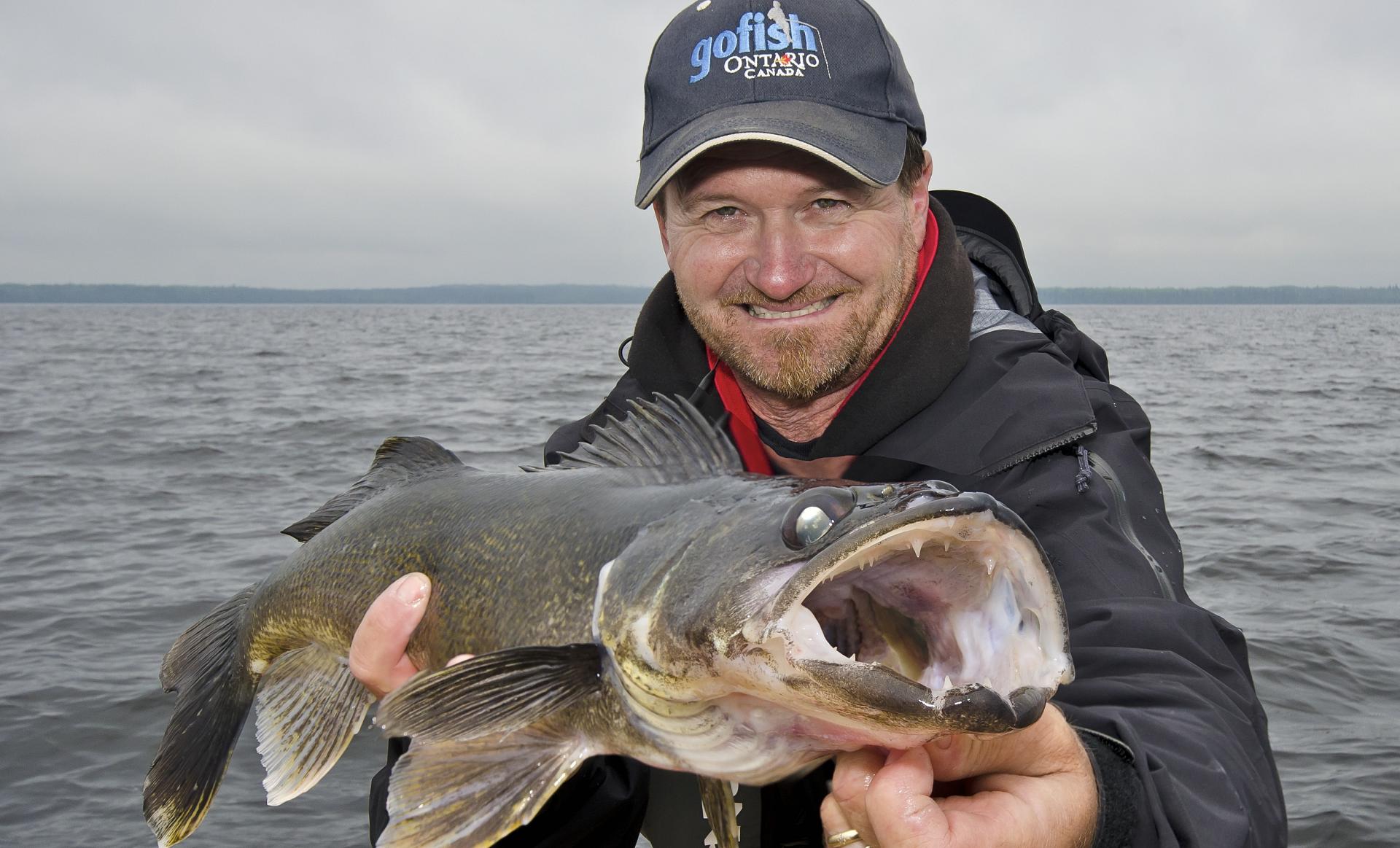 If you were told about a body of water in Ontario that’s touted as “a structure angler’s dream walleye lake,” how would you respond? Well, Fish’n Canada Show co-host Pete Bowman and I were told exactly that, and our immediate response was, “Tell us more!”

Making this bold claim was Gary Wallace, owner of Timberwolf Lodge on northern Ontario’s Nagagami Lake. A walleye fishing fanatic, he not surprisingly knows the lake better than anyone else. By simply pointing to the mapped chart on our portable GPS, Gary was able to put us on numbers of quality fish without even stepping foot in our boat.

Nagagami Lake is located 29 kilometres northwest of the town of Hornepayne in the District of Algoma. It has a surface area of 54 square kilometres, along with more than 50 kilometres of shoreline. It has two main inflowing rivers, the Foch and Obakamiga, with the like-named Nagagami River exiting on the northeast side of the lake.

Pete’s portion of the trip had him fishing on two peaks—the crest of a high-pressure system, as well as the crest of a mid-lake hump close to a deep breakline. These two elements made for great success. Since Nagagami’s walleye were post-spawn, a jig and minnow was Pete’s ultimate bait choice. And once he found the fish on his sonar, it was a constant bite.

When my turn came around at the midpoint of the trip, the weather took a drastic turn and Mother Nature laid out a true test for me. Thinking things through, however, I found the fish locked onto a steep drop-off, and I literally had to plunk my jig right on their noses to get a bite.

Nagagami is so good, though, that success was inevitable. All you need to do is find the fish, figure them out, then catch them! A structure angler’s dream walleye lake, indeed.

Learn more about Timberwolf Lodge at www.timberwolflodge.net. For a complete guide to Fish’N Canada episodes, TV channels and show times, go to www.fishncanada.com or www.facebook.com/fishncanada.