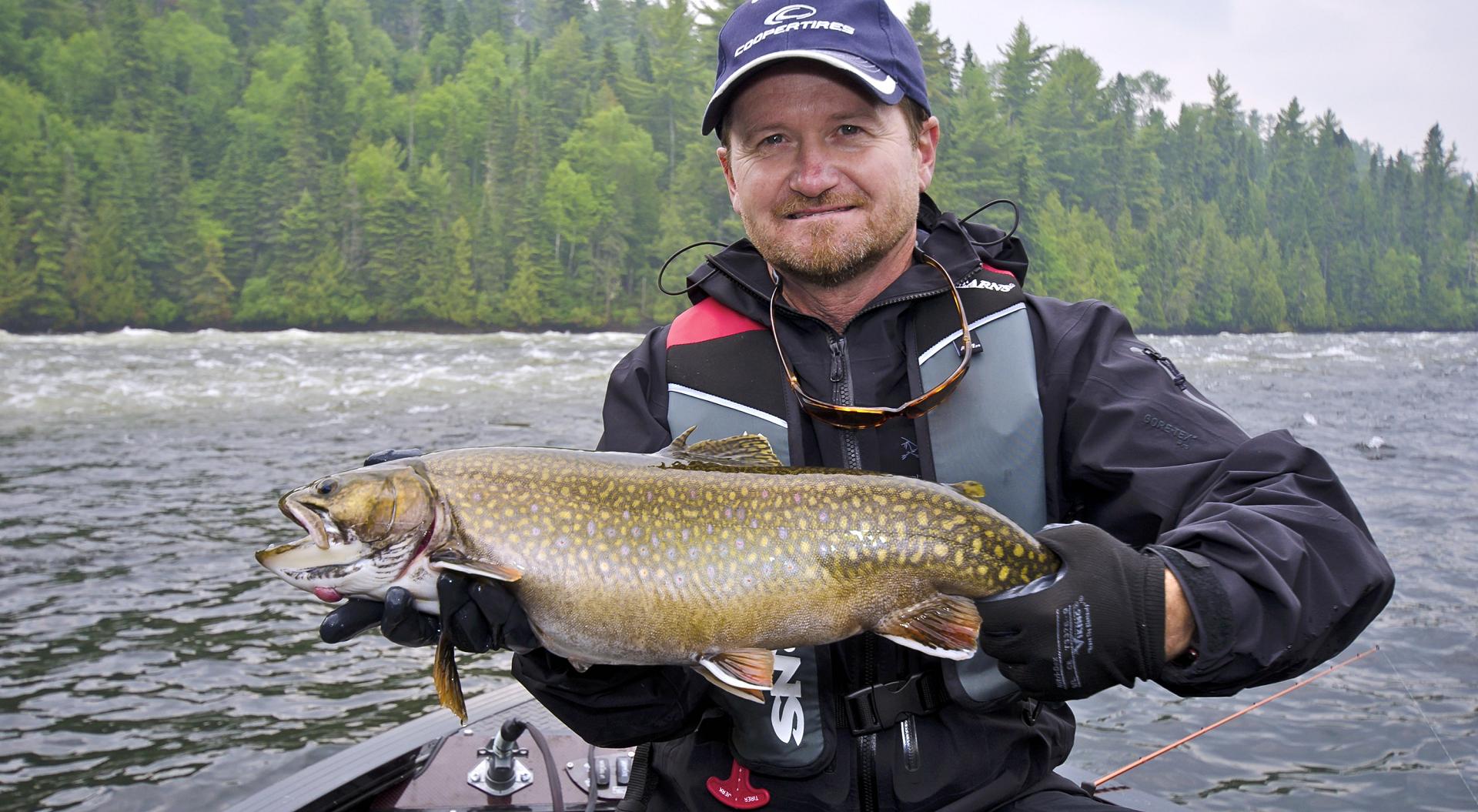 With its incredible array of quality fish habitat—from lakes and rivers to ponds and streams—Ontario is truly one giant fish factory. And when the fish talk turns to brook trout in particular, there’s no better destination than the province’s Nipigon River.

Coursing through Thunder Bay District in northwestern Ontario, the Nipigon is perhaps best known among anglers for producing the astounding 14-pound eight-ounce world-record brookie caught by James Cook in 1915.

To this day, this magnificent river continues to pump out an astounding number of trophy brook trout, along with thousands of smaller fish—even after giving up one spectacular trophy brookie after another for more than a century. You’d think today’s numbers would be low, but that’s just not the case, as we’ve discovered during several different visits over the years.

The 48-kilometre-long Nipigon River begins at Lake Nipigon and empties into Lake Superior, flowing through four man-made dams along the way: Alexander, Cameron Falls, Pine Portage and Virgin Falls. While there’s world-class brookie fishing spread pretty much throughout the entire length of the river, we typically concentrate our fishing efforts below the dams. And believe us when we say this is rugged and insane fishing.

Crazy-coloured bucktail jigs are one of our favourite bait choices for Nipigon River brook trout. Local fishing expert Randy Beamish and the owner of Nipigon River Adventures, Ray Rivard, put us onto this rather odd yet highly effective bait choice years ago. Of course, typical brookie lures such as in-line spinners and spoons will also work.

Along with brook trout, you can also find lakers, pike, walleye and whitefish upstream from Alexander Dam, which stops fish from migrating farther up the Nipigon from Lake Superior. The lower section of the river, meanwhile, also has all those fish species, as well as coaster brook trout, browns, rainbows and Pacific salmon.

But overall, it’s the brook trout that are the Nipigon’s big draw. In fact, the river is arguably the number one brookie-fishing destination in the entire world—and it’s right here in our home province. And for that we feel truly blessed.

Learn more about Nipigon River fishing guides and accommodations at www.nipigonriveradventures.com. And for a complete guide to Fish’N Canada Show episodes, TV channels and show times, go to www.fishncanada.com or www.facebook.com/fishncanada.