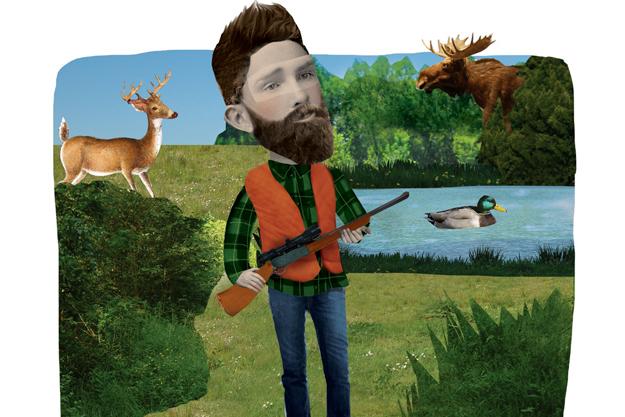 Why we should welcome the new wave of urban hunters
Hunting

Why we should welcome the new wave of urban hunters

If it seems there are more hunters afield these days, it’s because there really are. And that growth has come, in large part, from a totally unexpected quarter—young urbanites with no previous experience in hunting. This demographic may represent the single largest recruitment of new blood into our community of waterfowl, upland bird and big-game hunters, reversing two decades of sagging licence sales.

I welcome the support of these urban neo-hunters, but I have nagging doubts about their motivations, that they won’t one day clash with ours, pitting yet another hostile force against the traditional hunter.

For one, I worry about a fundamental difference in our hunting philosophies. The mainstream media suggest these so-called hipsters—dressed in dumpster treasures, with hair in dreadlocks, tattoos swirling purple and green, and rings dangling from places never meant to be pierced—are chasing down wildlife to feed a faddist Paleolithic diet. This inspires about as much credibility as watered-down track soup. It’s right up there with Facebook founder and CEO Mark Zuckerberg, who crowed to the world in 2011 that for one year, as part of a devout vegetarian diet, he would eat no meat unless he himself had killed it.

As with most hunters, I do not hunt to eat, though I eat what I kill and I truly enjoy the flavours and the rituals involved in bringing venison and fowl to the table. However, my hunting licence is a permit to go hunting, not a food voucher. In this aspect, I have trouble with the perceived expectations of these urban newcomers.

Could it be that the neo-hunters, seeing the abundance of game animals on the fringes of our urban centres, have been led to believe that hunting provides a readily available, dependable source of healthy, unadulterated and totally hip animal protein? I put that question to Dylan Eyers, the founding force behind EatWild, a Vancouver-based organization that provides guidance to urban hunters who have no roots or connections to the sport.

“I think new urban hunters are, for the most part, completely aware that hunting is not a sure thing, and that there is an incredibly steep learning curve to becoming successful at it,” Eyers said. “They know that it might be two, three seasons before they fill their tags. And they’re willing to make that investment.”

Eyers then flipped through some pictures on his smartphone and handed me the device to look at a photo. “This is one of the people I’ve been working with,” he said. “She located that buck, then moved into range. When she got it, she cleaned it by herself and wouldn’t let anybody help her drag it out. She wanted to do it all by herself.”

The next few photos, taken a year earlier at EatWild’s First Buck Banquet, showed new hunters enjoying a game dinner. There were no dreadlocks or dumpster garb, just young men and women looking like every other generation between them and me. The only difference was that these urban hunters lacked the support system of a hunting community, yet still they persevered.

So maybe, just maybe, the trend of young urbanites taking up hunting is not the fad suggested by the mainstream media. It looks to me as if there’s something deeper going on here, something described on one of the blogs I follow: “We no longer have practical skills, we don’t know how to feed ourselves, and we’ve basically become lost,” writes Jenny Monfore, a proponent of the do-it-yourself food movement from Bozeman, Montana. “So we’re slowly building new, thoughtful communities.”

If that’s the motivation, then there’s hope for us yet. But will these new urban hunters give back to the wild as much or more than they take from it? Being a hunter is not a commitment of a few days a year—it’s a lifetime of working, lobbying and standing firm to ensure the future of wildlife and wildlife habitat. If this new breed of hunter likewise ensures we can continue to roam our wild places, gun in hand and free at heart, then I welcome them with open arms.