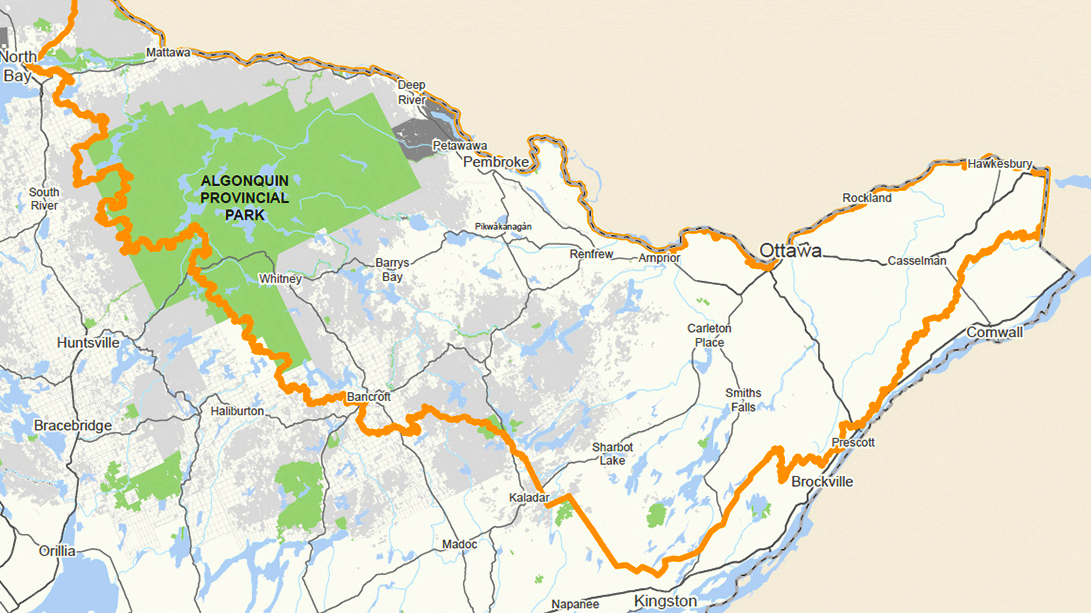 Why Ontario’s Algonquin Land Claim is bad news for conservation

Deal could restrict access, and devastate fish and game across one-seventh of eastern Ontario—including Algonquin Park

My father once advised me to listen carefully to what people say, and to pay close attention to what they actually do. Dad believed true character was revealed by what people do when they think no one is watching. That’s good advice for anyone dealing with Ottawa and the Ontario government during the Algonquin Land Claim public consultation process concerning fish and wildlife conservation—a 20-plus-year process sadly defined by a litany of convoluted contradictions, broken promises and not-so-clever deception.

The results of this political shell game will impact the future of fishing and hunting, and wildlife in general, across one-seventh of eastern Ontario, including Algonquin Park. It will also affect public access to the park, as well as vast areas of crown land, for the foreseeable future. According to the feds, this stage-managed process will become the template for resolving all aboriginal land claims across Canada where no treaty already exists.

Last June, Ontario’s minister of aboriginal affairs, David Zimmer, his former federal counterpart, Bernard Valcourt, and the Algonquin First Nation announced through a joint press release that their negotiators had signed off on a proposed Agreement in Principle (AIP) on the land claim. According to the Ontario government, the next step in the process is for the Algonquins to vote on the AIP, which would effectively eliminate more than a century of scientifically proven conservation principles. The vote took place in early March 7, with the AIP receiving 90 per cent approval, meaning final negotiations will now proceed.

Just imagine what the future will hold for conservation once Ontario and Canada take the final steps to entrench this policy—applicable to 10,000 people—in Algonquin treaty law. It will include no closed seasons for harvesting wildlife, no creel or bag limits, and no restrictions on gear, technology and harvest methods. Nor will there be regulations on the trade of wild fish and game meat. This anything-goes regression to the infamous market hunting and fishing practices of the 19th century will apply throughout the year in Algonquin Park, as well as in any National Park Reserve, National Wildlife Area, Migratory Bird Sanctuary or National Park in the treaty area.

Former Ontario premier Mike Harris once promised a region-wide public referendum on the agreement, but the 1.4 million residents and taxpayers living in the 36,000-square-kilometre claim area—now derisively referred to as “third-party interests”—have no say in the AIP’s ratification. Then there are the federal and provincial fish and wildlife biologists and natural resources professionals, whose mandate it is to responsibly manage and protect natural resources for all people. They were effectively muzzled and sidelined by the politicians for years in order to allow this national disgrace to proceed.

David Zimmer’s predecessor in the aboriginal affairs portfolio was now Ontario Premier Kathleen Wynne. During a Pinocchio moment in media interviews about the land claim process, Wynne spun a revisionist history, claiming organizations such as the Ontario Federation of Anglers and Hunters and the Canadian Sportfishing Industry Association were fully consulted. This is patently false, and extensive stakeholder input was ignored. The process was not honest, fair or transparent.

In 2006, the Algonquins, Ottawa and Ontario renewed a so-called statement of shared objectives, first signed in 1994. Key among the objectives: “Avoid creating injustices for anyone in the settlement of the claim” and “establish effective and appropriate methods and mechanisms for managing the lands and natural resources affected by the settlement, consistent with the principles of environmental sustainability.”

It’s ironic that while lawyers continue to pile up billable hours reinventing the conservation policy wheel, Ontario and Canada already have effective methods and mechanisms for managing natural resources. The Algonquin Park Fishery Management Plan and the Ontario Fish and Wildlife Conservation Act do not require a rewrite—they simply need to be applied and enforced.

Fishing and hunting are a human heritage. Politicians and lawyers have created the perfect storm for conservation by conflicting centuries of First Nations traditional culture with science-based sustainable use of natural resources. Whenever a process involving First Nations is challenged, someone will run to the microphone to shout racism as a way to dodge the true issue. Namely, conservation is colour blind, and no fish or wildlife resource can withstand unlimited human harvest by anyone—period.

Learn more about the Algonquin Land Claim at www.algonquinlandclaim.ca.