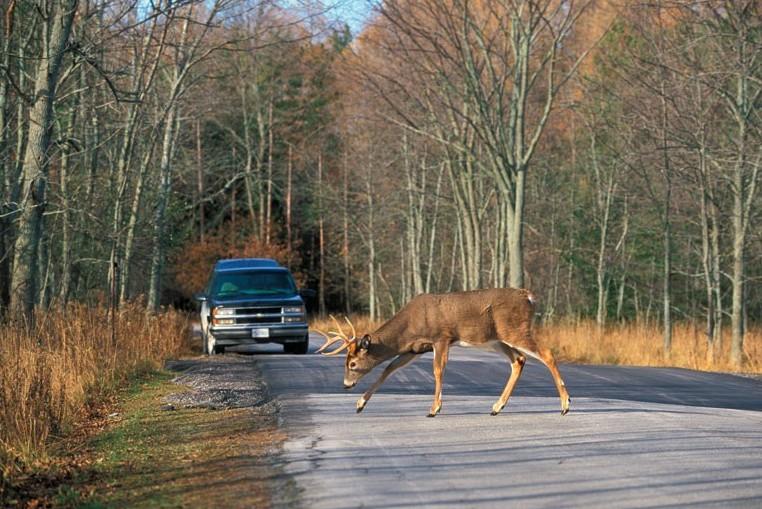 There’s good news and bad news about wildlife in many parts of the country. The good news is an abundance of species. The bad news is, well, that same abundance—when there are too many animals in a given area, they often become pests. One way to help solve the problem is for governments to encourage more hunting through longer seasons and bigger limits. Unfortunately, this isn’t always the case.

What makes a species a pest? Take roadways. They’re a good indicator of when there are too many animals. Across the country, wildlife-vehicle collisions are a major problem, and getting worse. Last year alone in Ontario, for example, 15,000 wild animals tried to share the right-of-way with vehicles—and lost. The province’s Ministry of Natural Resource estimates that 90 per cent of collisions are caused by deer, making them pest number one.

Officially, Ontario’s deer population is roughly 500,000 animals, up from 350,000 a decade ago. The surge is attributed to mild winters (this past severe winter was an anomaly), abandoned near-north farms reverting to bush and proliferating no-hunting signs on private property.

Although the deer harvest has doubled in the past decade—182,000 licences were issued last year—hunting hasn’t been able to stem the overall increase. The ministry, however, is doing its best by extending seasons and allowing more tags per hunter (up to seven in some wildlife management units last year). And such actions have been successful. The once pestiferous deer population in the Kemptville area, for example, has been cut in half.

For some people, however, these measures are not enough. Apple, soybean and market vegetable farmers are the most vocal in demanding deer wipeouts. In response, the ministry has so far handed out 109 special permits to farmers, allowing them to kill up to 10 deer each at any time of the year. And as word spreads, more farmers have been queuing up for the licences.

While this may help reduce the size of invading herds, many dead deer are being left to waste in the fields, according to one conservation officer. A better control method, which continues to place value in the deer, comes from the Ontario Federation of Anglers and Hunters: the organization is asking the government to allow a January deer hunt in addition to the extended fall hunt.

OFAH is also at the forefront of calling for the return of the spring hunt for black bears, now Ontario’s second biggest pest as evidenced by the staggering number of nuisance-bear reports throughout the province’s north. Counting bears has been a political exercise since the then Conservative government cancelled the spring bear hunt in 1999, with the province now sticking to the same population estimate of nine years ago—75,000 to 100,000 bears. This when OFAH maintains the government suppressed an original estimate of 128,000 in 1999, and when far fewer bears are being legally harvested each year.

In truth, no one really knows how many bears there now are. The Ontario government’s bear specialist, Maria D’Almeida, says the province is developing a DNA testing system it hopes will provide a more accurate estimate. In the meantime, however, many disgruntled northerners are routinely shooting problem bears and not telling anybody. OFAH credibly insists a return to the spring hunt could help rein in the complaints.

Taking the bronze as pest number three in Ontario are wild turkeys. Here, at least, the province is responding to complaints, with farmers saying the soaring population—some 70,000 birds—is destroying crops. In the past three years, the number of turkey hunting licences has risen from 36,628 to 47,158. And last year, a record 10,492 birds were taken. Still, the province is doing more-this fall, for the first time, it’s offering an either-sex hunt.

Finally, an honourable mention on the animal pest list goes to the raccoon, again with most of the complaints coming from farmers. And here as well, a link to hunting—or rather a lack thereof—can be made. Observes OFAH biologist Ed Reid: “Nobody hunts raccoons anymore.”

Preventing car crashes and crop depredation aren’t the only reasons to curb huge deer populations. Two years ago, Ontario issued a landmark report entitled Strategy for Preventing and Managing Human-Deer Conflicts in Southern Ontario. In it, the province acknowledged the threat of rampant deer populations spreading chronic wasting disease, Lyme disease and tuberculosis to humans. One of the report’s conclusions? “Recreational hunting is the most commonly used tool to manage deer abundance.”