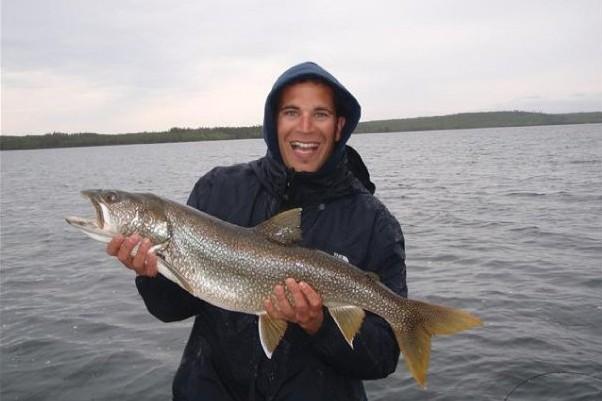 Fishing & hunting tips from an Olympian

It’s been a big year for Chestermere, Alberta, firefighter John Morris. He fished from Saskatchewan to the Pacific, went on his first bear hunt and is looking forward to late-season bowhunts for his favourite species: moose and elk. One other thing―he won a gold medal in curling at the Vancouver Winter Olympics. When it comes to fishing and hunting, in fact, the 31-year-old applies the same approach to scoring big as he does on the curling rink. Here’s how.

Collaboration and strategy are essential in curling, and the same is true in Morris’ other favourite sport: hunting elk in the mountains. “I always go with three or four guys that I trust and have a strong bond with,” he says. “Same as on the ice―if you’ve got one person who’s not pulling his weight, it throws everything off.”

Morris freely admits to having been a mere weekend warrior during his first few hunting seasons, blowing the dust off his rifle the night before a trip. But as he got more serious, he realized it was time to buckle down. And as a lifelong athlete, he knew what to do. “Just like in sports,” he says, “preparation, practice and work ethic create a successful hunt. So at the start of the season, I make sure we get out there and we’re hitting our targets.”

Since the inclusion of curling in the Olympics, Morris says curlers have gotten a lot f tter, and that’s what separates the good teams from the great ones. “I take that to heart when it comes to the outdoors as well,” he says. “I like to get out of my truck and cover a lot of ground, and if you don’t physically prepare for that, you could be left in a pretty sticky situation.”

If you’ve been sedentary, Morris says the place to start is light cardio training. “Try walking or go for a slow jog for 15 minutes, and just work your way up,” he suggests. “With cardio, it’s all about progression: start slowly, improve gradually and set goals.” Core strength is also important―a lesson he learned after 15 hours in a bear stand last spring. “Believe me, I was grateful for all the core work we’d done with the team.”

Between training, competing, promotional appearances and a demanding job, Morris still finds time for numerous hunting and fishing trips every year. How? Through smart planning. “When I travel for an event, I’ll arrange my schedule so I can go up early or stay late to fish,” he says. “In April, we had a tournament in Victoria, so I called a friend and said, ‘I’ll be there next month. What’s in season, and can we catch some?’ I still have some of that halibut in my freezer.”

For more on diet, exercise, and mental preparation, check out Jon Morris’ book Fit to Curl.