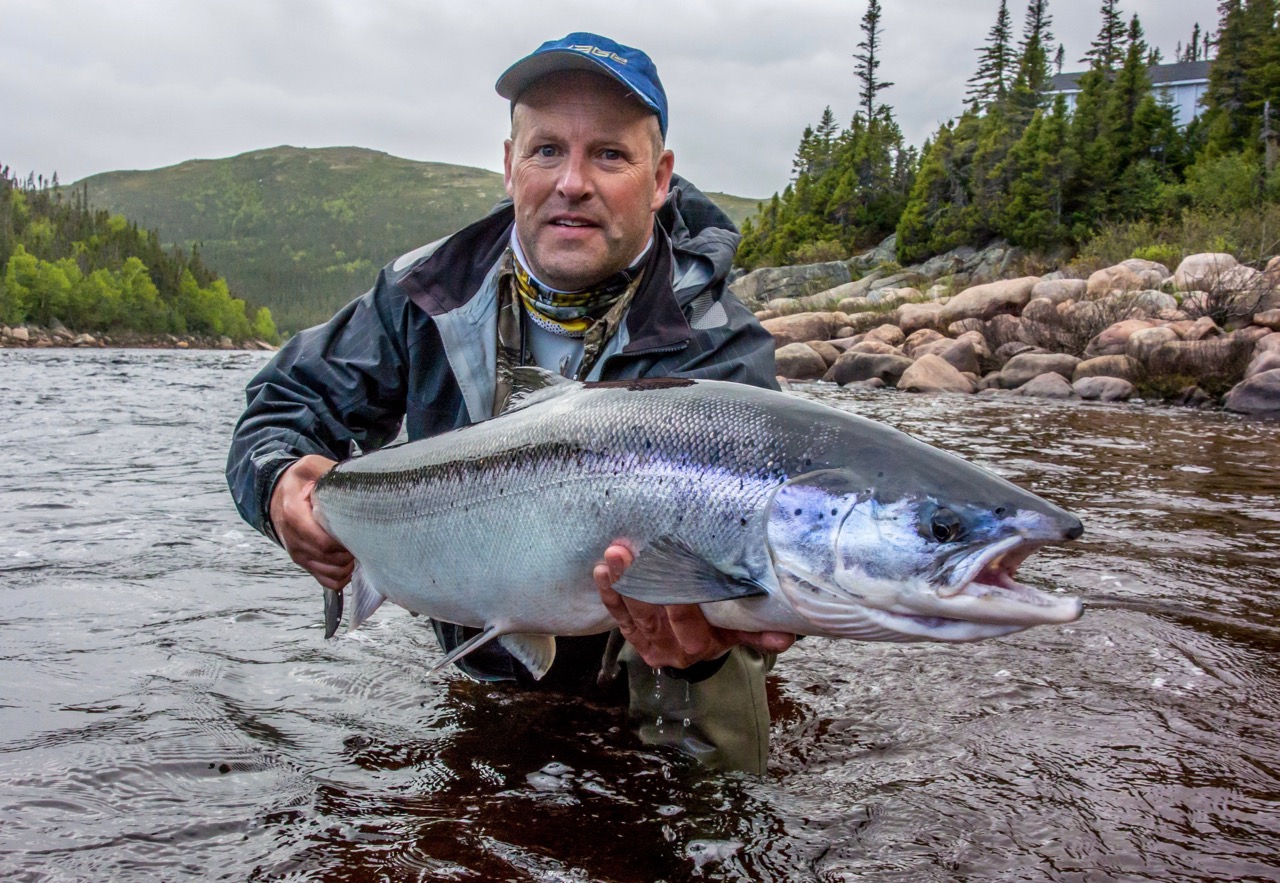 20 hot spots for Atlantic salmon in Newfoundland and Labrador

Atlantic salmon in Newfoundland and Labrador

Since Newfoundland and Labrador is so close to the ocean waters off Greenland’s west coast—the feeding grounds for many of the planet’s Atlantic salmon—it’s arguably the best place in Canada to fish for Atlantics. By the time they arrive at their natal rivers, these fish are ready to bulk up for the spawn, and take a fly or lure in the process.

Together, the Rock and mainland Labrador boast nearly 200 salmon rivers, with some counted among the best in the world. While there’s no doubt Salmo salar numbers are down around the globe, revered waters such as the Humber, Exploits, Gander and Eagle Rivers still attract sizeable runs every spring. And since Greenland recently agreed to limit commercial fishing for Atlantics until 2029, the numbers are bound to only get better.

Capable of clearing the water several times on reel-sizzling escape attempts, the Atlantic salmon has certainly earned its nickname: the leaper. And the fierceness of the fish’s fight is equally matched by the friendliness of Newfoundland and Labrador’s human residents. So, when you’re off the water, if you get invited to a scoff of Jigg’s dinner or a Screech and coke, do yourself a favour and don’t pass it up.

WHEN TO GO: Mid-June to late August

HOT TACTIC: Tie on a fly with a riffle hitch and skim it across the surface

[easy-tweet tweet=”@OutdoorCanada says catching an Atlantic salmon in Newfoundland and Labrador is one of Canada’s must-have #fishing experiences. Find out why, how and where to do it” user=”OutdoorCanada” hashtags=”fishingtrip, bucketlist, exploreNL”]