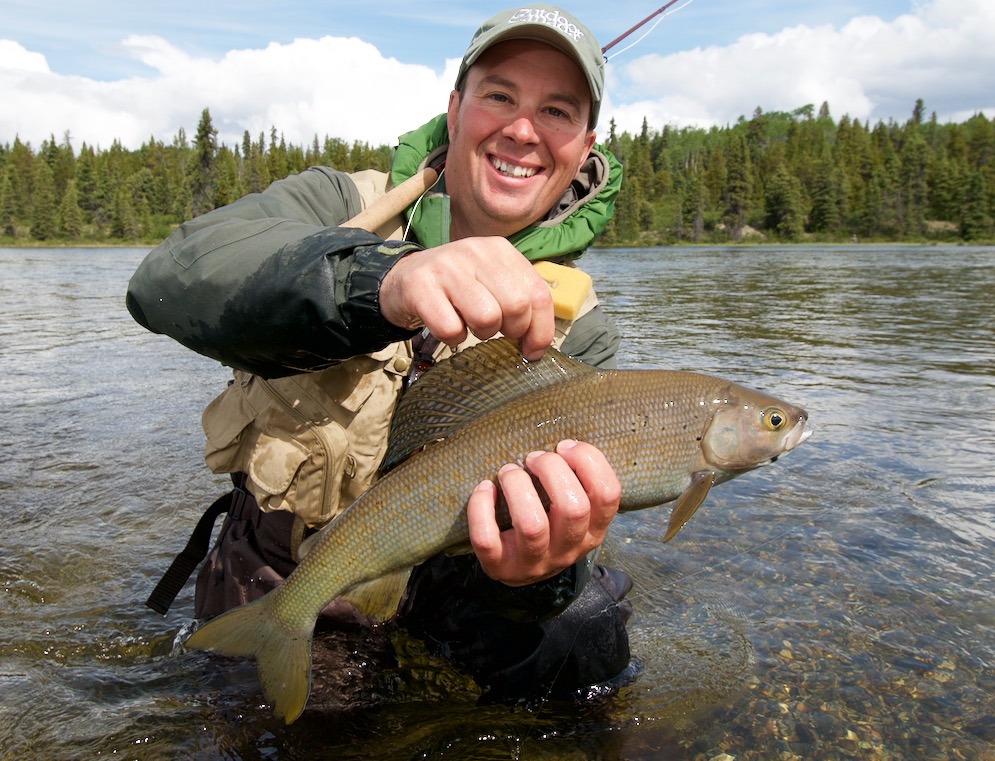 Arctic grayling in the Yukon

For a fish that most Canadian anglers have never caught, and perhaps never even heard about, Arctic grayling certainly inhabit a vast swath of our north country. These are frontier fish, found in countless cold-water lakes, rivers and streams, from Hudson Bay west to the Pacific Ocean, and north from the tips of B.C. and the Prairie provinces to the Arctic Ocean. And if anywhere typifies the places that grayling call home, it’s the Yukon.

Members of the Salmonidae family, Arctic grayling are not giant fish, typically weighing less than two pounds and measuring no more than 16 inches in length. But what they lack in size, they more than make up for in appearance. With their oversized dorsal fins and vibrant iridescent colouring, they’re truly magnificent to behold. And equal to their stunning visual appeal is their taste—a shorelunch of fresh-caught Arctic grayling is a must on any angler’s agenda when visiting the Land of the Midnight Sun.

The best part about grayling, however, is their abundance and willingness to bite, often grabbing flies or small lures dangling in the current as you prepare to cast. They’re surprisingly tough fighters for their small stature, too, making for great sport—and a truly unique northern fishing experience.

WHEN TO GO: June to September

[easy-tweet tweet=”@OutdoorCanada says catching an Arctic grayling in the #Yukon Territory is one of Canada’s must-have #fishing experiences. Find out why, how and where to do it” user=”OutdoorCanada” hashtags=”fishingtrip, bucketlist, ExploreYukon “]