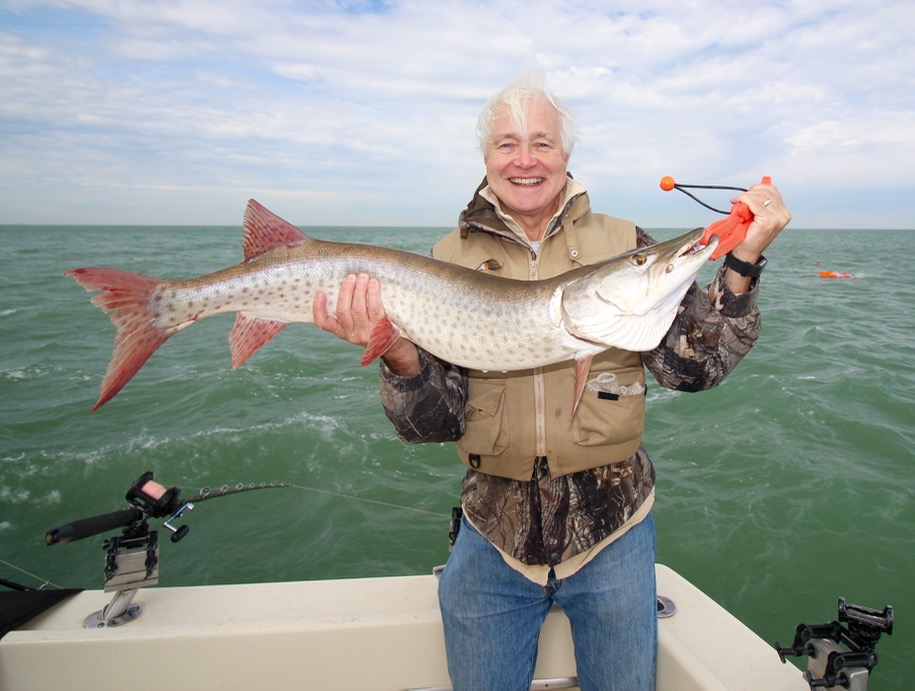 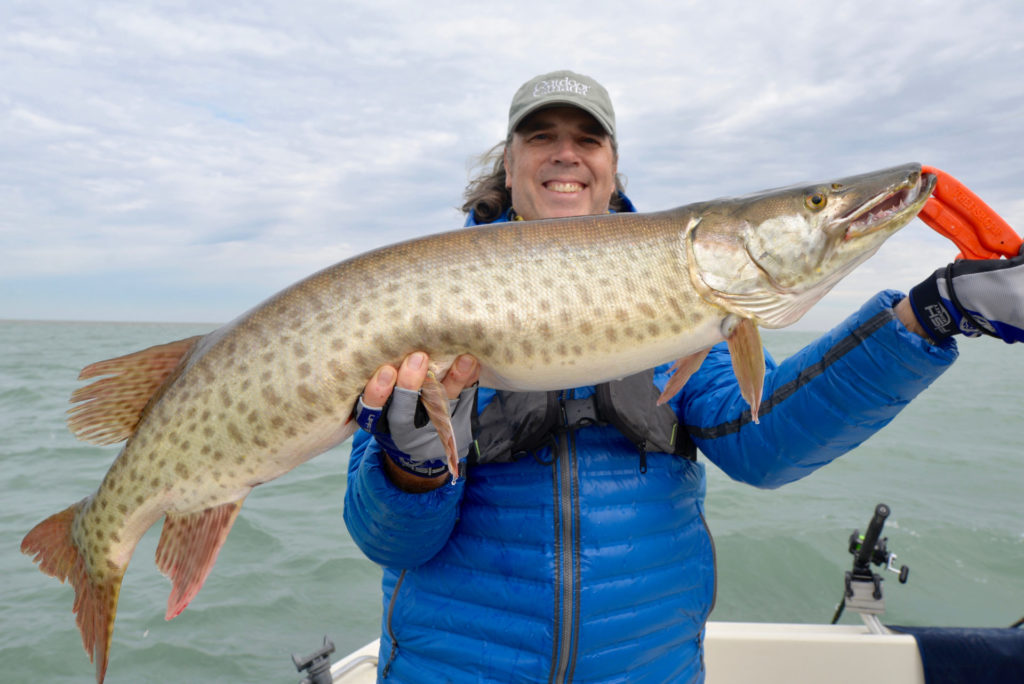 The average size of St. Clair muskies is simply huge

Mere minutes after Lynn’s fish, we had a good fish get off and then, half an hour later, another muskie took a whack at our offerings. This time it was my turn, and I hauled in a thick, fat 40-inch muskie (above).

And in case you’re in any doubt about this fish’s predatory qualities, have a close look at its killing tools (below), including an oversized hunter’s eye, sighting grooves on its snout and truly fearsome teeth. Over last 20 or 30 years, those great jaw have snapped shut onto hundreds, perhaps thousands of terrified shad, perch and other small fish, as they played their part in Lake St. Clair’s circle of life. 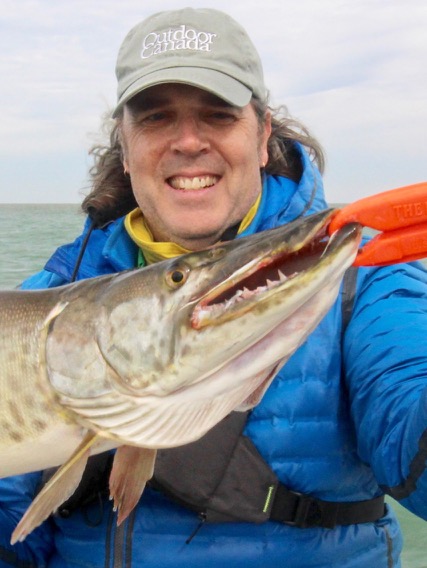 Yet incredibly, the captain considered this a respectable, but average-sized Lake St. Clair muskie. On a typical outing, in better conditions, Jones would expect to catch half a dozen—I repeat, half a dozen—muskies in this class on a day-long charter, and 10 or 12 fish would not be considered at all unusual, often with a few bigger ones in the mix.

Now that is what you call a world-class muskie fishery.

Many thanks to Captain Steve Jones and his crew for working so hard to get us fish in tough conditions. FishPredator Charters operates throughout the open-water fishing season, targeting walleye (April to July) and smallmouth bass (June to October) along with mighty muskie from June through October. Learn more at www.fishpredator.com or contact Captain Steve Jones at (586) 463-3474 or captstevejones@gmail.com.