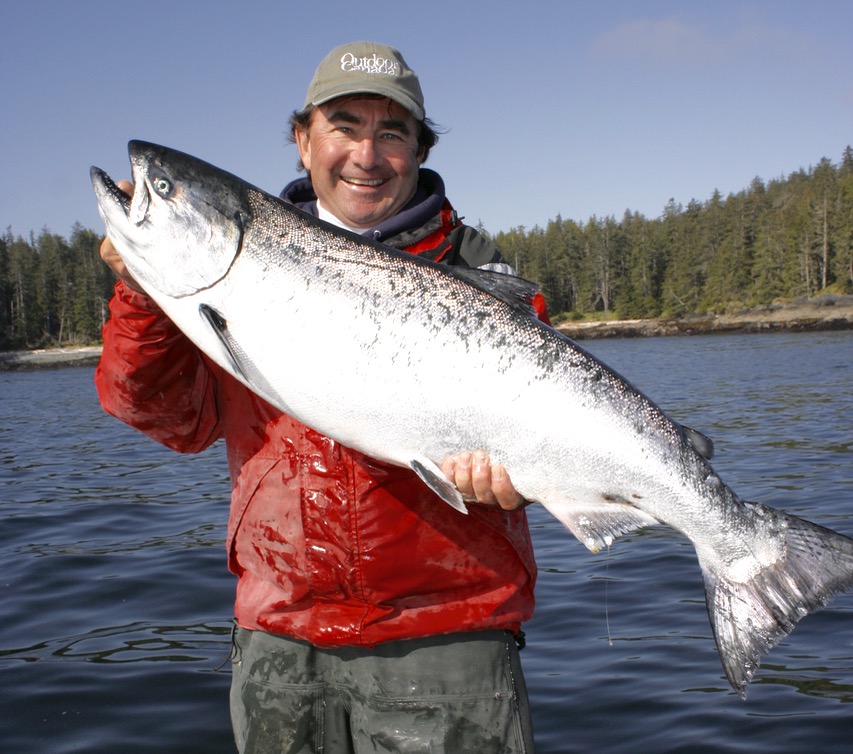 Sure, you can catch chinook salmon returning to their natal rivers, but you can also tackle them when they’re still bright chrome and tougher than hell out in the chuck. And B.C. rightfully lays claim to some of the best open-water and riverine chinook fisheries on the planet, complete with magnificent mountain backdrops and wildlife viewing, including a good chance of spotting feasting grizzlies, marauding orcas or mist-spewing humpbacks.

The largest of the Pacific salmon species, chinook are also known as kings, and for good reason: they’re downright royal looking, as in warrior-king, complete with shining armour. And they fight hard, bending stout rods to seemingly the point of breaking, then screaming off on line-thieving runs. Whether you’re casting, mooching or downrigging, it doesn’t take long to realize you have a chinook on the line—the violent headshakes and knuckle-busting reel peelers are dead giveaways.

For anglers, the ultimate goal is to catch the king of kings, a chinook weighing 30 pounds or more, otherwise known as a tyee. And if you’re really lucky, you just might hook a chinook topping 50 pounds. It happens, as Newmarket, Ontario’s Deborah Whitman-Perry can attest: she caught and released an 83-pound three-ounce behemoth near Rivers Inlet in 2012. Wow.

WHEN TO GO: Year-round, depending on location

[easy-tweet tweet=”@OutdoorCanada says catching a chinook salmon in BC is one of Canada’s #bucketlist #fishing experiences. Find out why, how and where to do it” user=”OutdoorCanada” hashtags=”fishingtrip, exploreBC”]