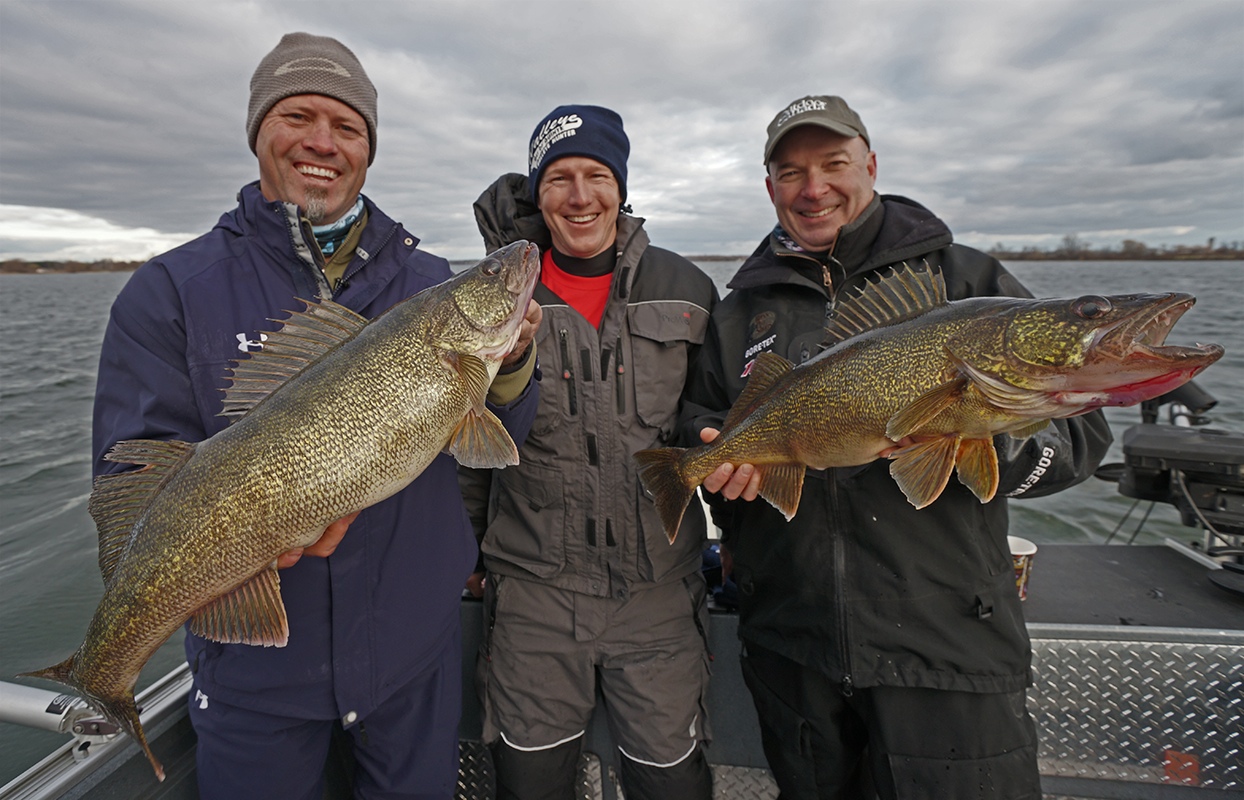 Ah, walleye fishing! Just when I thought we were about to get blanked yesterday on Ontario’s Bay of Quinte, the fish turned on. Fishing buddy and retired NHLer Owen Nolan and I notched up another two double-headers, and I lost a tank of a fish. Captain Scott Walcott pegged it at at least 13 pounds, judging by the bend in the rod; I have to agree, especially since the dang thing broke my line. No mind, Owen and I had another great day on the water, filming an episode with Nick Pujic and his crew for Owen’s new TV show, Sportsman 360 TV.

And what a shoot it was. Along with the extra camera boat and three cameramen hard at work, we also had a cameraman in a helicopter shooting us for an hour or so in the afternoon. (If you were out on Quinte yesterday, and wondered what the heck was going on, now you know!) Thanks again to Captain Scott from Bay of Quinte Charters and his fellow guide, Jeff Chisholm, for putting us on the fish. In the end yesterday, we boated six beauty walleye, missed three and added a pike for good measure, bringing our two day total to 12 walleye. Can’t complain about that.