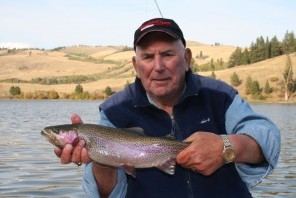 Canadian Angler Hall of Famers to be Honoured Tomorrow

Tomorrow morning gets off to an auspicious start when the latest inductees into the Canadian Angler Hall of Fame are officially honoured. The ceremony will take place during the annual fishing industry breakfast at the Spring Fishing and Boat Show at the International Centre in Toronto.

Yours truly, in fact, will have the honour of presenting the distinction to Dan Otway, who will be accepting on behalf of his late father, Bill Otway. Bill, who passed away last October, was a giant in the B.C outdoors community, having served, among many other things, as executive director of the B.C. Wildlife Federation. He is being inducted posthumously into the Hall of Fame’s Advocacy category Click here to learn more about his numerous accomplishments.

As for the other inductees, they include:

Also to be handed out tomorrow is the Rick Amsbury Award, presented annually to the individual or individuals in the angling community who’ve made outstanding contributions throughout the course of the year. For 2011, the recipients are Leo Stakos and Ron James, hosts of Fish TV.

As well, the annual Conservation Award, given to the group deemed to have made the biggest contribution to fisheries conservation, will be presented to Muskies Canada for its restoration project on Lake Simcoe, among other initiatives.