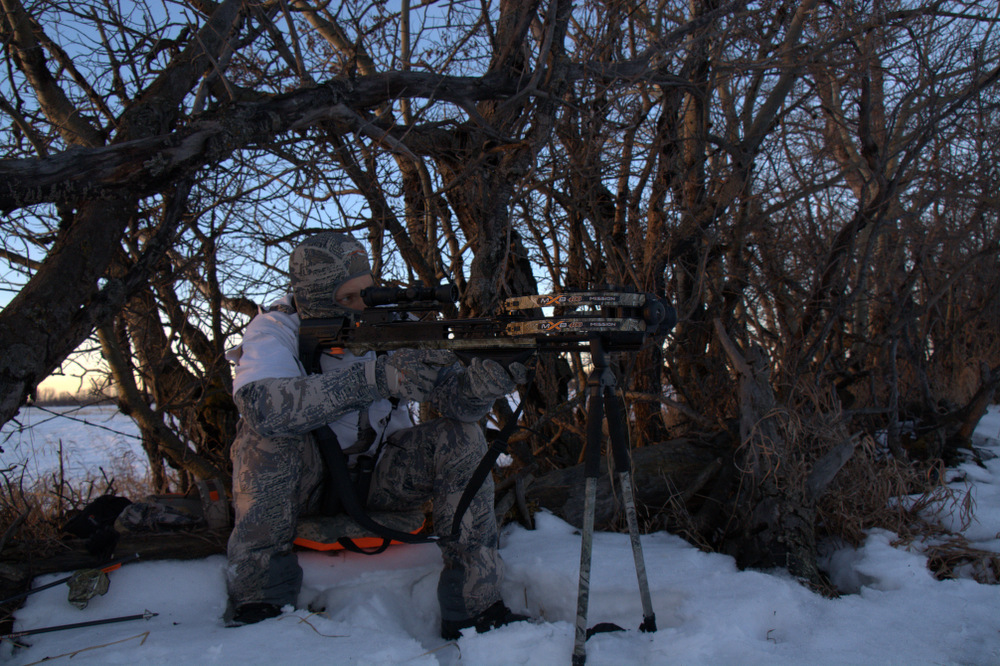 I mentioned it last month and I’ll say it again: The wind is a hunter’s best friend and worst enemy, potentially all in the same minute. Wind direction and velocity can change quickly and it just takes one gust from the wrong direction to foil a plan that had been working perfectly. For many close-range hunters on the ground, constantly checking the wind and adapting is a must.

Last weekend, I decided to try coyote hunting with my crossbow. My chosen location was in the bow zone, with many occupied dwellings close by, so I figured a quiet crossbow was an ideal option to harvest many coyotes in one morning. I had hunted this location this past fall, so I knew coyotes were in the area from seeing them and their tracks, along with hearing packs howl several evenings at dusk. From the less-than-stellar deer action this past fall, I knew the deer herds could use some relief from the constant attention from predators.

I went with a friend, which is an ideal set up for calling coyotes. Having one guy do the calling and have the other set up downwind and off to the side of the caller to ambush the incoming coyote. We parked our vehicle on the road and walked in 500 metres west, towards the river valley. We set up in a wind break of trees between two agricultural fields. We hung a rabbit decoy in the trees and set up a magpie decoy in the field just underneath.

We had what we thought was a perfect set up. The wind was blowing our scent northerly, into the vast, open field. A ridge about 50 to 60 metres north was an ideal spot for coyotes to get within my shooting range, but remain out of sight until the very end. In an ideal situation, we’d see the coyotes come out of the river valley and come towards us, feeling secure because they’d be out of sight and coming in from the downwind side.

My partner started off by turning on the electronic magpie screeching decoy and it worked like a charm. After the initial set of three to four chirps, half-a-dozen magpies came flying in to investigate and landed in the trees surrounding us and began calling on their own. A few minutes later, several ravens flew overhead to see what the commotion was. We knew any coyote for miles along the bush line would be able to see these flying, live decoys and we hoped they would come closer to investigate. After a few minutes, my partner threw in a rabbit-in-distress call for a short 30 second sequence and we patiently waited.

The wait was longer than usual, but I finally saw a coyote in the field several hundred metres away. Unfortunately, the coyote was running towards us from a surprising direction. He was going to have to cross the road we parked on and would have a great view of the truck – surprising to say the least. I watched the coyote bound back and forth, going in and out view momentarily with the contours of the land. Since he was flanking us from our blind rear side, I wasn’t sure that my partner had seen him. Nonetheless, my job as the shooter was to be prepared. The next time he dipped out of sight, I adjusted my bipod, turned to face in his direction and re-ranged the distances so I was prepared beforehand. It was now just a matter of seeing how close this dog would come, as there was no doubt he was interested. The wind wasn’t perfect, but hopefully the coyote wouldn’t pick up our scent until he was in range and offering me a chance to fling an arrow. The coyote consistently came closer and closer, until I started ranging him at 200 metres. He made an abrupt stop at 121 metres and he turned to go another way, meaning he’d caught our wind. The jig was up for this one and I knew it wouldn’t be long before he ran for cover far away from us. A few seconds later, that’s exactly what happened. 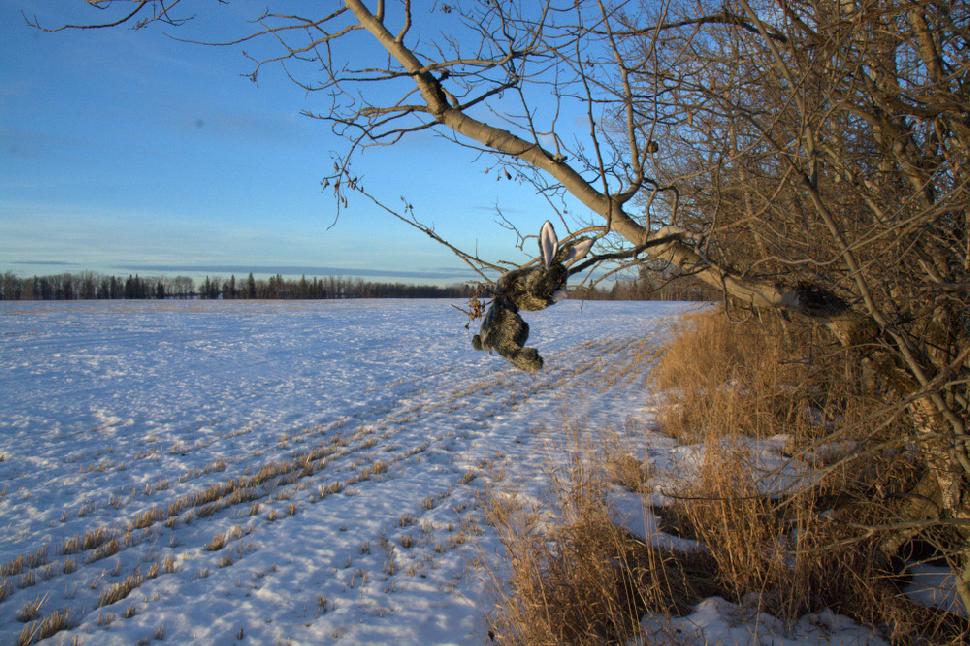 Nothing works every time with hunting and calling, and set ups are key when hunting in close range. We’d set up the best we could, but you never know where the animals are going to come from or how fast. The great thing about calling coyotes during the winter months and shooting at them with a crossbow is that you don’t spook the entire area, giving you multiple chances to set up and launch some arrows. Better luck next time.