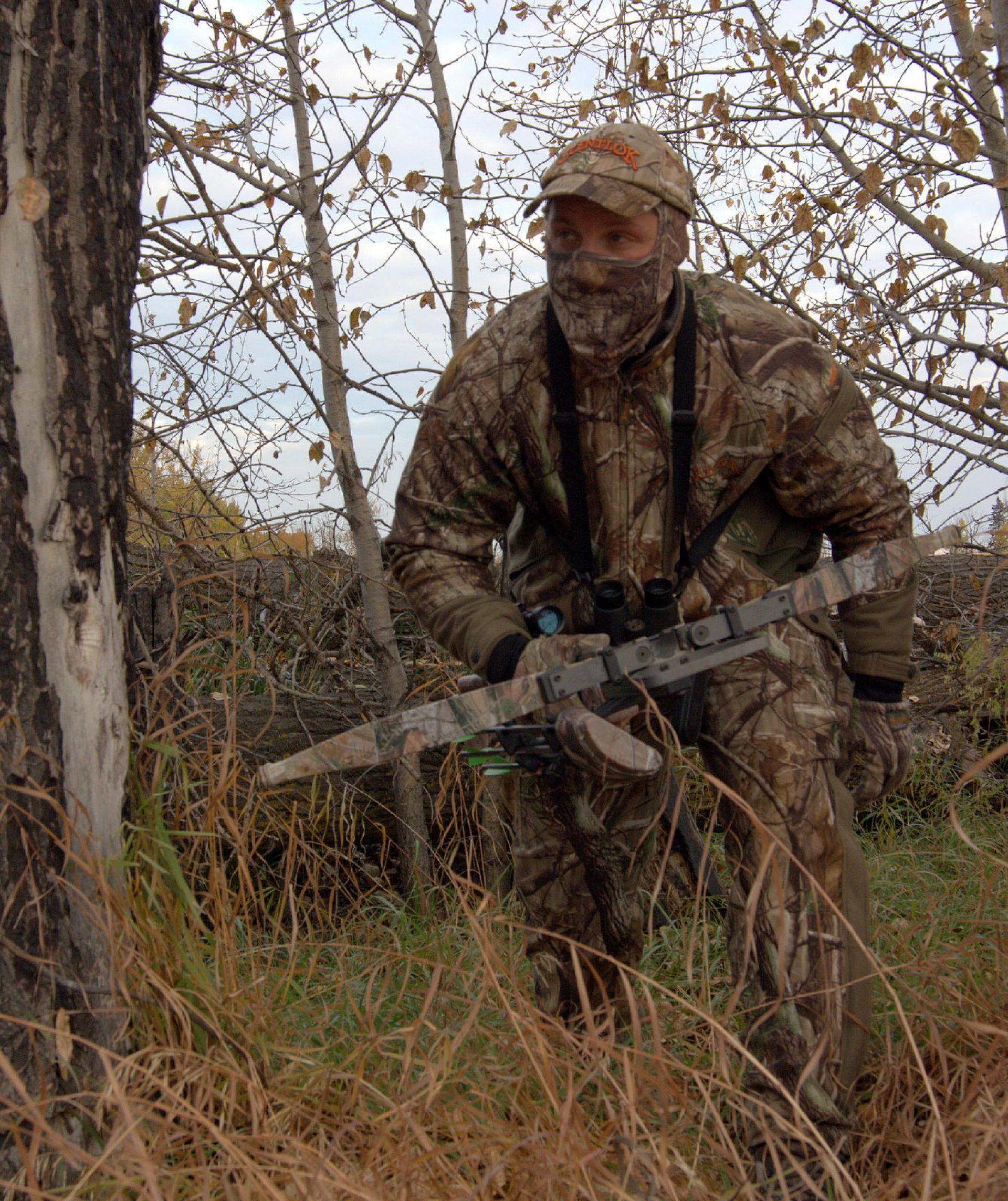 I started crossbow hunting because I thought I could extend my range on white-tailed deer shots. Turns out I was mistaken. Modern compounds are capable of shooting just as far and packing just as much punch to put down a deer at distances of 50 metres and more. The problem wasn’t so much the technology, but the fact that arrows are just plain slow compared to bullets and whitetails have lightning-fast reflexes. Whether the arrow is flying at 280 feet per second like some 60-pound compound bows or 400 feet per second like my Mission MXB-400 crossbow, it’s still slow and deer have a chance to move after you squeeze the trigger. A few years back, because I thought I could shoot farther with a crossbow, I didn’t take as much time or care to set up my blinds. I was basically using the rifle-hunting mentality of finding the food the deer are eating and set up in a place where you can see as much ground as possible. Needless to say, these set ups never proved fruitful, but now I’ve learned a few things about hunting with these short arrows from stationary pop up blinds. 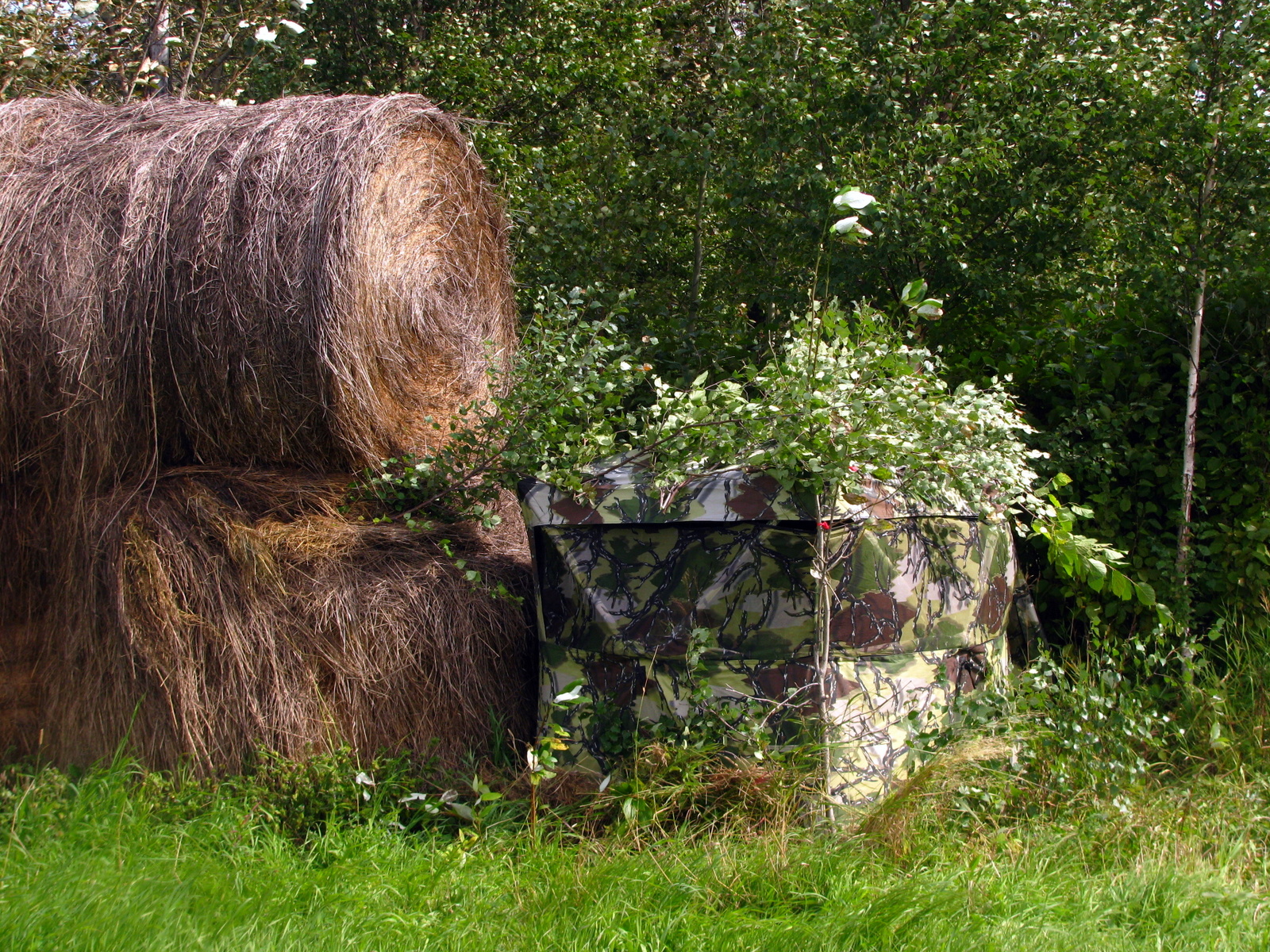 I’ve tested my crossbow hunting set up, with four-blade fixed broadheads, at 20, 30, 40 and 50 yards. I do this to ensure the lethal arrow is flying true at all distances, meaning the point of impact is the same as the point of aim. I use a fixed blade because I like to shoot through my blind’s mesh. The mesh helps keep things concealed, like movement and the heat from my heater. Although I do hunt from a tree stand often, I’ve learned to set up my blind in the same type of intersecting trails that I target tree stand set ups. I hunt with my young children a lot, so the blind is invaluable for keeping the experience real and stealthy.

For blind set up locations, I target trails to and from food sources. I prefer never to be right alongside the field edge that the deer feed in for a few reasons. One, the deer don’t often enter the field until last light. Two, if the wind is right for ambushing deer as they enter the field, what happens if they go around you or enter the field from somewhere else – they’ll likely bust you and associate the blind with danger. This will compromise the set up you put so much work into. Three, getting into position in the morning, before shooting light, is risky business alongside a field where the deer could possibly be feeding. Most fields have several trails entering them from cover and the challenge with crossbow hunting is picking the right trail.

To better your odds, scout in advance and walk several of the field entry/exit trails back into cover a few hundred metres. Quite often, several trails converge and this is an ideal place to set up an ambushing blind. I’ve seen as many as 10 game trails funnel into one fence crossing. Setting up on highly used trails means a few things will be to your advantage. One, these travel routes are usually only used for a few minutes, rather than hours like feeding and bedding areas. Two, trails are within cover and this means a close range set up, ideal for crossbow hunting. You may see less deer when picking trails in the bush, but the deer you do see will likely present shooting opportunities. There is nothing more frustrating than watching a large field full of deer knowing your weapon can’t reach them and there is no cover to stalk in closer for a shot. Therefore, don’t set up for such a frustrating experience. Finally, locations set up away from the food source give the hunter time to get into position before first light without spooking deer (because they’re still feeding.) The idea is to get in and set up before they arrive. You don’t want your ambushing position to be the same place as where the deer are when you’re walking in. You want to set up (in advance) of where the deer are going – easier said than done. 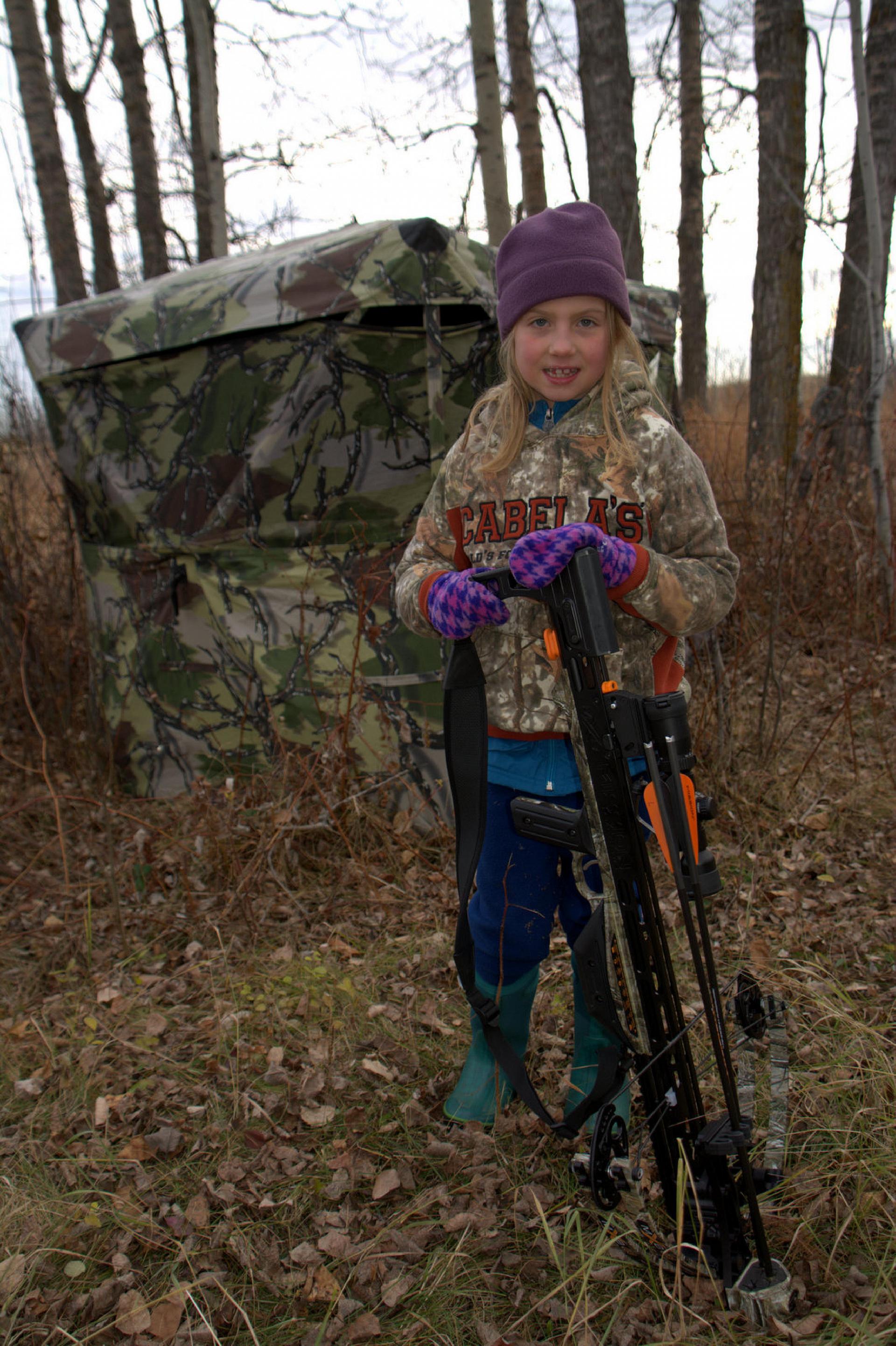 My daughter and I hunted opening morning and she did great getting into position quickly in the dark. I explained the plan to her, to walk along the ATV trail quietly and without talking. She used her flashlight and felt stealthy. She did great and never made a sound on the way in and we didn’t bump any deer. Unfortunately, we didn’t see any deer that morning, but we did hear one walking through a trail out of range and out of sight. A small tidbit of excitement. Our blind has been set up for over a month now and the deer should be used to it, now it’s just a matter of getting out during the rut and sitting still, waiting for the deer to travel by. We’ve already increased our chances of success by picking a location that covers multiple game trails, close to a food source. Usually the does continue to feed during the rut and where the does are, the bucks will soon follow. 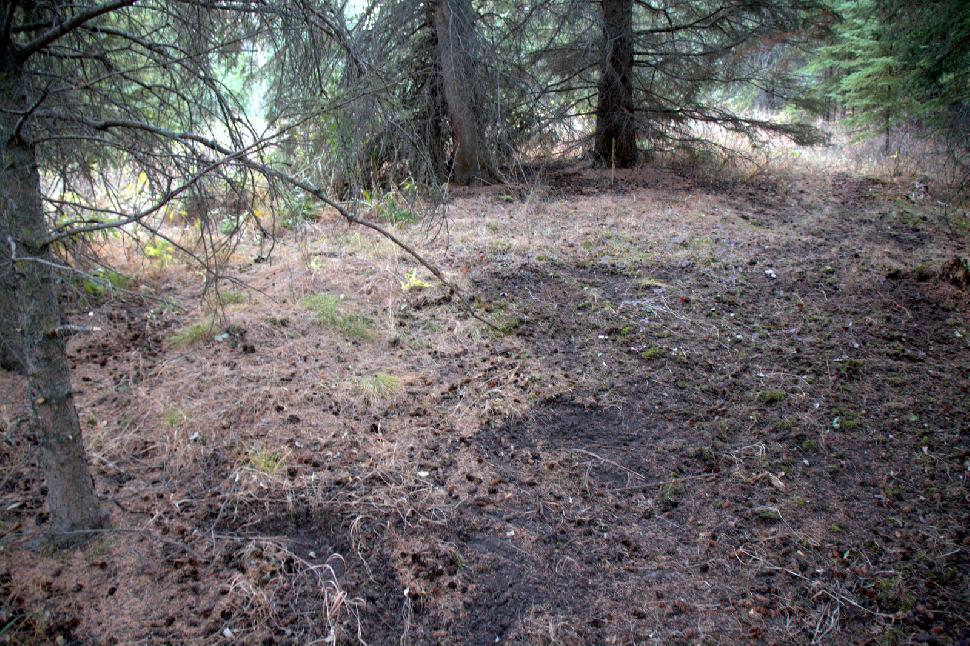