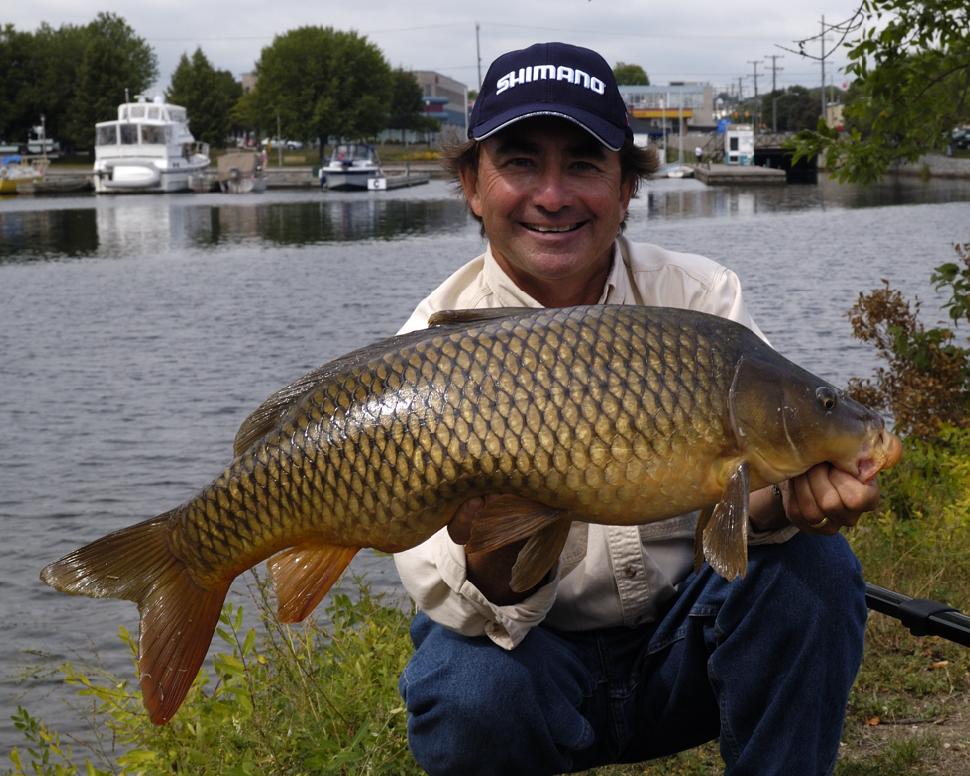 Ontario Says No to Fishing Tournament

Trust me, I am not making this up.

The Ontario government, through the Minister of Natural Resources, has refused to host one of the biggest fishing events on Earth.  Turned thumbs down on an event that would have profiled to the rest of the world some of the province’s most unbelievable natural resource-related tourism opportunities.  Given the bums rush to a good news conservation story that would have been covered by more international media—television, radio, magazine and newspaper—than possibly any other fishing event in the world.  But the Minister has said, “no thanks” to the enormous social and economic benefits—that is much needed jobs and revenue—that would have accrued to the province and the country.

If you’re wondering what I am talking about, it is the 2017 World Carp Championships.  The organizers wanted to stage the 100-percent catch-and-release tournament in Lake Ontario around Toronto.  It would have been only the second time the event would have been held in North America and the first time ever in Canada.  But the Ontario Minister of Natural Resources has thumbed up his nose and scoffed at the international invitation.

Well, it is because the organizers requested a simple Minister’s variation order that would have allowed the contestants from 102 teams from 27 countries from around the world to use two fishing rods for the few days of the tournament.

We’re talking about a signature on a piece of paper for crying out loud.

But it gets even crazier.

Are you ready for this: If the anglers were sitting in boats tied to shore, two rods would be legal because it’s the standard on the Great Lakes where the event would have taken place.  But, if the anglers fish from shore, as is the custom in the World Championships, they would be deemed to be fishing illegally.  Hence, the request for the short term variation order, which I would hasten to point out, is designed precisely to give the Minister the discretionary power to accommodate this very type of thing and is used prolifically by his counterparts in other provinces.

Think it can’t get any sillier? You’d better sit down for this one.

While carp are one of the most sought after game fish worldwide—in places like Britain, Europe, Scandinavia, China, Japan and even the United States—they enjoy a much less celebratory status in Canada.  As a result, there is no carp season in Ontario—it is open year round—and you can shoot them in many locations with a bow and arrow.  Matter of fact, you can kill as many giant carp as your heart desires, even when they’re spawning, and at the end of the day drag home the carcasses to fertilize your rose bushes.

The organizers wanted to profile to the rest of the world the amazing carp fishing that Ontario has to offer and in the process, educate Canadian anglers on the unbelievable angling opportunity for gigantic fish that they’re failing to value and appreciate. They wanted to catch, handle carefully, quickly weigh and then safely release the very same fish they could legally shoot with bows and arrows.

I know what you’re thinking, but hold the thought, we’re not finished yet.

Against this potential social and economic windfall, the Ontario Ministry of Natural Resources is facing a massive fiscal shortfall.  Fisheries science projects are being shelved, staff are being laid off and conservation officers are being told not to drive their boats and vehicles in order save money on gas.  In an attempt to shore up its bank account, Premier Wynne has already indicated her intention to scrap the enormously popular conservation fishing licence, which was a godsend, forcing all anglers to purchase much more expensive full limit seasonal licenses.  It is nothing more than a cash grab, of course, but it will have oh, so serious resource repercussions.

Cash strapped young adults and first time anglers, the very folks we want to get outdoors and engaged in the sport will now think twice about buying an expensive license, as will the husbands and wives of avid anglers who only occasionally accompany their partners.  But the bigger problem will be all the resident and non-resident anglers who start thinking that, since the province has done away with the half limit conservation license, there mustn’t be any problem killing their limit every time they go fishing.  Heck, they’ll even argue that they paid for it.

Talk about sending the wrong message.

Compare that to the fact that the World Carp Championship organizers wanted to spend hundreds of thousands of dollars hosting one of the biggest events of its kind and profile, free of charge, Ontario’s splendid tourist opportunities to anglers around the world, who will potentially visit the province, stay in its motels, hotels, resorts, campgrounds, provincial parks and tourist establishments.  The visitors would frequent restaurants and dining rooms and do all the things international tourists do creating much needed social and economic benefits, creating jobs and filling the province’s coffers.

At the same time, the Championship would shine a bright light on an under-utilized and overlooked natural resource, which for the most part is being wasted today.  And in the process it would educate resident anglers about how to enjoy the fishery responsibly, sustainably and ethically.

But, in order to do it, the Minister of Natural Resources would have to sign his name on a piece of paper which he is not prepared to do.

Like I said, you couldn’t make up this stuff if you tried.