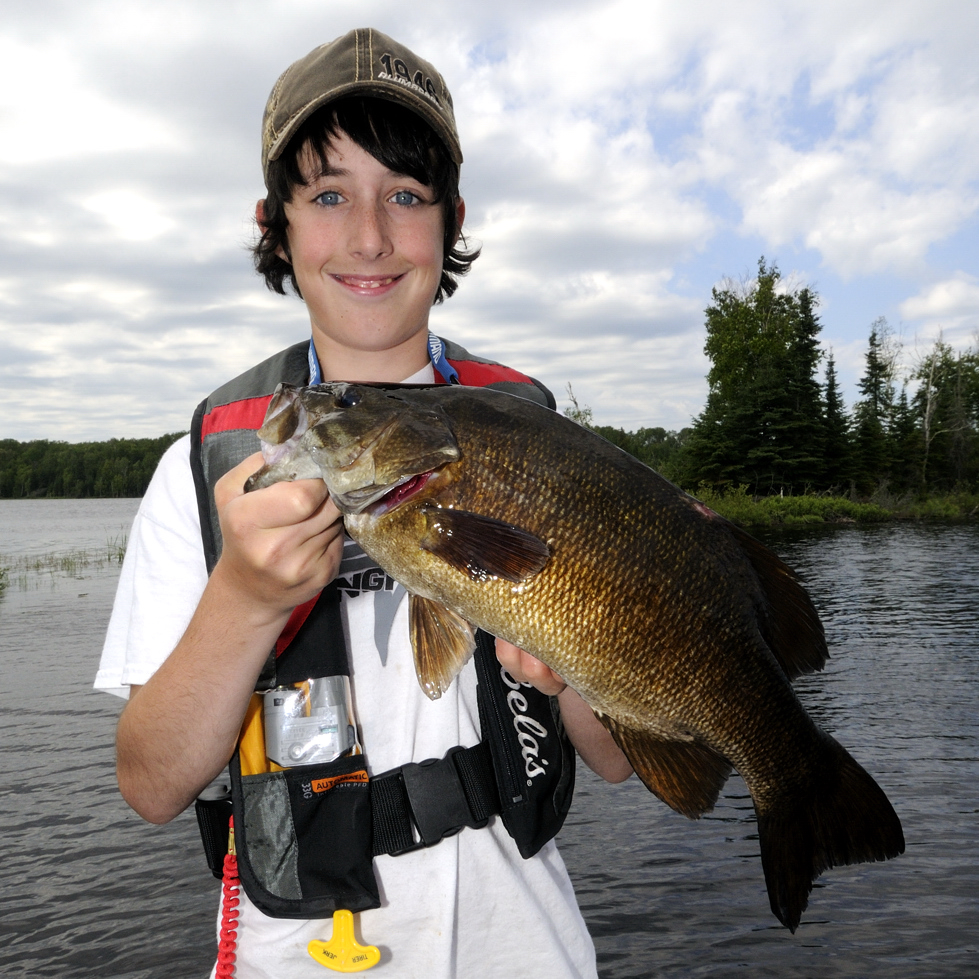 In the spring, guarding male smallmouth bass will stop eating but will absorb water through their skin in oder to make them look big and intimidating to any potential intruders
BlogsOn the Water Online

Do Fish Sleep and Drink?

You have you love young kids, as it seems nothing holds them back from asking questions that the rest of us probably think about, at least once in a while, but are too self-conscious to raise.

The answer is that, yes, fish do indeed, drink water.  But they don’t drink it the same way that humans do.  Instead, they absorb water through their gills and skin by a process called osmosis.

Here is something else that is interesting.  Some species of fish, like male smallmouth bass, eat relatively little or no food while they guard their nest of eggs and fry in the spring, sometimes fasting for weeks on end.  Yet, if you look at a guarding male smallmouth, he’ll usually look fit and not overly gaunt like you might suspect.

The reason is the males absorb (drink) water so that they appear as big and belligerent as they can in order to intimidate and ward off any would be nest robbers.

Instead, most species enter a state of inactivity or rest.  And different species often sleep at different times of the day or night.  Yellow perch, for example, are most active during the daylight hours.  It is when you’ll find them schooling, swimming and feeding in and around vegetation as well as on top of shoals, reefs and other hard structural elements.

When light levels diminish and evening approaches, however, perch descend to the bottom of the lake, river or reservoir and drift out toward deeper water.

Walleye, on the other hand, are the largest members of the perch family.  They’re most active during the night.  As scuba divers will tell you, during the day, you can often see walleye lying on the bottom of shoals and bars with their heads literally stuck between the cracks and crevices of large boulders and rocks.

When evening approaches, it is as though dawn is breaking.  The walleye become much more active and aggressive, feeding heavily under the cover of darkness.  Feeding, by the way, often on those same yellow perch that are “sleeping” on the bottom of the lake.

Like bears, many fish species, especially in the north, also go into a state of near-sleep-hibernation, called torpor.  During the cold water winter months when ice covers lakes, rivers and reservoirs warm water species in particular, like largemouth and smallmouth bass, carp and catfish will spend a disproportionate amount of time lying and resting on the bottom of the lake, where for all intents and purposes, they’re sleeping.

Perhaps the best example, though, is in an aquarium.  When the lights are turned out and the room is dark, you’ll notice most of the fish are totally inactive.  Some rest on the bottom while others rest suspended in the water column.  When you turn on the lights, you wake up the fish and they start moving around the tank.

Similarly, if you’ve ever looked through an underwater camera you’ve undoubtedly seen fish, especially northern pike, lying on the bottom resting/sleeping.  It is not until the camera actually touches them, or spooks them, that they “wake up” and scoot away.  Often in a cloud of mud.