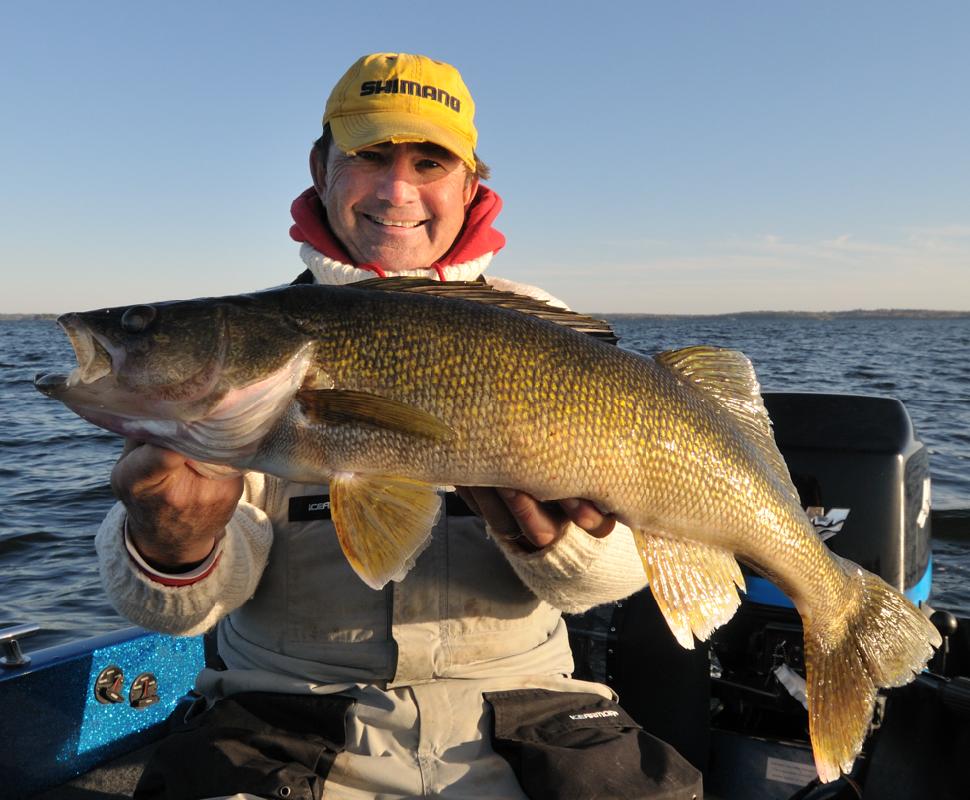 Finding Walleye in the Weeds

I love receiving questions from Outdoor Canada readers because they reflect real fishing problems and situations—and it is fun helping to sort out the riddles.

Take this week’s question from Rory Bagacki, who lives in Fort Frances, Ontario, and fishes Rainy Lake, a giant waterbody along the Ontario and Minnesota border in Northwestern Ontario. I have more than a little experience fishing that lake having worked with the Ontario Ministry of Natural Resources for many years.

Rory’s problem is one that a lot of anglers would love to have. He is having trouble catching walleyes in the weeds, because so many smallmouth bass are intercepting the 1/8- to 1/4-ounce jigs and jerkbaits he is tossing for walleyes. Rory wants to know how he can catch more walleye and fewer bass.

But, I’ve also discovered, as Rory has, that Rainy Lake is one of the exceptions to the rule.

One of the reasons why, is that in the 1980s and 90’s the lake’s walleye population was overharvested primarily by the huge amount of non-resident American-based fishing pressure.  If my memory is correct (I was the Ontario Ministry of Natural Resources Kenora District Manager at the time), it was something in the neighbourhood of 70- or 80-percent of the harvest.

As a result, following year’s of study and public consultation by the OMNR, special walleye regulations, including slot limits, were put in place to rebuild the walleye stocks.

I should also mention, that when the walleye population was under extreme pressure, the smallmouth bass population exploded.  Mother Nature hates a vacuum and in the case of Rainy Lake, filled the niche previously occupied by walleye, with smallmouth bass.

In the decade or so since the regulations have been in place, however, the walleye population has rebounded incredibly well, to the point where today, I consider Rainy to be among the top dozen or so walleye lakes in North America.  The walleye fishing is quite amazing, to be honest, with so many fish in the 24- to 30-inch size range.

But, as the walleye stocks have recovered, the fish have understandably shown up first, and primarily, on the multitude of prime main lake structures – underwater points, saddles, reefs, bars and humps—which, in true Canadian Shield-like fashion, Rainy Lake has in abundance.

The other thing that has occurred is that as the native walleye population has recovered, it has significantly knocked back the numbers of smallmouth and relegated them to secondary locations throughout the lake. Namely, as Rory has discovered, the shallower, weedier areas.

Further to that point, once the walleye population fully recovers I suspect Rory is going to discover ever burgeoning numbers of ‘eyes in the weeds and fewer and fewer bass.

In the meantime, I would suggest he simply spend more time on the myriad of main lake walleye structures, which from my experience are loaded with gorgeous walleyes.

As a matter of fact, the last time I fished the main lake structures on Rainy for walleyes, we had a difficult time catching even a couple of smaller fish for shorelunch. The majority of walleyes were in the four to six pound range with scores weighing seven, eight, and nine pounds.

By the way, this abundance of “larger than normal size walleye” is also indicative of stressed  and recovering fisheries.

Indeed, one of the ways fish populations respond to trauma and thus rebuild the population, is by attempting to lay more eggs. The only way to do that is by having the fish grow bigger, faster, and maturing and spawning earlier.

In the case of walleye, for example, in a lake like Rainy Lake, it is typical for the male fish to spawn when they’re five years old and for females to spawn a year later, around six.  But, when they’re overharvested, they often respond by growing much larger, much faster, and spawning a year or two earlier.

This response by the fish community often confuses anglers who catch the big fish and think that with so many “trophy walleye” in the lake, it must be super healthy.

The same principle occurs when the fish are recovering, and the stocks are rebuilding, as they are doing now in Rainy Lake. They show up first on the main lake structures and eventually in the weeds.