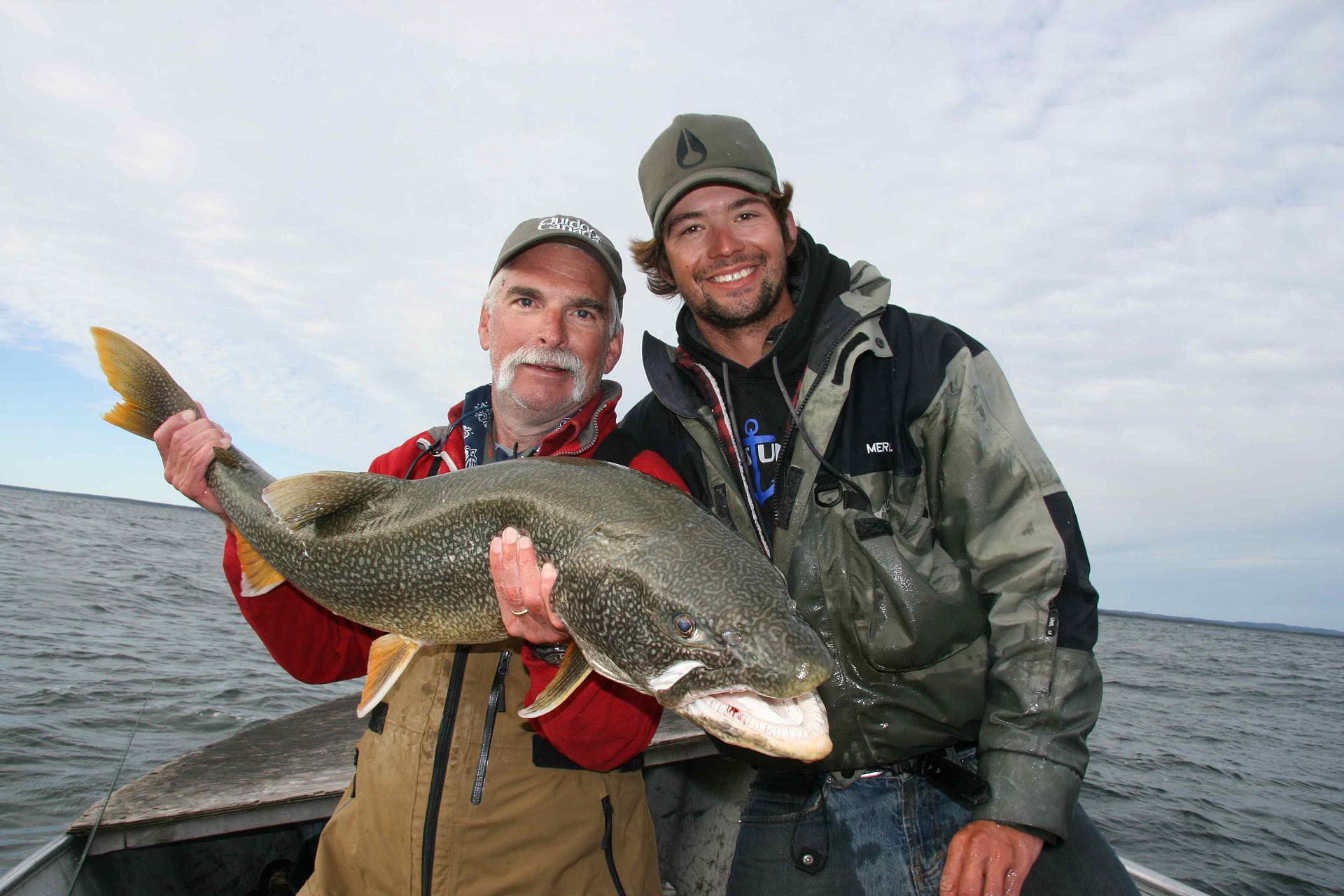 There were strong winds again today, making for another challenging 10-hour stretch of fly fishing for lake trout on northern Saskatchewan’s Lake Athabasca. But fly fish we did, John Cleveland and I, and once again we had a helluva good time, putting several quality fish in the boat in the process. Today we were guided by Creighton, Saskatchewan’s Kelly “Merle” Riehl, just completing his second season here at Lakers Unlimited’s Johnston Island Lodge.

Our first destination, the rocky shoals on the north side of mid-lake Foster Island, ended up being our only destination of the day—the fishing there was that good. As with yesterday, though, we weren’t after numbers of fish. We were after size.

In the end, John and I landed five lakers topping 20 pounds, out of some 50 fish, including eight double-headers. My big fish of the day was 40.5 inches, besting the unofficial Freshwater Fishing Hall of Fame catch-and-release laker record (for 17-pound tippet) I set yesterday by another two inches. John, meanwhile, continued to break his own line-class records, upping the 12-pound tippet record to 41 inches, up three inches from his previous best.

Tonight, it’s quiet in camp. As I write this, John is tying up some fresh Clousers in the magic colours of the week—black, with red flash. We’ve experimented with a variety of colour schemes, but black-and-red has been consistently catching the most fish, hands down. The problem was, we were running out of black flies (I retired the Clouser that brought me my record fish; it was completely beat up). But now, thanks to John’s tying and a mix of tying materials from the guides, we’re back in the game. And a good thing, too—three more full days of fishing await.