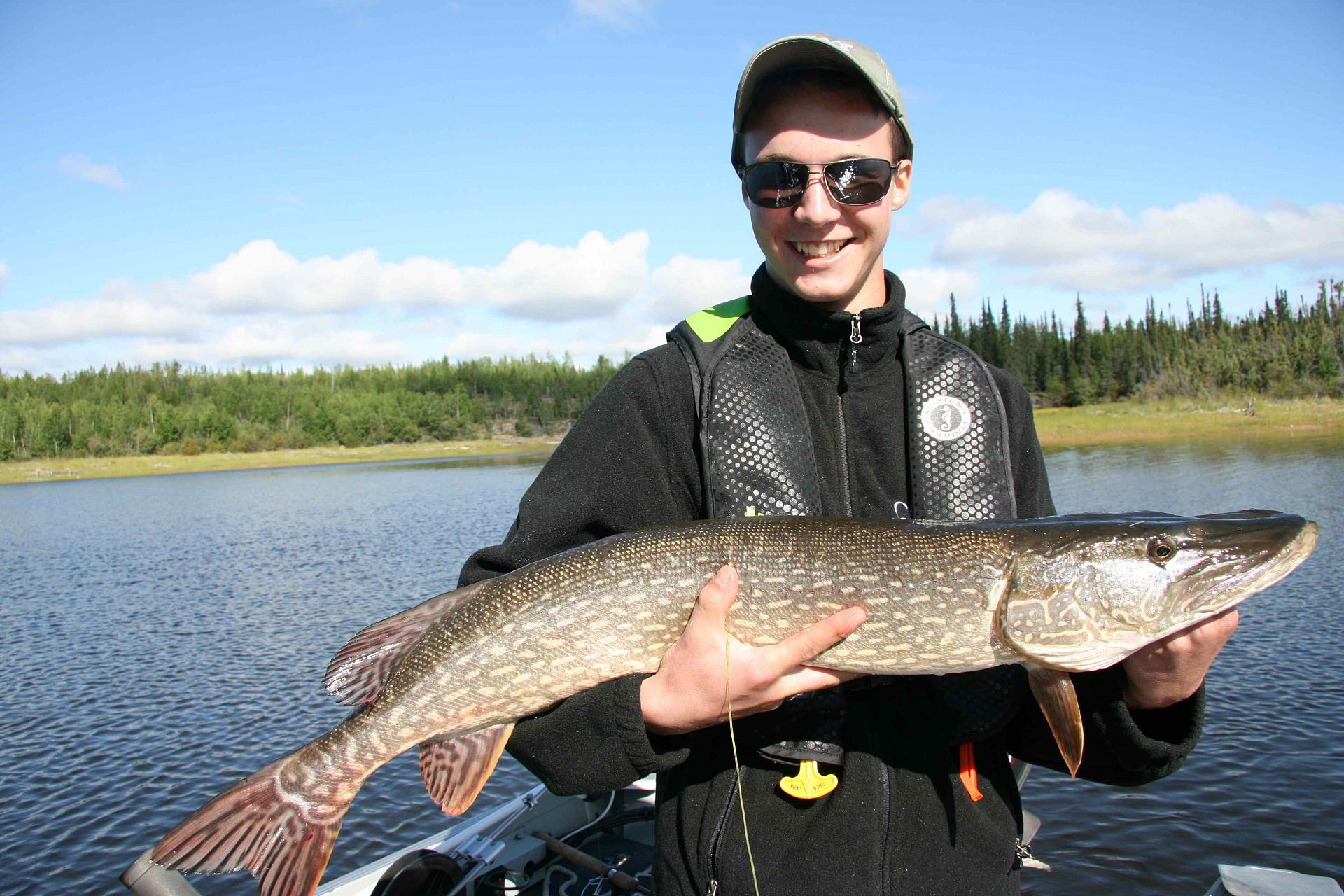 My son, Riley, and I just got off the water after fishing all day for northern pike out of Yellow Dog Lodge in the N.W.T. We’re here doing valuable field research and practical work for an upcoming feature for Outdoor Canada, a father-son fishing travelogue, as it were, with this fine lodge as the backdrop.

Riley is just 15, and while he likes fishing, he’s not hard-core like his old man—especially when the fish are not biting. Well, 33-year-old Yellow Dog Lodge (let’s call it YDL) offers just the ticket for this conundrum: many, many fish willing to bite, so that not only does Riley not get bored, I get to fish to my heart’s content.

Today it was Duncan, and we were not disappointed. It really was a numbers game for the most part; I didn’t bother counting the fish, as there was no end of eager hammer handles and better willing to take my streamer flies and Riley’s hardware—all thanks to our great guide, Garrett Fyfe. Not that we didn’t have some chances with several 40-inch-plus fish, as we saw a few in the skinny water of the weedy bays we were fishing. At least Riley nabbed a 38-incher. And we have plenty of time to work on size, as we’ll be here until Friday. As Garrett said, “Not a bad day. If the wind had of been down we would have caught a lot bigger fish.”

We arrived yesterday afternoon, and in short order we were back in the Cessna and lifting off Graham for yet another lake, Johnston, which lodge owner Gord Gin added to his stable of angling offering just this year. The game here? Walleye. Yes, that’s right, walleye north of 60, and no doubt at the northern extreme of their range. Fishing Johnston was also a numbers game, with Riley also catching the big fish of the day, a six-pounder. Just awesome.

Tomorrow, the plan is to troll Graham for lakers or head back to Duncan for another crack at 40-inch-plus gators, depending on conditions. Also on the fishing menu in the days ahead: Arctic grayling. But most of all, the plan is to just keep having fun.