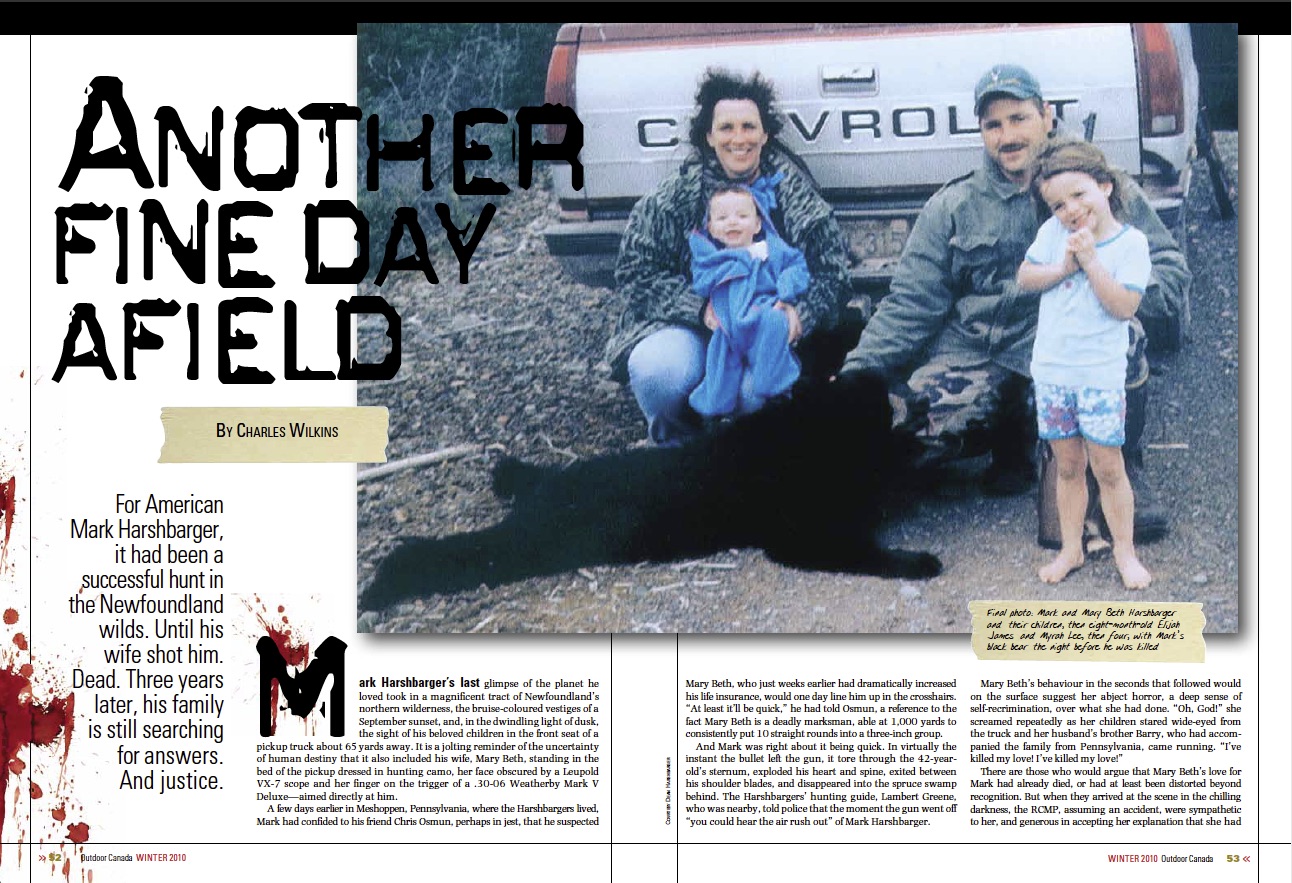 In Outdoor Canada magazine’s Winter 2010 issue, we ran an exclusive investigative piece by Charles Wilkins entitled “Another Fine Day Afield.” The 5,000-word article was about the controversial shooting death of American Mark Harshbarger during a 2006 hunting trip to Newfoundland. The Meshoppen, Pennsylvania, man was shot by his wife, Mary Beth Harshbarger, who claims she thought he was a black bear. At the time, our story garnered a lot of attention in Pennsylvania, including a spot on NBC affiliate WBRE Eyewitness News.

In 2010, Harshbarger was extradited to Newfoundland where she stood trial for criminal negligence causing death. After two weeks of hearings in September, the presiding judge found her not guilty—this when many believed she was actually guilty of first-degree murder. That’s certainly the viewpoint of Mark Harshbarger’s family, as outlined in the Outdoor Canada feature, which precipitated a Fifth Estate episode that aired on CBC shortly after the trial ended (click here to see the episode). NBC Dateline also aired an examination of Mark Harshbarger’s shooting death, “As Darkness Fell” (click here for a preview).

Writer Charles Wilkins was rewarded for his excellent piece in May 2011 with a Gold medal in the Sports and Recreation category at the annual National Magazine Awards.