The Canadian Angler Hall of Fame names this year’s inductee 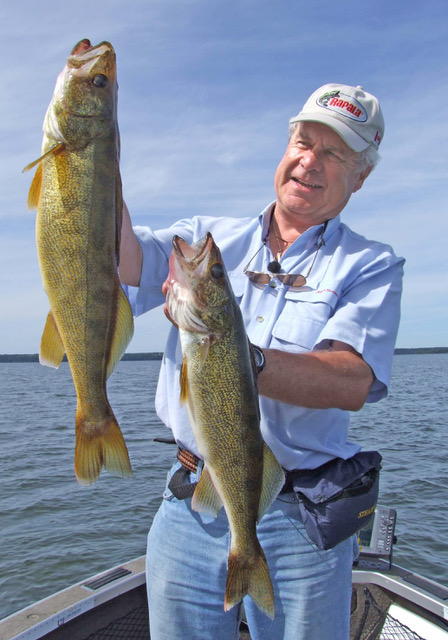 Roger Cannon, who retired as president of Normark Canada in 2008, is this year’s inductee into the Canadian Angler Hall of Fame. The official announcement came during a virtual ceremony on Zoom this morning, hosted by the Spring Fishing and Boat Show. In pre-pandemic years, the induction took place live at the consumer show’s annual sportfishing industry breakfast.

Born and raised in the United Kingdom, Cannon started out in sales with Normark, rising through the ranks to general manager and finally president of the company’s Canadian operations, which he moved from Winnipeg to Oshawa, Ontario, in 1980. During Cannon’s tenure, the Canadian distribution grew substantially, taking on other well-known brands such as such as D.A.M., Cortland Lines, Maglite, Uncle Josh, Lew Childre, Fuji and Gamakatsu. After retiring, he remained on Normark Canada’s board of directors for another five years.

“Looking back over the past 50 years of my time in the industry, it has been a rewarding experience,” Cannon says. “ I continue to live in Oshawa with my wife, Margaret, and spend as much time as possible travelling and fishing in different places and countries around the world.”

As for his induction into the Canadian Angler Hall of Fame? “I feel humbled. It’s a great honour.”

Last year, the Hall of Fame honour went to the late Walter (Oster) Ostapchuk, the long-time chairman and CEO of the Canadian National Sportsmen’s Shows. That ceremony was also held virtually due to the ongoing pandemic. Other past inductees include Bob Izumi, Dave Mercer, Angelo Viola, Pete Bowman and Outdoor Canada’s fishing editor, Gord Pyzer. Learn more about the 14-year-old Canadian Angler Hall of Fame here.