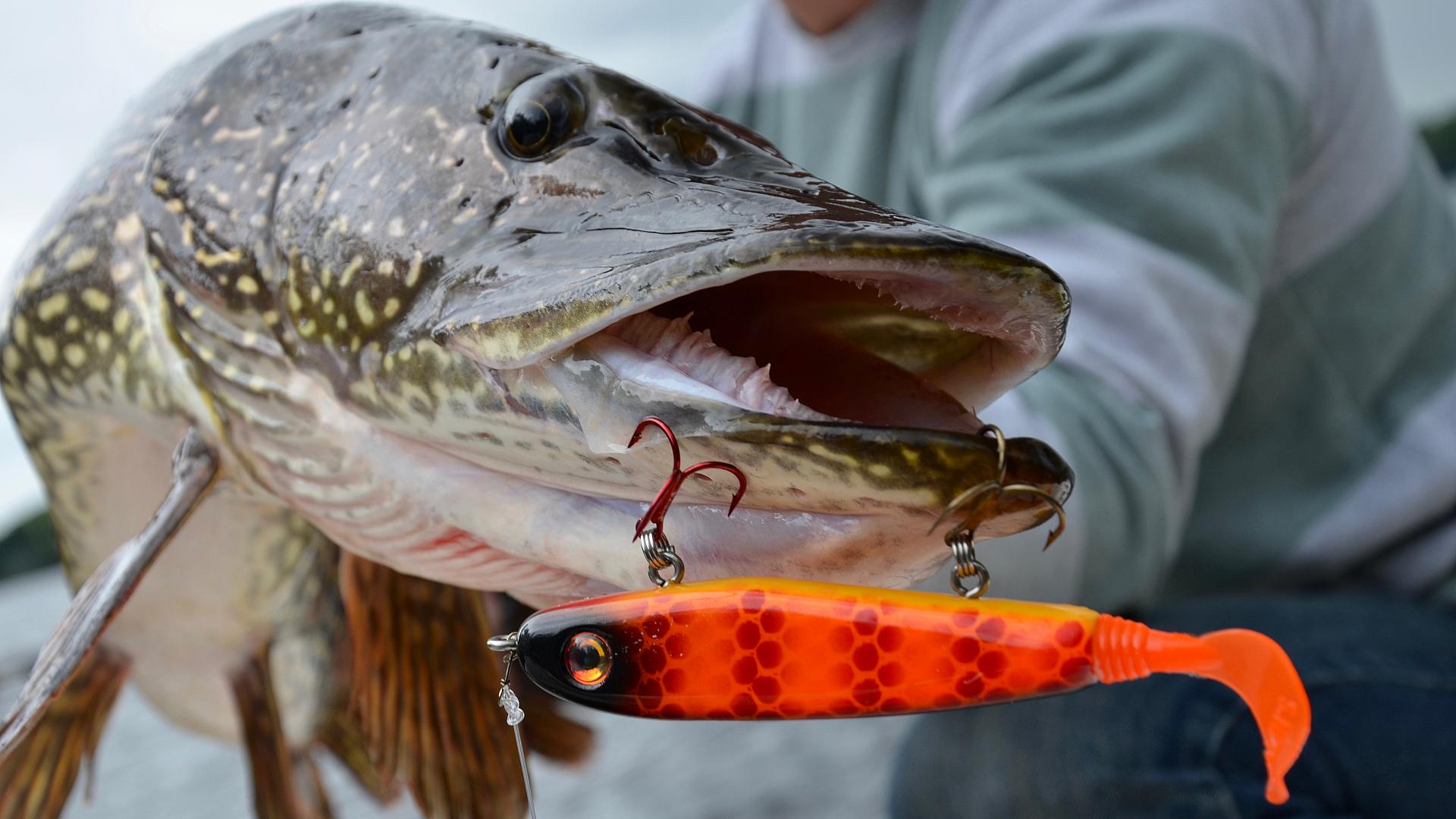 How to hammer early-summer northern pike with glide baits

A large, dark shadow appeared in the crystal-clear water behind my glide bait, getting closer and closer as the lure walked seductively from side to side. With every snap of my wrist, the Phantom Softail changed direction, and the looming shadow moved with it. Then I cranked up the speed as the lure drew closer to the boat, changing its slow, wide, methodical action to a tight, erratic scramble. It was just too much for the big northern pike to resist. Fish on!

Caught on a Canadian Shield lake near Magnetawan, Ontario, that 43-inch fish ended up being my biggest pike of the season. And I landed it at the end of June, a time when most other anglers have already traded in their spring pike gear. For the fortunate few of us who stick it out, however, there’s still plenty of action to be had. With a few minor adjustments to your spring pike program and the addition of the often overlooked but productive glide bait, the early-summer period from the beginning of June to the middle July is a great time to catch numbers of northerns, as well as trophy fish.

Glide baits are by no means new to the sportfishing scene. Muskie hunters and saltwater anglers have been using them for decades, but only recently have they started to gain popularity with pike anglers, and for good reason. Their side-to-side action is absolutely deadly for triggering big northerns to bite—if you know when, where and how to fish them.