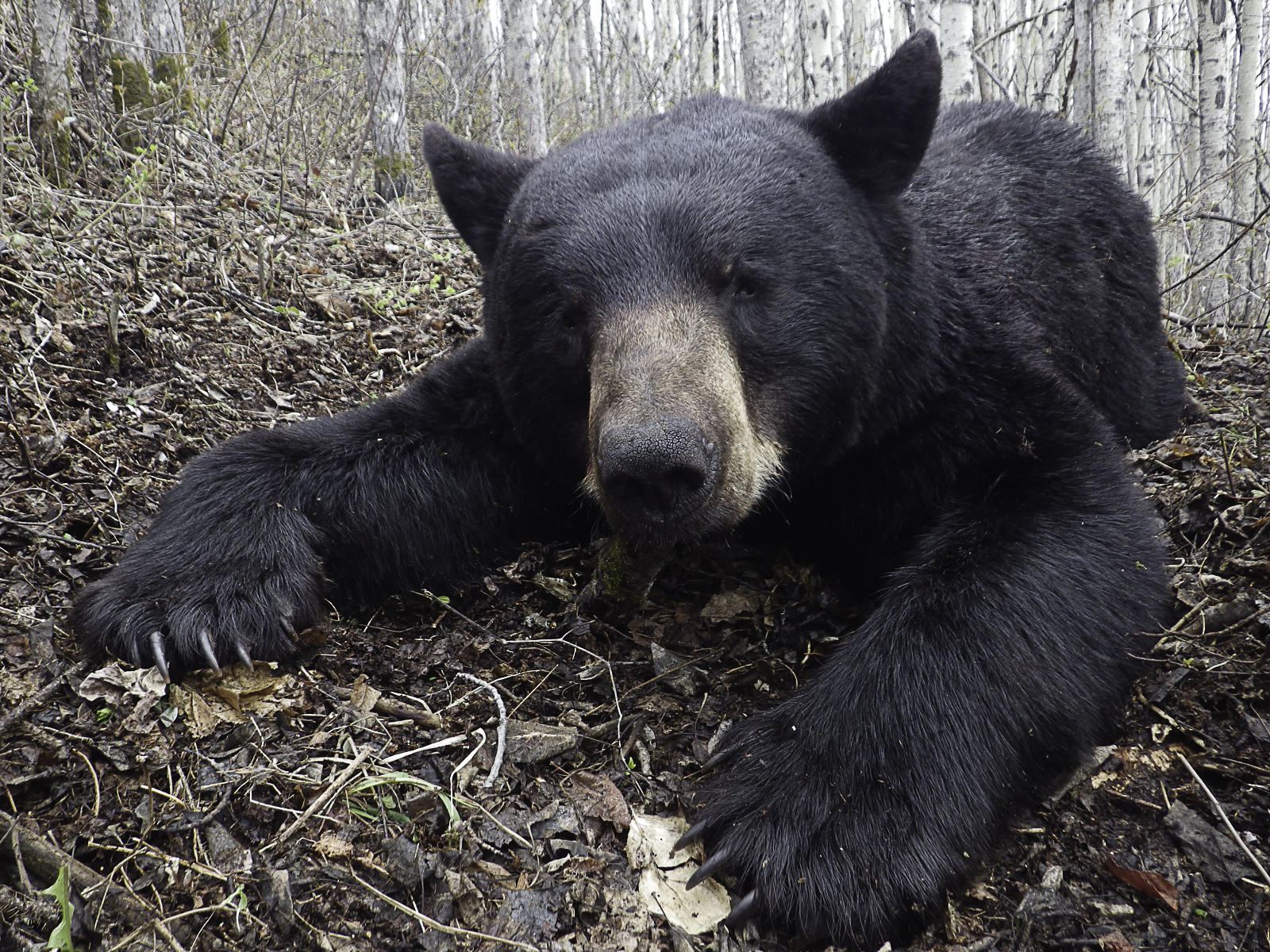 How to make bear baiting worth the work

Bear baiting has the reputation of being unfair, meaning that the bowhunter has an unsporting advantage.  But contrary to what has been written, bear baiting is far from easy even once the bait is established and supplying calories to multiple bears. For example: not all bears feed from the bait during daylight, some explicitly only feed during the night.  I enjoy the weekly routine of bowhunting baited black bear but it is hard work, frustrating at times and of course, fun.

Bear baiting is a ton of work even after initially setting up the bait station and tree stand or blind.  For example, all week long I’m stopping by at several butchers to collect and store meat and bone scraps to feed visiting bears.  I purchase liquid berry syrup, called ‘bear magnet’ at Cabela’s each week to give our baits a sweet smell.  After stock piling all week long, my truck is then loaded and I haul the food to my bear hunting area.  From there, I hook up my ATV utility trailer and tow my ATV with its ATV trailer attached loaded with rolled oats, discarded restaurant grease and meat scraps to each bait site to replenish it.  Re-stocking each of our baits sites is a full days work.  I do not mind the work at all as it’s great to be outside after winter and away from my computer desk.  However I do bring my laptop to each bait site to view the trail camera pictures to see what’s been happening all week.

I have arrived many times on the weekend to find all barrels completely empty.  Oats are a good economical choice for bait, topped with restaurant grease.

Scouting from the office

Despite office work all week, baiting with trail cameras allows scouting in parallel.  I always purchase metal security boxes for my browning trail cameras as bears will destroyed unprotected trail cameras.  The browning metal case and operation is the best I have used with simple hassle free operation and easy to lock.  Once ravens find my bait, the picture count increases drastically and many times I have over 20,000 pictures to view before I decide where to hunt.  There a few things I look for when deciding where to hunt, for example: bear density, trophy quality and the amount of daylight activity.  Big boar’s are smart it does not take much disturbance or foreign sounds and smells for them to go nocturnal, or even start out that way.  Many bears, specifically boars will attract other bears, potentially even larger record book bears. Bowhunting bears of that caliber takes persistence and patience and in the end – luck.  There is no way to lure a bear into a bait site earlier in the day, besides a hot sow.  A few options to consider are:  bow hunt smart and hard in hopes that you’ll get lucky one evening when he comes into feed early just before last light; do not hunt the bait at all until sows start coming into heat and are feeding at your bait site, which should occur during the last week of May and first week of June or finally, stalk in at first light and arrow him at the bait.  All three have proved no easy task when I attempted them.

The biggest advantage running bait sites with cameras is knowing well before hand the size, stature and condition of the visiting bears. I knew this bear was ‘shooter’ status and identified him quickly by the scar above his left eye.

I do not bother hunting until a target bear appears on camera, which is usually one to two weeks after initially setting up the bait.  To setup the bait, I wait for all of the snow to melt which usually seems to be around mid-April. As bear bowhunting enters mid may, the rut begins and dynamic of bait changes daily.  Hormones increase and it’s fairly often to witness boars battling each other for breeding rights.  Unfortunately, past experiences has proven that many of the bigger boars seen on trail camera, vanish.  I suspect they are roaming the countryside looking for sows in estrus.  Despite disappearing from the camera pictures, I still continue to hunt the bait, especially if it has breeding sows as it is only a matter of time before a dominant mature boar return to breed her.

Trail camera pictures are a must for targeting large boars.  I have been bowhunting the bear on the right for four years.

I find it to be a tricky balance between over hunting a bait in hopes to arrow a specific bear and not hunting enough even when trail cameras do not record him, because you never know when he’ll come back.  Bowunting baited bruins is just like every other method of bowhunting, there are no guarantees.  It is a ton of work and can be frustrating seeing your target bear hang up out of range until darkness falls.  However, the weekly routine of re-stocking the bait, checking the cameras and hunting for a specific bear is challenging, good exercise and lots of fun.

How to prepare for spring bear hunting season