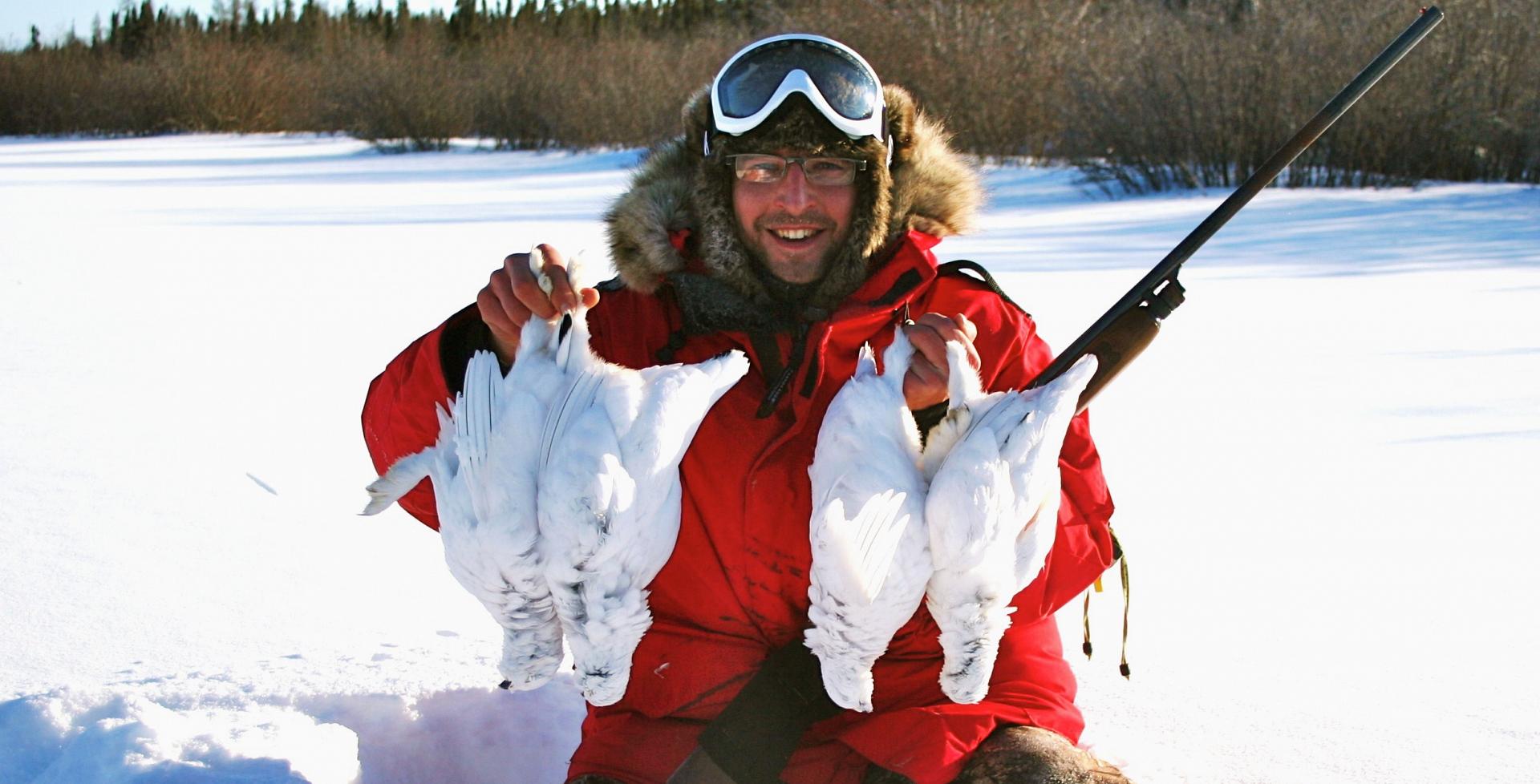 Hunting ptarmigan in winter: The 5 things you need to know

Well known for their impressive moults, ptarmigan seasonally transform from their mottled summer plumage to stark white winter camouflage. Provided they remain motionless, these birds can disappear into their snowy surroundings almost perfectly, becoming nearly undetectable. That said, any capable hunter can be successful if good numbers of the birds are present.

Willow ptarmigan are members of the Galliformes order of chicken-like birds, such as grouse, pheasant and turkeys. Unlike others in the order, however, they have seasonal migration patterns. During summer and early fall while rearing their young, willow ptarmigan spread out in lower population densities across the tundra. As winter approaches, they begin to congregate into larger overwintering flocks and hopscotch their way south into the shelter of old-growth boreal forests.

Why do they migrate? During the dead of winter, the tundra’s stunted willow shrubs are buried, and the barren landscape offers no shelter from the relentless icy winds. Based on the severity of the winter, the birds will migrate as far south into the boreal forest as needed to find better food, shelter and overwintering habitat.

Because it’s based on need, the willow ptarmigan migration is not as well defined as that of waterfowl or shorebirds. For instance, populations at the southern extent of the species’ range may not move from summering to wintering habitats, because they already have what they need to survive the winter.