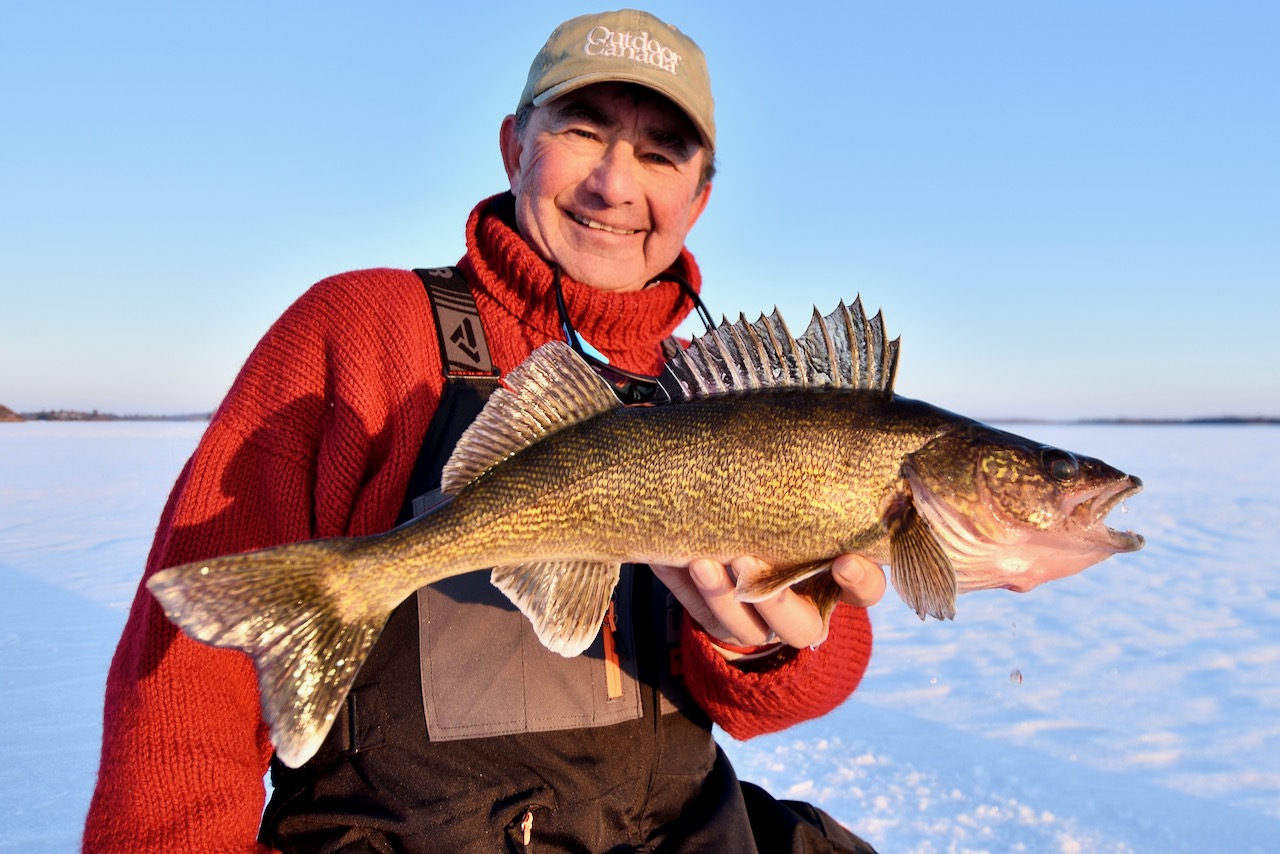 This winter, tackle more walleye wherever they swim with these 12 time-tested tactical tips

Ninety per cent of the double-digit winter walleye I’ve iced have had a lipless crankbait stuck in their mouth. Livetarget’s Golden Shiner is the lure that broke the lipless game open, and it’s still one of my top three choices. The Kamooki Smartfish (above) and Rapala Rippin’ Rap round out my dance card. Lipless crankbaits work wonders on all walleye lakes, but they excel on the largest bodies of water that lack an abundance of structure. Here I’m referring to places such as Saskatchewan’s Last Mountain Lake, Manitoba’s Lake Winnipeg and southern Ontario’s Bay of Quinte. The walleye in these lakes roam far and wide, and no lure style attracts them to your hole faster than a noisy, fluttering, vibrating, flashing lipless crankbait.

Even when winter walleye endure heavy fishing pressure, lipless crankbaits will still deliver fish to your hole. To seal the deal, however, you may have to wrap a salted emerald shiner around the belly treblehook—a deadly dressing—or skewer a minnow head onto each hook point. An even more effective presentation, however, is to jig a lipless crank as the attraction lure in a three-hole set-up, as outlined in the next tactic.