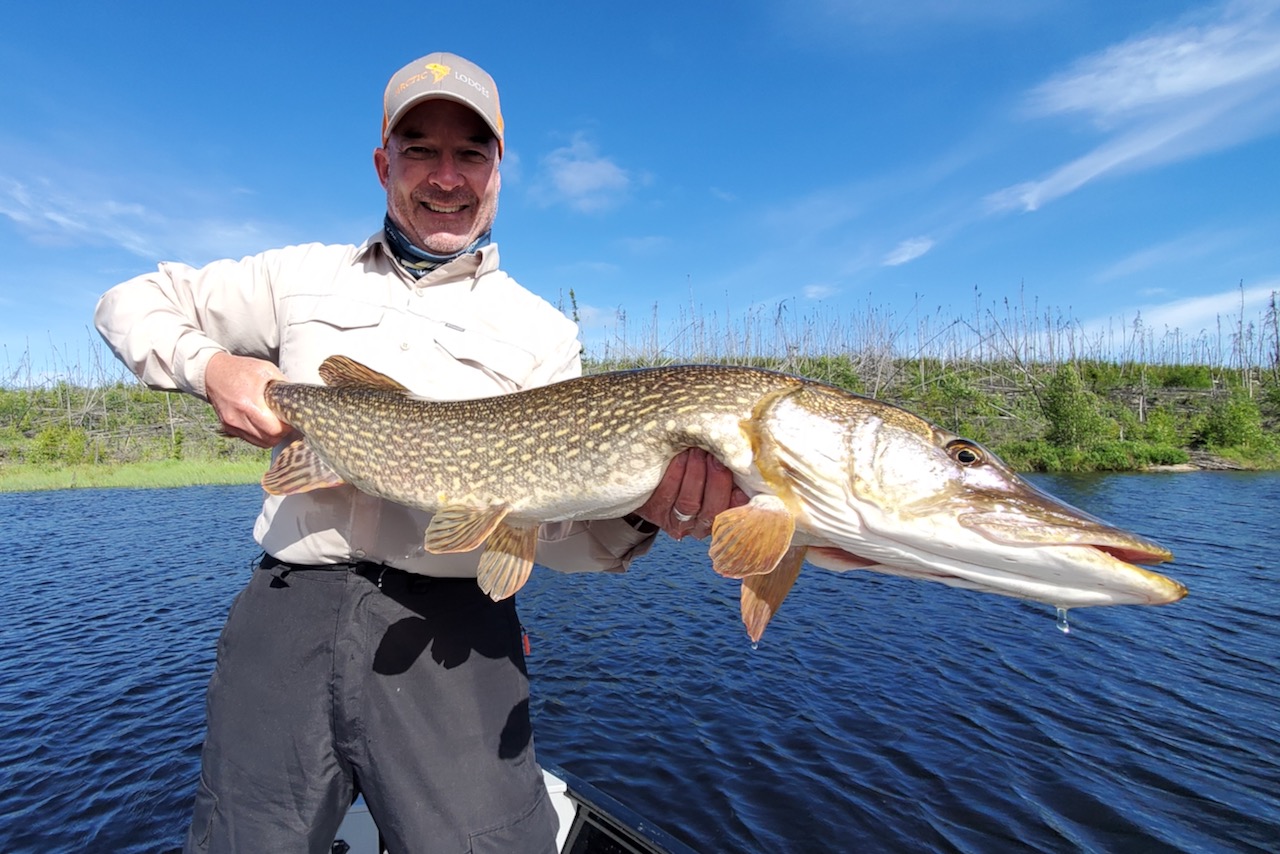 There’s no quick and easy way to get to Dewdney Island, nestled midway up northern Saskatchewan’s massive Reindeer Lake, Canada’s ninth largest lake. To get there on your own steam, you’d first have to drive for seven hours from Saskatoon, up through Prince Albert, then La Ronge, before finally reaching the end of the highway at the tiny, far-flung community of Southend. From there, you would need to climb into a boat and make the arduous and potentially treacherous (depending on the fickle northern weather), 100-kilometre trek through Reindeer’s labyrinth of 5,500 islands to finally reach Dewdney.

No, there’s no quick and easy way to get to Dewdney Island, home to Arctic Lodges, unless, of course, you are heading there as a lodge guest. In that case, you simply get yourself to Saskatoon and the lodge takes care of the rest, complete with a two-hour private charter to the 1,500-metre airstrip on nearby Malcolm Island, then a 10-minute boat ride to the lodge itself. Such isolation pretty much guarantees guests will have the surrounding, unpressured waters all to themselves, and that’s exactly one of the main reasons my fishing buddy Ted Cawkwell and I opted to venture to Arctic Lodges early last July.

We also knew the fishing would be outstanding if only because of the lodge’s geographical location, just below the 60th parallel and smack dab in the middle of Canada’s boreal zone. Draw a line due east and you’ll hit Hudson Bay. Over the years, Ted and I have fished plenty together in this part of the world—he even once owned and ran a lodge a little further to the north—so we knew exactly what to expect: big fish, and lots of them. In particular, we had our sights set on Reindeer’s hefty lake trout and giant northern pike, which we planned to target with both our fly rods and hardware.

I also expected, perhaps foolishly, to be greeted by the same typically cool and fresh temperatures of my past early summer visits to Canada’s north country. But last year was no ordinary year, and most likely an unwanted harbinger of things to come. Just days before Ted and I arrived, Lytton, B.C., a good 1,500 kilometres to the southwest as the crow flies, set Canada’s all-time heat record three days in row, boiling the mercury to 46.6°C, 47.5°C and 49°C on June 27, 28 and 29, respectively. And by the time we landed on Malcolm Island on the morning of July 2, that crippling hot air mass had crept its way eastward over the Prairie provinces.

So, imagine my surprise when Ted and I and the other guests stepped off the twin-prop Beechcraft 1900 and onto the packed sand-and-gravel airstrip, only to be greeted by the morning sun beating down like it thought we were in the tropics. It was only 8:30 a.m., and already the temperature was pushing 30°C, the warmest weather I’d ever experienced in Canada’s north country. I knew it would be unseasonably warm, but not that warm. Actually, “warm” is the incorrect descriptor—it was downright hot. I turned to Ted and said, “The fishing is going to be a challenge.” He just shrugged, ever the optimist. As it turned out, my concerns were unfounded.