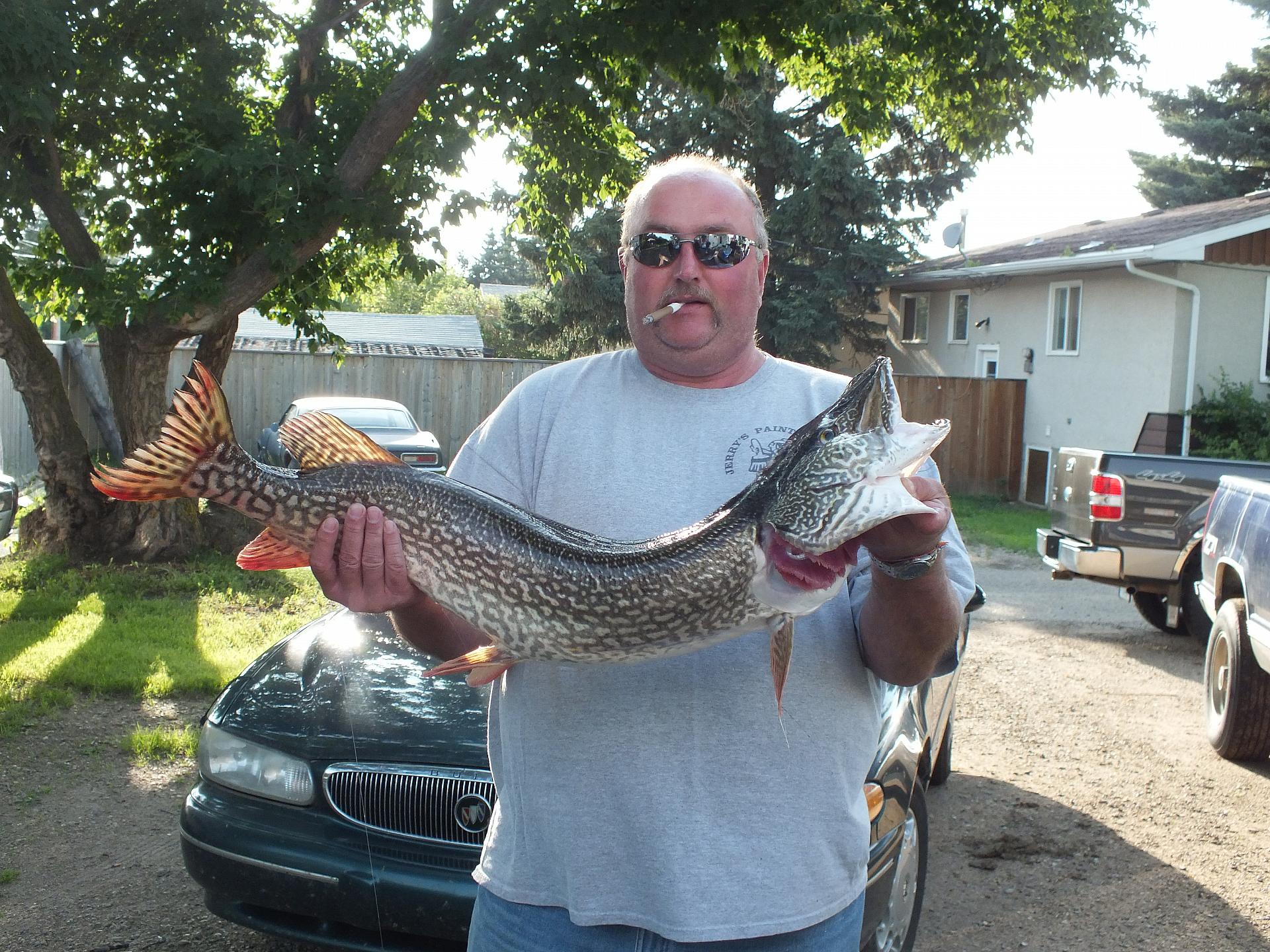 We’ve all heard the stories—pike or muskie chomping down on loons, small ducks or, shudder, kittens. However, it’s rare that you actually see evidence. Until now…

John Witvoet’s fishing trip on the second Saturday in August began like many of his others. The long-time angler and his twin 28-year-old sons, Jason and Jesse, made the ½-hour trip from Witvoet’s home in Ponoka, Alberta, to Gull Lake to fish for pike. “We usually carry a cooler to put the fish in, and I said to the boys before we launched, ‘that cooler’s not big enough for the one that I’m getting today.’” Witvoet recalls.

It was shortly after 10 in the morning when they hit the water and less than five minutes from the launch when a big fish slammed Witvoet’s red and white Daredevle spoon. Witvoet says his sons knew it was trophy when it came in view of the boat. “I’m reeling him in and we can see the fish and both of the boys go at the same time, ‘holy man dad, look how big that is.” As the anglers forgot their net at home, it took Jason all he could to reach over, grab the fish behind the head and lift it into the boat, Witvoet says.

At 42 inches, the pike was too long for the cooler, only fitting when bent at both ends. It was 19 inches in circumference and weighed 20 pounds. However, Witvoet and sons didn’t realize until later that the pike was actually carrying some extra weight.

While the trio beat the water all day, they didn’t catch any other fish and called it a day around 4 pm. That evening, Jesse was cleaning the pike when he noticed an unusual mass in the fish’s stomach. “The belly looked really full,” Witvoet says, so he suggested that his son investigate.  “I said, ‘let’s see what fish it ate today.’ Jesse starts cutting it open and all of a sudden a duck falls out.”

“We had no clue it was in there because it was a big fish,” Witvoet says. “I know that jackfish eat other jackfish or other fish, because I’ve seen that before. But it’s quite a thing to catch a fish with a bird in it.”

Witvoet and family enjoyed fillets of the big pike fried up with a little butter, onions and lemon pepper but chose not to feast on the three- to four-pound bird, known locally as a mud duck.

Says Witvoet: “It already got ate once, I figured that was good enough.”

See below for photos of Witvoet’s curious catch.