This prairie angler tangled with giant sharks—in the dark!

Fishing for these apex predators is tricky. Now imagine doing it at night 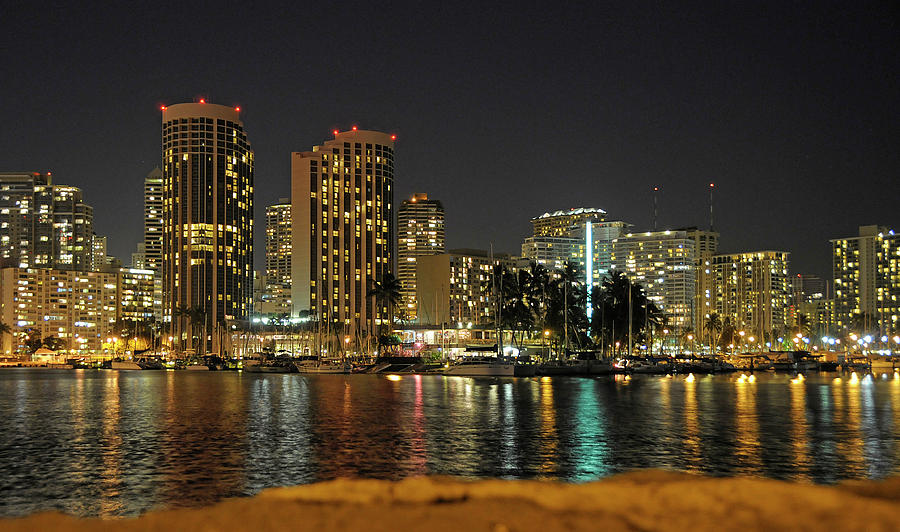 As we pulled out of Honolulu’s Kewalo Harbor and into the pitch-black night, my adrenaline flowed in anticipation of what would hopefully be an exciting night of fishing. At the same time, I wondered what dangers nighttime on the vast Pacific Ocean could bring, especially considering our quarry—sharks. And as an angler used to running my own boat, I also felt a little helpless being completely in the hands of the captain. Then as the boat chugged between the lighted marker buoys showing the path to open water, the captain began blasting death-metal music over the sound system. That made me laugh, breaking the tension.

Over the years, I’ve had the pleasure of battling sharks while fishing in the Bahamas and other Caribbean destinations. Some fights were straight hook-ups, and others were the result of a shark attacking and inhaling another smaller fish I was reeling in. Those adventures left me with vivid memories of great tussles, close-up encounters with giant toothy critters and admiration for just how aggressive and vicious these saltwater predators are.

But this encounter would be different from all the others because we were heading out at night. Joining me was my son Kyle and our friend Jamie Dahlman, while our families remained back at the hotel getting ready for bed, like most normal travellers after spending a day in the scorching Hawaiian sun. 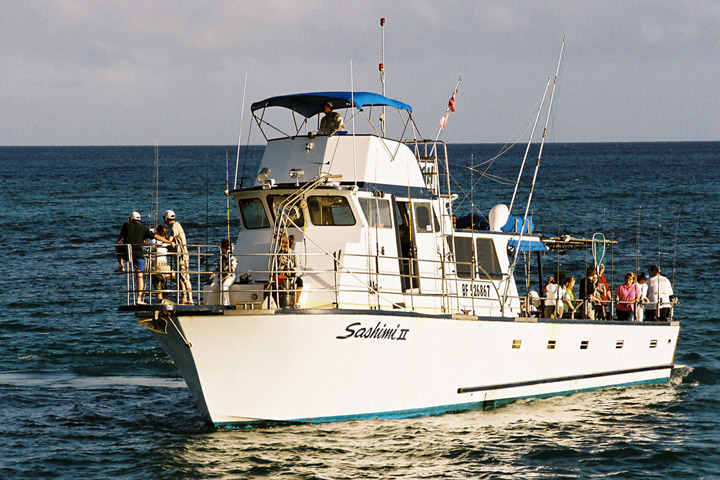 According to plan, we met at the dock at 10:30 p.m., where the crew briefed us on the safety features of the 65-foot Delta sportfishing boat, the Sashimi II, and explained how the evening would unfold. With that, we were on our way, in search of Galapagos, grey reef, white-tipped reef, thresher, hammerhead and tiger sharks.

Once we were clear of the marker buoys, the ship’s engine roared and we picked up speed, heading south into the open ocean. Behind us, the bright lights of Honolulu soon faded into distant dots on the horizon, and before long we slowed down and the engine came to a stop. That’s when the death metal went quiet and the captain piped up, “Let the fishing begin!”